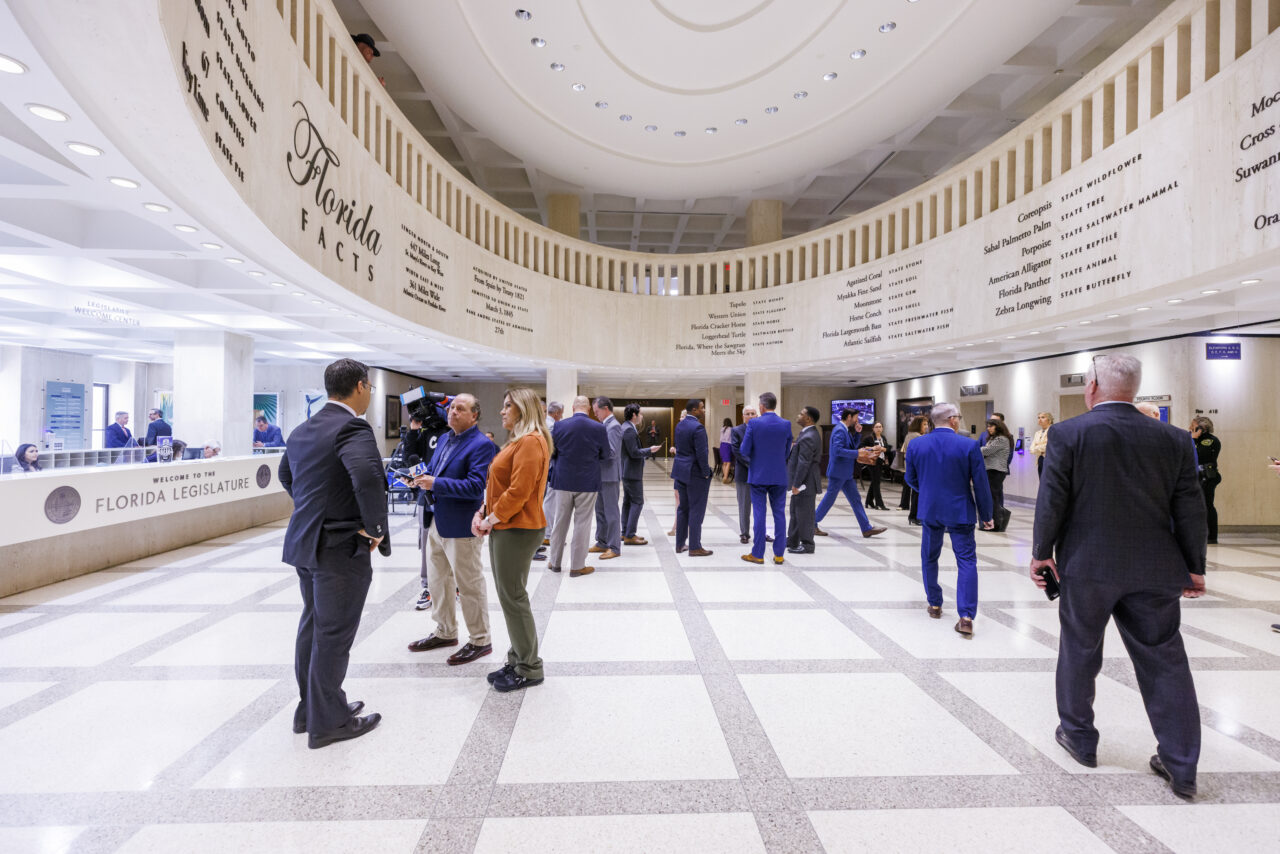 A rundown of the top earners in the second quarter.

The state’s biggest lobbying firms may be scooping up well over $2 million a quarter, but there’s still plenty of work to go around for the rest of the lobby corps.

In fact, many of the firms lingering just outside the Top 5 are putting up numbers that could go toe-to-toe with the bluebloods if team size is considered. Here’s a rundown of how the rest of the firms in the Top 15 fared in legislative lobbying revenues last quarter.

But first, a primer. Florida Politics estimates how much firms earn based on the middle number of the per-client ranges they list on their compensation reports. Contracts are reported in $10,000 increments. Compensation reports also include firm-level ranges, which can give outsiders a rough idea of their minimum and maximum earnings.

The team at Greenberg Traurig represented 90 clients and earned an estimated $1.1 million in the first quarter.

A half-dozen other clients were marked down at $35,000 on the legislative side. One of those clients was the Seminole Tribe of Florida, which is still battling the federal government over the new Gaming Compact allowing them to oversee sports betting in the state. The Tribe saw progress on that front this week when the U.S. Department of Interior filed a brief in support of the deal.

The bottom line of the firm’s legislative report shows the firm earned at least $1 million lobbying lawmakers, but the firm may have earned as much as $1.48 million.

Amscot Financial paid the firm $51,000 for help in the Legislature. The Tampa-based company is best known for its check cashing and payday loan products, though it offers a range of other financial services such as money orders, wire transfers and notary services.

The overall range listed on MHD’s report shows it earned at least $1 million in legislative lobbying pay. At the top end, the firm could have earned $1.4 million.

The team’s top contract was with Fontainebleau Development, a South Florida-based luxury real estate development company behind the eponymous Fontainebleau Miami Beach and several other well-known hotels and resorts. It paid Corcoran Partners $68,000.

The Florida Optometric Association, one of the belligerents in the long-running “Eyeball Wars,” as well as The Big Easy Casino, a South Florida gaming venue, each chipped in $35,000 for the quarter.

Several major corporations — including some Fortune 500 companies — were listed further down on the report. Walmart, Verizon and Coca-Cola are but three examples.

Corcoran Partners’ overall range show it collected between $500,000 and $1 million in legislative lobbying fees, and contract sizes indicate it was closer to the ceiling than the floor.

Led by Bill Rubin and Heather Turnbull, the firm represented 78 legislative clients in Q2 and reported earning between $500,000 and $1 million for its efforts.

Their legislative report listed 78 clients. HCA Healthcare was at the top on the list with $56,000 in pay, which exceeds the cap on range reporting.

Agriculture powerhouse Florida Crystals and Charter Communications, the No. 2 cable TV and internet provider behind only Comcast, followed at the $35,000 level alongside The Richman Group of Florida and Twelvetrees Three.

Other major companies represented by Rubin Turnbull & Associates include health insurer Aetna, cruise giant Carnival Corporation, both of which paid $25,000 for the quarter.

Smith Bryan & Myers rounded out the top 10 with an estimated $815,000 earned lobbying the House and Senate.

Three clients followed at the $25,000 level, including The Family Law Section of the Florida Bar, which led the opposition to this year’s alimony reform bill, which was vetoed by the Governor in late June.

Another 30 contracts measured in at $15,000. Several of those companies hailed from the health care industry, including the Florida Health Care Association, the Florida Hospital Association and Johnson & Johnson.

Other notable clients at the $15,000 level last quarter included the National Football League, Publix and the University of Florida.

Overall, SBM reported between $500,000 and $1 million in incomes lobbying the Legislature. Per-client pay ranges indicate it may have come close to the upper limit.

The half-dozen lobbyists at Anfield Consulting entered the cracked the top-15 with second-quarter earnings of $725,000.

In 2010, a 13-year-old Hawari was wrestling in a school tournament in Osceola County. His opponent slammed him to the mat and Kareem suffered brain damage, according to a relief bill that sought $3.5 million in compensation. It was approved in the 2022 Legislative Session.

The Polk County Commission and WSP showed up at the $35,000 level with an additional seven clients dishing $25,000 to the lobbying firm in Q2.

Anfield Consulting reported earning between $500,000 and $1 million for the quarter. Top end estimates show it may have earned as much as $940,000.

Johnson & Blanton finished the second quarter with $660,000 in legislative earnings.

Advent Health and FHA both stand to benefit from a budget item in the 2022 Legislative Session that directs $125 million to training and recruitment programs addressing the nursing shortage in Florida. Both paid J&B $35,000 for the quarter.

Team J&B represents several other health care interests and has cultivated a reputation as one of the top health care lobbying firms in the state.

The firm also represents several major non-health care interests, such as Bank of America, the Florida Chamber of Commerce and the Florida Retail Federation.

The bottom line of Johnson & Blanton’s report shows it earned between $500,000 and $1 million in Q2. Using the top end of per-client ranges, the firm could have earned the full $1 million.

The first was Miami’s municipal government and the other was Vertex Pharmaceuticals, a Boston-based company that is a component of the S&P 500 and the Nasdaq 100.  Atlantic Sapphire USA, Bethune Cookman University, Florida Memorial University and Homesafe1st followed at the $25,000 level.

Two dozen other principals were listed in the $10,000 to $20,000 pay range, including a cohort of local governments in South Florida such as the city governments for Cape Coral, Lauderdale Lakes, North Lauderdale and South Miami.

Some recognizable names were also listed among Becker’s set of up-to-$10,000 clients. They included AT&T, Florida Poly and the Safety Net Hospital Alliance of Florida.

The trio represented 53 clients in the Legislature. The biggest payday came from Burrell Diversified Investments, which paid $35,000 for the quarter. Alkermes, Citrus Health Network, the Florida State University Foundation, HCA Healthcare and The Home Depot each provided The Mayernick Group with $25,000 in retainers.

Just over half of the clients on the firm’s legislative report were listed in the $10,000 to $20,000 range. The set included major corporations such as AT&T as well as a handful of statewide professional groups such as the Florida Behavioral Health Association, Florida Health Care Association and Florida Medical Association.

Other notable names on the list include Anheuser-Busch Companies and bestbet Jacksonville, a gaming outlet that offers poker, simulcast wagering and other pari-mutuel fare.