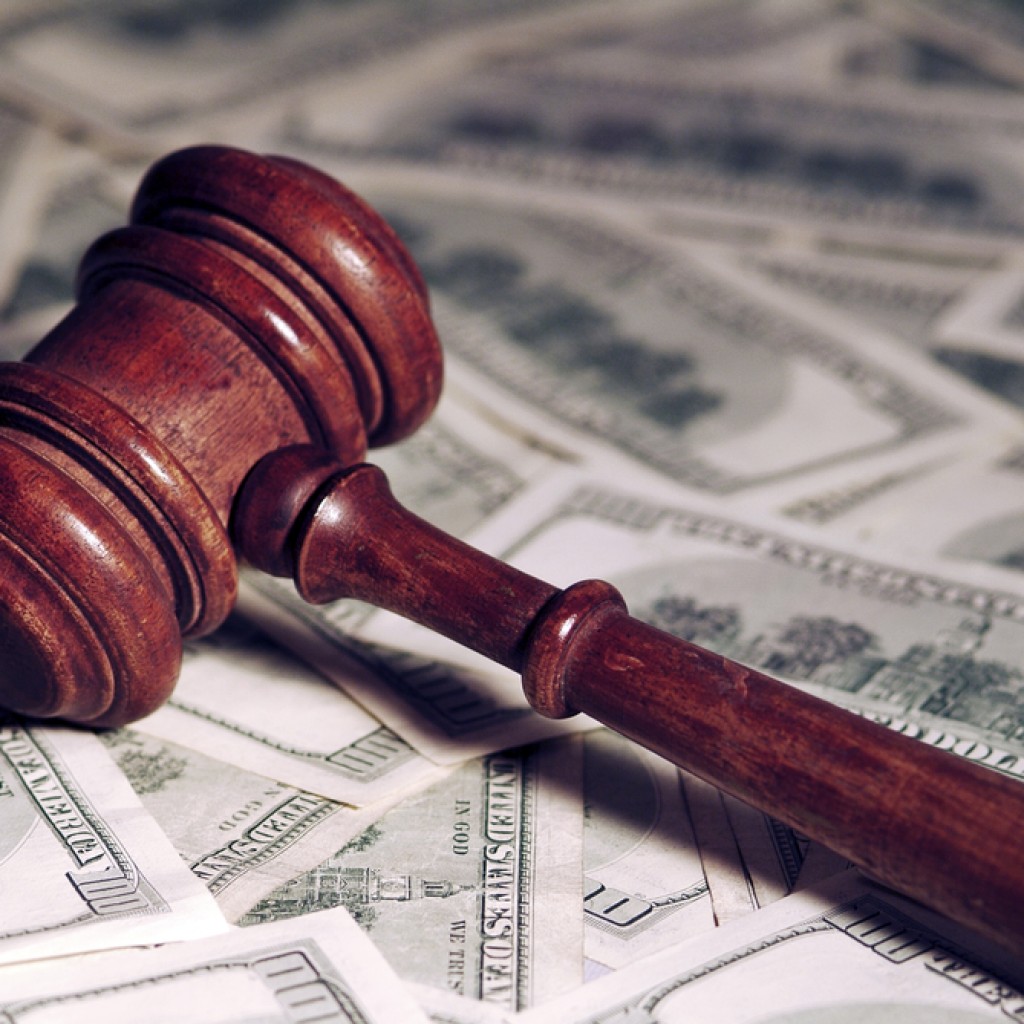 The state of Florida caps most claims at $100K per person, but the Legislature can authorize more.

When 28-year-old Broward County Sheriff’s Deputy Maury Hernandez was shot in the head in 2007 by a fleeing traffic offender, David Maldonado was supposed to be in jail, rather than running from a traffic stop and shooting the cop who stopped him.

Hilda Medrano was a 21-year-old college student in 2013 when she died of injuries she sustained when an Okeechobee County Sheriff’s deputy crashed into the car she was riding in.

Harry Augustin Shumow was 6 when his parents took him to Jackson Memorial Hospital in Miami in 2017, where he was misdiagnosed and suffered cardiac arrest resulting in permanent brain injury.

The state of Florida released Leonard Cure from prison in 2020 after he had served 16 years for an armed robbery conviction, which a judge later overturned after a review found, “the case against Mr. Cure is so weak that it gives rise to a reasonable doubt as to his culpability, and that he is most likely innocent.”

Those are the claims being made to the Florida Legislature this year in seeking hundreds of thousands or millions of dollars in compensation above and beyond what the law normally allows.

The compensation claims on behalf of Hernandez, Shumow, Cure, and Medrano’s family are among 17 relief bills claiming personal tragedies caused by the government or its agents that normally are protected under Florida’s sovereign immunity laws. The bills each seek government compensation above what Florida law normally provides in sovereign immunity cases: a $200,000 maximum in compensation claimed against one agency, and $300,000 total in relief if there are multiple agencies involved.

All totaled, the Legislature is looking at relief bills for the 2022 Legislative Session totaling more than $103 million in additional compensation payments for people severely injured or killed in car crashes, shootings, public hospital malpractice, other incidents, or wrongful incarcerations. One bill does not specify a relief amount.

In many of the cases — though not all — courts have already sorted out who got hurt and who was at fault. Judgments have been rendered or settlements signed by the parties and approved by the courts. The only question remaining in those cases is whether the compensation is so inadequate that the state should step in and do more.

“I just feel like we owe it to the people to bring justice to them. If we have the capacity to do it, to bring some relief to the families, then so be it,” said Democratic Sen. Shevrin Jones of Miami Gardens, who sponsored four of the 17 relief bills. “We should do it. Close it out and give these families a bit of peace that they’ve been in search of.”

The largest claim being considered in the 2022 Session is on behalf of the 17 people murdered and 34 others injured in the 2018 mass shooting at Marjory Stoneman Douglas High School in Parkland. The Florida Supreme Court ruled in 2020 that even in that case, brought against Broward County Public Schools, the state limits apply — unless the Legislature wants to override those limits.

That case is so big and high-profile it likely will be handled differently from the others in the Legislature. Senate Bill 84, sponsored by Republican Sen. Joe Gruters of Sarasota, seeks $25 million, to be paid in three annual installments to the Grossman Roth Yaffa Cohen P.A. Trust Account to then be distributed to the families of the 17 murder victims and 34 survivors of the Parkland shooting.

The other relief bills offered this year lay out an array of personal tragedies and proposed compensations:

— Christeia Jones and her three children were was severely injured in a multiple-vehicle accident on I-75 south of Ocala caused when a Florida Highway Patrol trooper tried to cross the median into oncoming traffic, according to the bill. Republican Sen. Dennis Baxley of Lady Lake introduced Senate Bill 80 seeking $17.7 million for Jones, her children, and others in the case.

— Julia Perez, then 51, was riding a motorcycle with a helmet when a St. Johns County Sheriff’s deputy made a left turn in his cruiser and slammed into Perez’s motorcycle. She suffered multiple fractures, brain injury, and kidney failure, spent eight months in the hospital, and remains disabled, according to the relief bill. Democratic Sen. Tina Polsky of Boca Raton filed Senate Bill 68 seeking $15 million for her.

— Deputy Maury Hernandez stopped a motorcycler in 2007 but the rider, Maldonado, got off and ran. Hernandez pursued on foot. Maldonado turned and shot the deputy. It later was revealed that Maldonado had previously been arrested on multiple violations of probation and should have been locked up, but the Department of Corrections let him go. Hernandez suffered severe brain damage and is disabled from the shooting, according to the bill. Jones’ Senate Bill 62 seeks $10 million for him.

— Rafael Rodriguez was treated in Hendry County Hospital in 2007 but did not receive appropriate and necessary surgery until it was too late, leaving him quadriplegic, according to the relief bill. Senate Bill 66 from Democratic Sen. Jason Pizzo of Miami seeks $7.5 million for him.

— Hilda Madrano was riding in a car in Okeechobee County in 2013 when a Sheriff’s deputy responding to a non-emergency call was driving 87 mph without lights or sirens and ran into the car, according to the bill. Madrano and another young woman were killed. Polsky’s Senate Bill 64 seeks $5 million for Madrano’s family.

— Harry Augustin Shumow was 6 years old when he was taken to Jackson Memorial Hospital in 2017. A misdiagnosis for dehydration led to the wrong treatment, and he suffered a cardiac arrest, leaving him quadriplegic and broadly disabled. Republican Sen. Ana Marie Rodriguez of Doral filed Senate Bill 74 to seek $5 million for his family.

— Baby Yeilyn Quiroz Otero was in a car seat in car that was hit by a Miami-Dade County Sheriff’s deputy’s vehicle at high speed in 2016. The girl will spend the rest of her life as a paraplegic and suffers constant pain, according to the legislation. Senate Bill 58, from Rodriguez, seeks $3.8 million for her family.

— In 2010, Kareem Hawari was 13 and wrestling in a school tournament in Osceola County. His opponent slammed him to the mat and Kareem suffered brain damage, according to the relief bill. Senate Bill 82, from Democratic Sen. Victor Torres of Orlando, seeks $3.5 million for him.

— Donna Catalano was a Tallahassee Memorial Health nurse driving home after her shift in 2019 when a truck driven by a Department of Agriculture and Consumer Services worker crossed the highway centerline and hit her car head-on, according to the relief bill. She needed six surgeries and still is disabled. Senate Bill 70 from Democratic Sen. Darryl Rouson and House Bill 6509 from Republican Rep. Juan Fernandez-Barquin of Miami-Dade County seek $3.2 million for her.

— Barney Brown was convicted of rape and robbery in Miami-Dade County in 1970 and spent 38 years in prison before a judge vacated his conviction and sentence, saying “significant doubt existed as to his guilt,” according to the bill. Senate Bill 54 from Jones and House Bill 6503 from Democratic Rep. Joseph Geller of Aventura requests $1.9 million for Brown.

— Robert Earl DuBoise was convicted in 1983 of rape and murder in Hillsborough County and served 37 years in prison before a judge overturned his conviction and sentence based on “clear and convincing evidence he didn’t do it,” the bill states. Senate Bill 52 from Republican Sen. Jeff Brandes of St. Petersburg and House Bill 6501 from Democratic Rep. Andrew Learned of Brandon seek $1.85 million for him.

— In 2011 Danielle Maudsley, 20, was arrested for non-violent traffic infractions and taken by the Florida Highway Patrol to a substation in Pinellas Park for processing. While still handcuffed, she tried to get away, slipping out a side door. A trooper shot her with a stun gun. She fell, hit her head on the pavement, suffered brain injuries, and eventually died, according to the legislation. Senate Bill 56, from Jones, seeks $1.75 million for her estate.

— Scotty Bartek was convicted in 1991 of two counts of sexual battery on a child under the age of 12 and sentenced to two life terms. After the victim recanted, a judge tossed the judgment and sentence and a new trial was ordered. The State Attorney dismissed charges in 2014, according to the legislation. Senate Bill 78 from Baxley and House Bill 6507 from Republican Rep. Joe Harding of Williston seek $1.2 million for Bartek.

— Latricia Mitchell was having a difficult pregnancy in 2008 when a misdiagnosis at South Broward Hospital District led to fetal distress and a stroke for the baby, Jamiyah Mitchell, according to the bill. Gruters’ Senate Bill 76 seeks $795,000 for Jamiyah, now 12, and her parents.

— Reginald Jackson was stopped by Lakeland Police for driving with an invalid tag in 2001, which turned out to be an erroneous cause, because the tag was valid, according to the relief bill. Jackson moved the vehicle forward, toward the officer, who shot through the windshield, hitting Jackson in the neck, according to the bill. Rouson’s Senate Bill 72 seeks $312,500 for Jackson, who survived.

— Molly Parker, 39, of Santa Rosa Beach, was driving her car when a dump truck driven by a Florida Department of Transportation worker crashed into her car, killing her, according to the relief bill. Senate Bill 60 from Democratic Sen. Janet Cruz of Tampa seeks an unspecified amount of compensation for her estate.