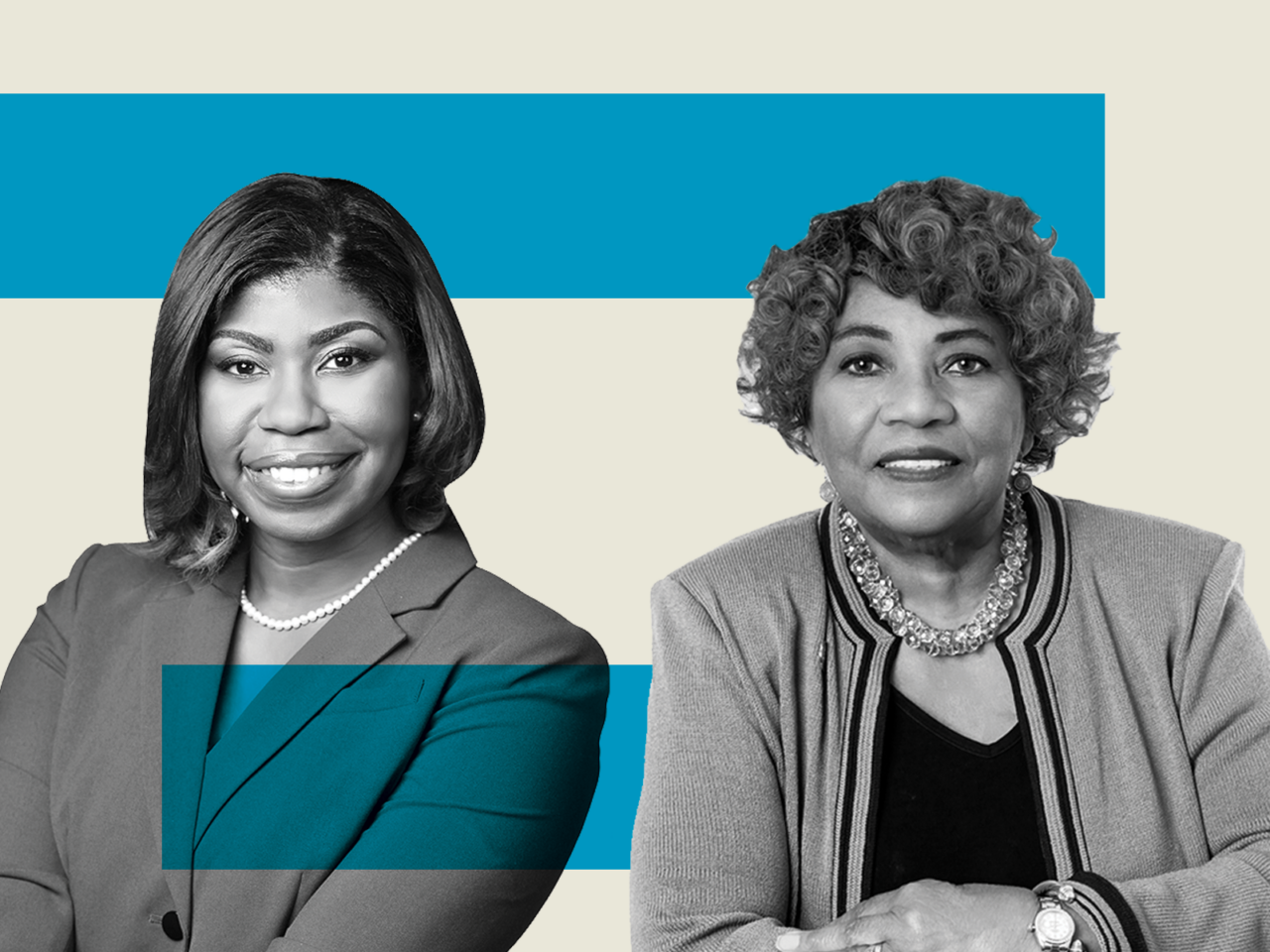 All SD 15 voters will chose between Democratic Reps. Kamia Brown and Geraldine Thompson.

In a Primary Election open to all voters, northwestern Orange County will be picking a Senator for Senate District 15 Tuesday in a contest between veteran yet rival Democratic Reps. Kamia Brown and Geraldine Thompson.

Since 2016, Brown has served House District 45, which is fully included in the new SD 15. Since 2018, Thompson has served in HD 44, which overlaps SD 15. She also previously served in a Senate District that once covered much of the same area, and in another House District, with a legislative career dating to 2006.

It’s a contest between two determined and experienced lawmakers who agree on many of the issues — holding largely to the Democratic platform — and even on the possible solutions.

But they differ widely on legislative style and strategy and the campaign has focused on whose approach to lawmaking has been more effective and more representative for the district. That contest has led to hostility, with Brown charging Thompson has lost the ability to work well with others, particularly Republicans, and consequently doesn’t get much done.

“I actually work with people,” Brown said. “I have respect from both sides of the aisle.”

“I think people understand holding a title and a position, and actually doing the work,” Thompson said. “It’s my body of work. My long-term service to the community, even before I was elected.”

With redistricting, SD 15 takes in most of the northwest corner of Orange County, starting with the agricultural areas around Zellwood and the lush conservation areas of Wekiva, sweeping through Apopka, northern Winter Garden and Ocoee, and stretching through the West Side of Orlando to Parramore and Oakridge.

The voter base is strongly Democratic.

Brown was selected by her peers in March to chair the Florida Legislative Black Caucus.

Both candidates focused on affordable housing and gun law reforms to reduce gun violence, particularly in schools, as priorities.

Brown said housing has been on everyone’s minds, whether because of renters worried about rent increases or evictions, homeowners worried about insurance, or people trying to buy homes during a shortage and inflation. Gentrification is playing a part as well, she said.

“I think across the board, regardless of income, folks are really honing in on those particular conversations,” Brown said.

“Women’s rights are another issue,” she added. “People are concerned about the outcome of the Supreme Court, how does that leave the state of current women’s health care? They’re also just afraid of the very polarization going on in our country. What’s next to be under attack?”

In the Senate, she said, her ability to work across the aisle should ease polarization and help bring about “commonsense” legislation dealing with those issues.

Thompson, who founded and runs the Wells’Built Museum in Orlando, talks about the need for taking tough political fights, noting she did so in 2020 when she successfully went to court to invalidate Gov. Ron DeSantis’ appointment of Renatha Francis to the Supreme Court of Florida. Francis has since been reappointed.

Thompson said something has to be done to restrict equity firms coming into Florida, particularly into low-income areas, and buying up housing. She also proposed retrofitting strip malls for housing, creating incentives for the development of affordable and accessible housing, and vowed further protection of the Sadowski Fund.

Thompson also has turned her attention to amusement park safety, a critical issue in Central Florida that was highlighted last spring by last March’s tragic death of a teenager on the FreeFall ride at ICON Park in Orlando.

“My first bill is going to be the Tyre Sampson law. I was part of a conference this morning with Yarnell Sampson, the father of Tyre Sampson … and Ben Crump. And my first objective is going to make sure that these amusement rides are safe for the people visiting Orlando and Central Florida, and the state of Florida for that matter,” Thompson said.