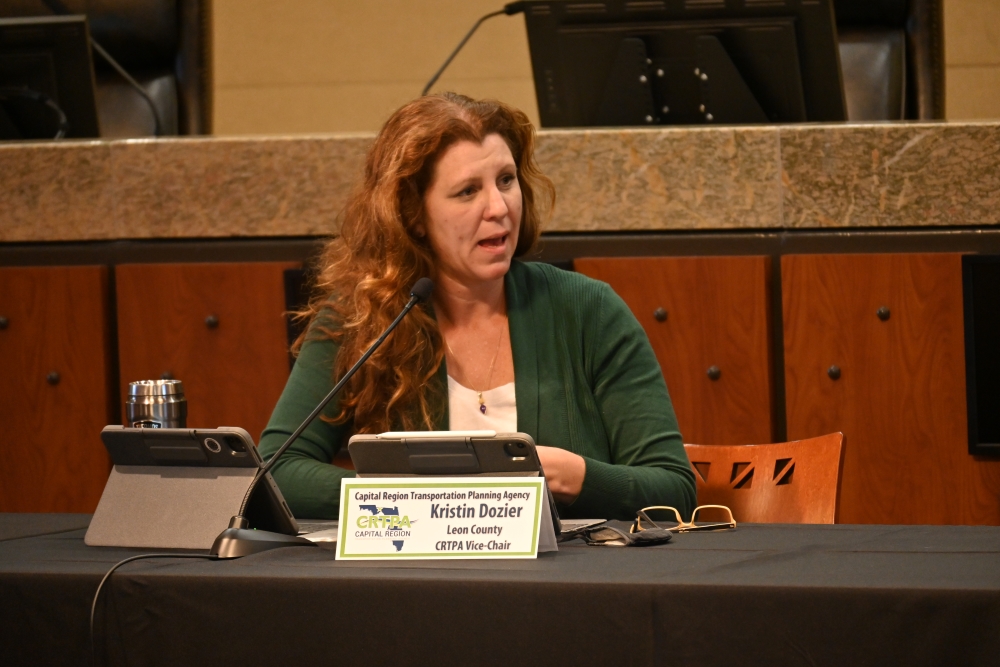 Dozier doesn’t like 'negative' campaigns unless she’s the one making the attacks.

For Tallahassee Mayoral candidate and Leon County Commissioner Kristin Dozier, it’s sort of the same thing when it comes to so-called “negative campaigning.”

Dozier is on the defensive from her opponent John Dailey who is pointing out three things:

— She bought her house for nearly $100,000 below appraised value from a developer who was doing business — lots of business — before the county. (That’s quite a bargain when you also consider that the property appraiser’s value is usually well below market value.)

— She voted on projects to directly benefit not only that developer but her family’s business as well.

— She is hiding her donors by coordinating with an outside dark money fund.

Today, Dozier, in a column published in the Tallahassee Democrat and posted on social media, is bemoaning the “negative tone” of the campaign and she condemns those “untrue” campaign ads.

You see now that she is being hit with mail and TV pointing out her own record. As an aside, she calls them outright lies but as for the above:

— Her home purchase below market value was chronicled in both the Tallahassee Democrat and Tallahassee Reports.

— The votes that ultimately helped her family’s business are an easy-to-find part of the public record.

— The Jacksonville-based group, “Saving Our City” was only recently opened and was not reporting any donations or expenditures — even though mail had already landed — until after her opponent filed an elections complaint. And you still, to this day, cannot know who funneled most of the money into it.

It’s hard to call verifiable hits on your actual record “lies” when they are actually the truth.

As for Dozier, let’s keep in mind — and as someone who has struggled with personal weight issues much of my adult life I am especially mindful of this — she was the one who started her campaign run-up sending texts body-shaming Dailey.

In an exchange with a lobbyist and campaign consultant she admitted to repeatedly using the name of an overweight cartoon character to describe him. These texts don’t belong in the kind of highbrow campaign she’s claiming to run in her column.

And speaking of that, here’s the more specific irony.

Dozier begins her column by stating that when she first ran for the seat against then-incumbent Bob Rackleff, she ran only a positive campaign and stuck to the issues.

But you don’t have to believe me, below are two of the mailers Dozier sent out attacking Rackleff. You decide if she “went negative” on Rackleff or not. And, of course, notice the dark and foreboding colors and the ugly, distorted photo of her opponent. 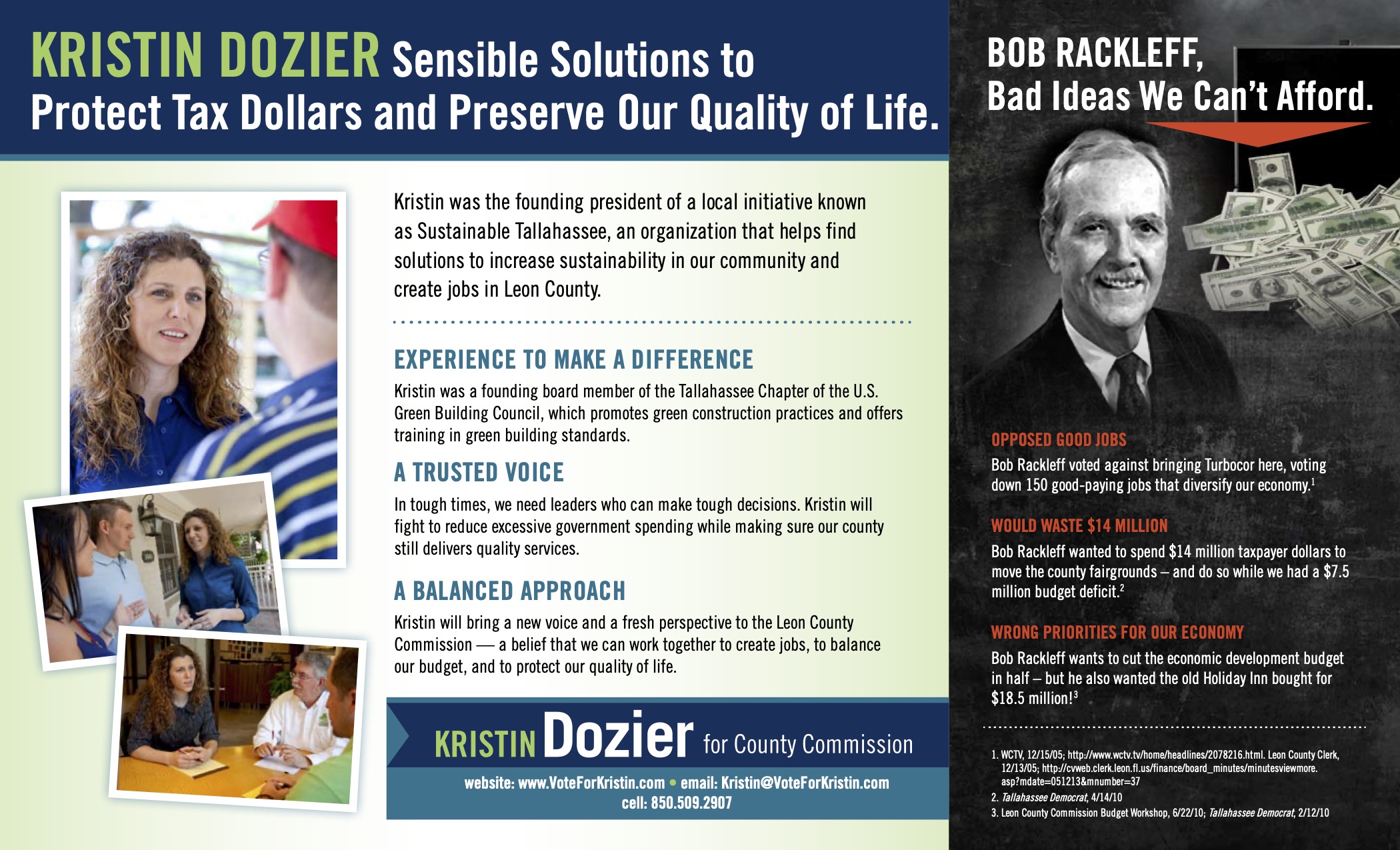 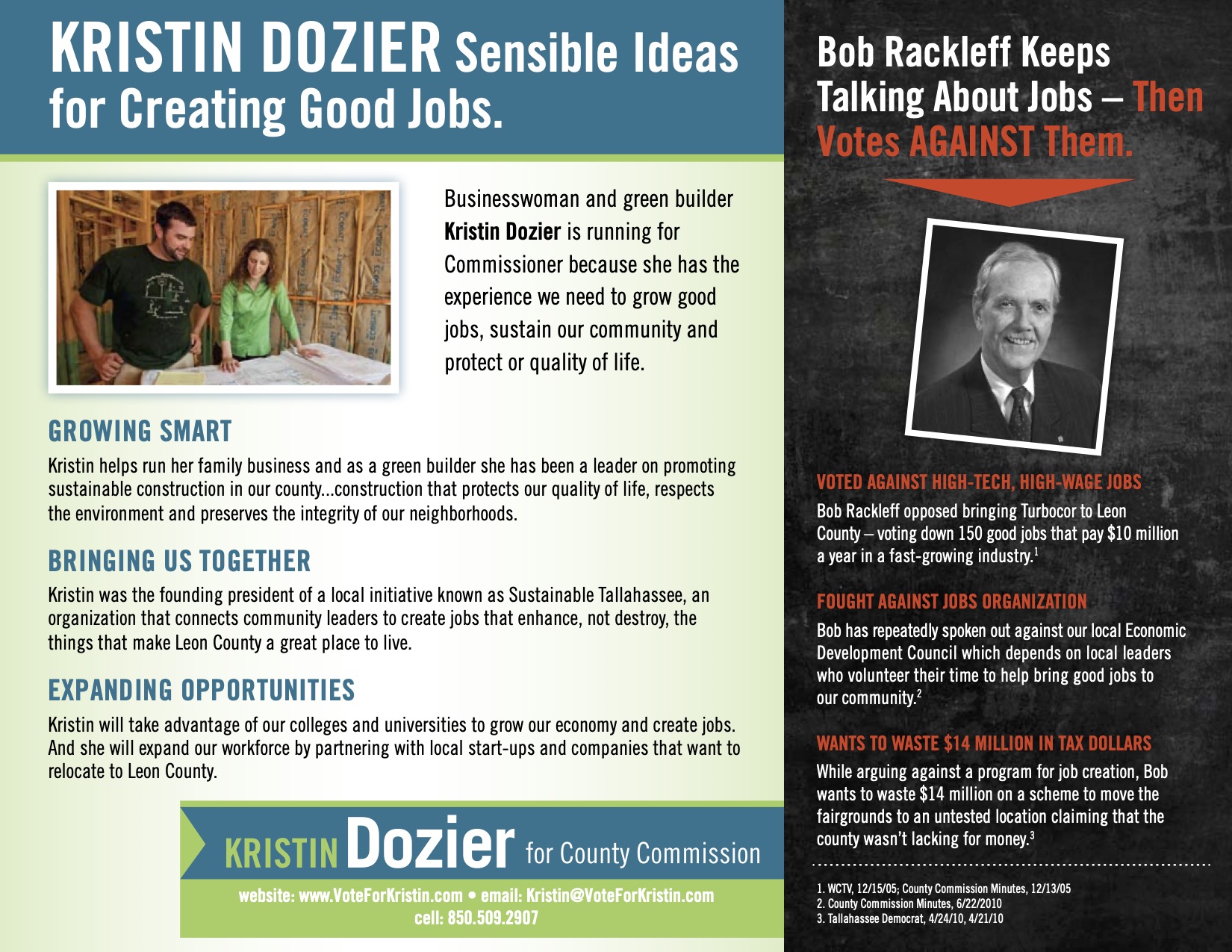 You see, Dozier doesn’t like “negative” campaigns unless she’s the one making the attacks.

When someone else points out her record she screams “distortions and lies,” bemoans so-called negative campaigning and claims that doing so is beneath her dignity. Of course, the negative mail attacking her opponent or the derogatory words she used to describe him — even before she announced her campaign — surely don’t count.

The bottom line is that Dozier’s was the campaign in this race to go negative, but she now bemoans the very fire she lit and cries foul when her opponent truthfully points out her record.

No, Ms. Dozier — and to use another cliché — you can’t seem to handle the truth.