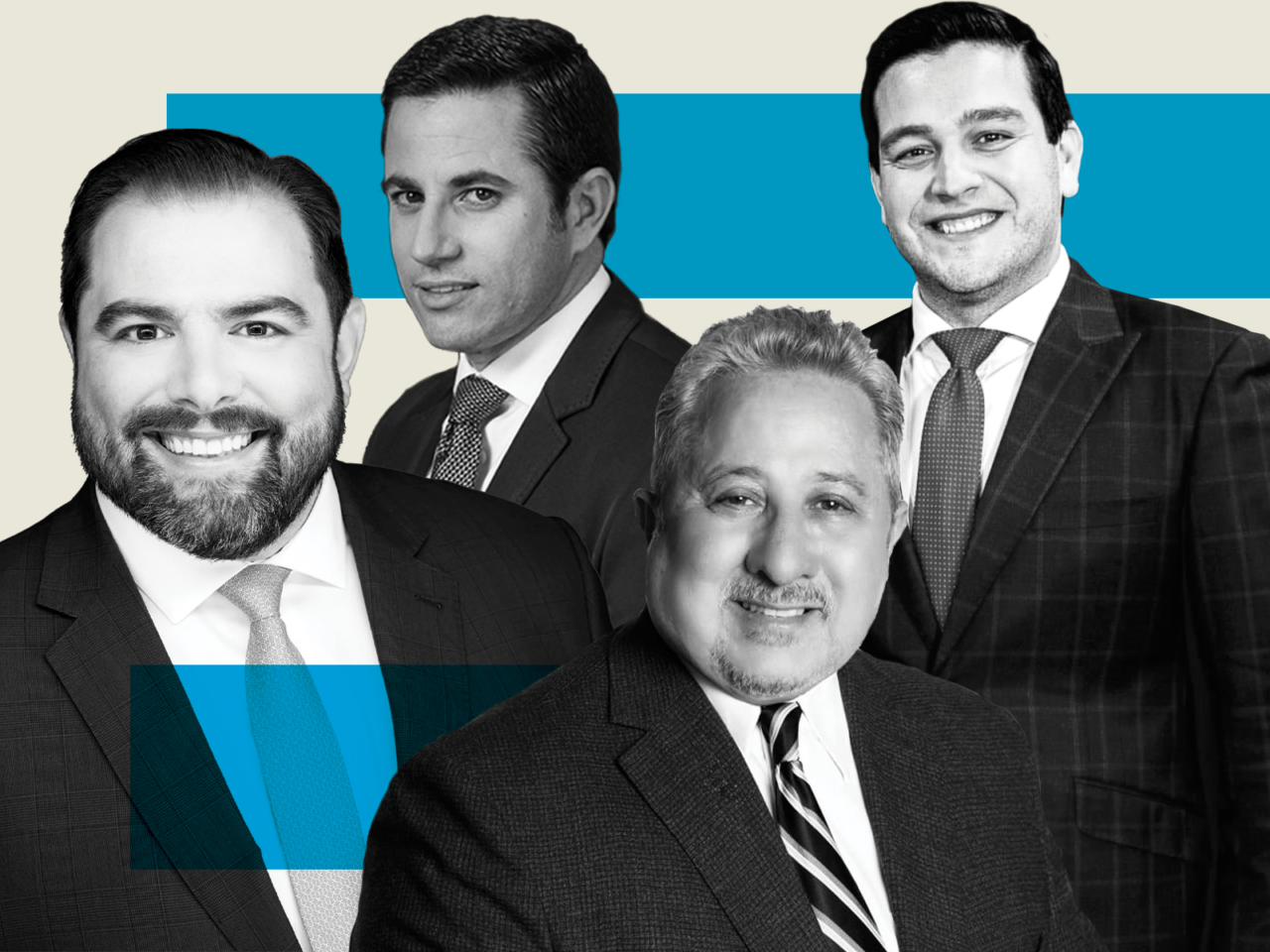 The race is technically nonpartisan.

After more than two decades on the Miami-Dade County Commission, Rebeca Sosa must leave in November due to term limits. Four men are running to replace her in District 6 in a race that has attracted more than $2 million in donations.

The race is technically nonpartisan.

In terms of money and heavyweight GOP backing, Cabrera is at a strong advantage with more than $1.2 million raised and an endorsement from his former boss, Donald Trump.

District 6 covers a north-central portion of Miami-Dade, including part or all of the cities of Coral Gables, Hialeah, Miami, Miami Springs, Virginia Gardens and West Miami. The district also contains Miami International Airport, one of the county’s top two economic engines, and a Miami golf course being redeveloped as a soccer stadium complex for the city’s Major League Soccer Team.

Trump remains popular in District 6, a Hispanic-majority district that leans heavily Republican. Voters there chose Trump over Joe Biden by a 20-percentage-point margin in 2020.

But so is Sosa, who won re-election for a fifth time in 2018 with more than 76% of the vote. She chose Fors, whose $731,000 gains this election cycle place him second in fundraising, as her preferred successor on the County Commission.

Fernandez and Vazquez, who respectively raised $86,000 and $33,000 and have far fewer endorsements to lean on, are running at a marked disadvantage compared to the race’s two presumptive front-runners.

In 2020, Cabrera led Trump’s re-election effort in Florida as state director. His campaign says he led a voter-contact program of more than 200 staffers and delivered the state to the incumbent President.

Cabrera has held public office once before as an elected Councilman on a Miami-Dade land-use zoning board.

He is running on a platform to cut bureaucratic red tape in county services, protect the environment by addressing potential saltwater intrusion into the local aquifer and preventing developmental encroachment into the Everglades, boost unemployment and small businesses, and support first responders, including creating a “county task force” to patrol neighborhoods.

He also wants to establish a trust fund for exclusive use by District 6 and improve transportation by lowering tolls, using trolleys to “create connectivity amongst all municipalities in District 6” and advancing the eight-year-old SMART Plan to expand transit solutions along six key commuting corridors across the county.

A lawyer in private life, Fors won election to the Coral Gables Commission in 2019 by just 173 votes but has since earned endorsements from the majority of his peers on the city dais. He also sits on the board of directors of the Miami-Dade League of Cities.

Fernandez, who owns and operates a software company called Ponemous Group in Coral Gables, is the lone District 6 candidate to have never held elected office. That notwithstanding, he’s proven a contributory member of his community, serving on the Miami-Dade Cryptocurrency Task Force and the board of the South Florida Hispanic Chamber of Commerce, which honored him this year with its “Man of the Year Award.”

When not serving from his City Council seat, which he won with 70% of the vote in April 2021, Vazquez works as a history professor at Miami Dade College.

He is a veteran of the U.S. Air Force and lost a leg while on active duty. In his free time, he serves as a historian at a nearby American Legion Post, according to his city bio.

While Fernandez and Vazquez are entering Election Day with marked disadvantages in funding and support, they are also the only two candidates in the race around whom little proverbial dirt was kicked.

As Cabrera’s campaign gained steam, a more than four-year-old video of him participating in a protest alongside members of the Miami-Dade Republican Party and the far-right Proud Boys outside the office of former U.S. Rep. Donna Shalala’s office resurfaced. In the video, Cabrera can be seen pounding his fist on Shalala’s door while holding a rudimentarily drawn poster opposing communism.

The incident drew rebukes from U.S. Sen. Marco Rubio and Curbelo, who said he “fully” agreed that the protest was “100 percent wrong” and “disgusting.”

Speaking with the Miami Herald recently, Cabrera maintained he was exercising his First Amendment rights but denounced the Proud Boys and “any group that espouses any sort of hate.”

Fors, meanwhile, is the subject of an attack website, ForsTheFraud.com, highlighting his past property tax evasion and traffic citations he incurred in the early 2000s. The site also notes Fors’ illegal use of a homestead property tax exemption, an issue he has since resolved and paid for.

The website was paid for by Save Our Quality of Life, a Tampa-based political committee that got a $135,000 influx this month from another PC led by GOP strategist Anthony Pedicini. Pedicini’s political committee, in turn, received $90,000 since mid-July from Cabrera’s “Dade First PC.”

In what was likely a mistake, a campaign video Fors posted to his Twitter account briefly ran on the Coral Gables city website in early August. Multiple city personnel confirmed with Florida Politics the site had just undergone an overhaul that included a ticker of Commission members’ Twitter accounts. The issue was fixed within minutes, they said.

Fors also took heat for a July campaign mailer that included side-by-side photos of him and Trump and a statement suggesting they were working together in a “great effort to reduce gasoline prices and improve the economy.” The mailer was paid for by Basic Principles, which received a $1,000 donation from Fors in March and gave $3,000 to Fors this month.

Cabrera similarly attracted criticism for mailers sent to District 6 residents in July seemingly meant to trick progressive voters into believing he is a Democrat. Registered Democrats in the District received a blue-hued “Democratic Voter Guide” espousing Cabrera’s credentials over those of Fors, while Republicans received an almost identical one in red that also noted Trump’s endorsement.

Cabrera’s campaign strategy belies a prior affinity he and Fors apparently shared. Before he filed for District 6, both Cabrera and his wife gave $1,000 apiece to Fors’ campaign. Both have since rescinded their donations.

Miami-Dade law requires a County Commission candidate to receive more than half the votes cast during the Primary Election on Tuesday to win office.

If no candidate captures that share of the vote, the two candidates with the highest number of votes will compete in a Nov. 8 runoff.