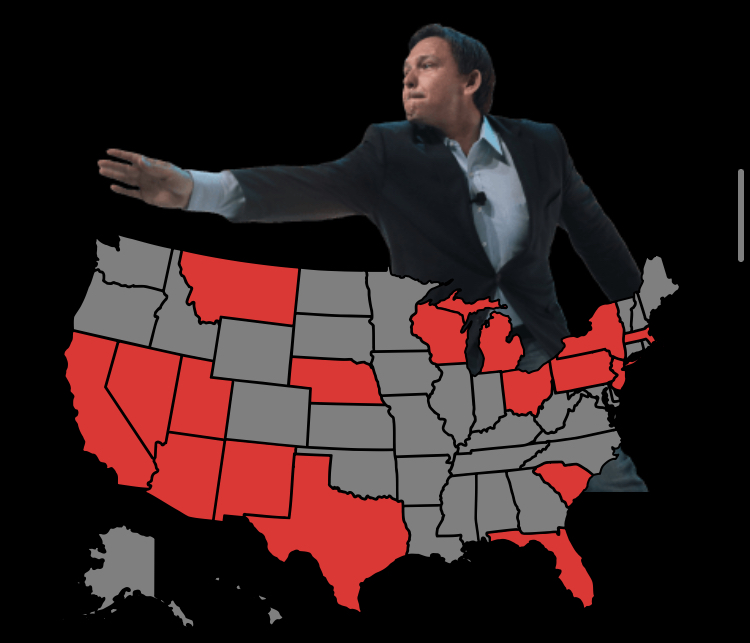 Is DeSantis 'abandoning' Floridians for his national base of donors?

New scrutiny is promised for Gov. Ron DeSantis and his cozy ties to some of the richest people in the country, who happen also to be some of his biggest donors.

DeSantis Watch, a collaboration between Florida Watch and Progress Florida, is rolling out a new Watchtower website billed as an “aggressive General Election accountability project” aimed at the Governor.

“No politician in the country spends more time abandoning the people they were elected to serve in order to advance their own personal ambitions than Ron DeSantis,” said DeSantis Watch Communications Director Anders Croy.

“With the full launch of DeSantisWatch.org, we are proud to provide Floridians with the original resources they need to help hold Ron accountable for his failure as our state’s Governor. The time to fight back is now and DeSantis Watch is dedicated to ending Ron’s climb up the political ladder this November.”

Material will be in English and Spanish, and will include “videos, graphics and original research that highlight all the ways that Ron DeSantis’ relentless focus on his own personal ambition and drive to do the bidding of his billionaire and corporate donors are fueling the ongoing affordability crisis facing Floridians.”

Two articles are already on the site, offering a sample of the original research touted.

“Ron’s cozy relationship with the real estate and finance industries,” posted Aug. 19, draws a direct line between donor relationships and the unfettered market forces that have pushed up prices in recent years, increasing average rents by more than 40%, home prices by more than 63%, and property insurance rates more than twice what they were under former Gov. Rick Scott.

“Ron’s Top 10 billionaire buddies and ultra-wealthy donors” offers a similar read of how DeSantis’ dealings with transactional plutocrats have driven his political machine.

“A DeSantis Watch review of campaign contributions available in public records shows that of the Governor’s Top 10 individual donors, those based outside Florida have contributed $24 million versus $12.6 million from those in-state,” the analysis reads. Familiar names like Robert Bigelow, Ken Griffin and Ike Perlmutter, multimillion-dollar donors all, get renewed scrutiny here.

The videos synthesize much of this messaging. “Ron’s presidential travel tour” juxtaposes a jet-setting Governor “focused on his political ambitions” with the in-state affordability crisis.

“Ron DeSantis cares about one thing and one thing only: himself,” asserted the travel tour video.