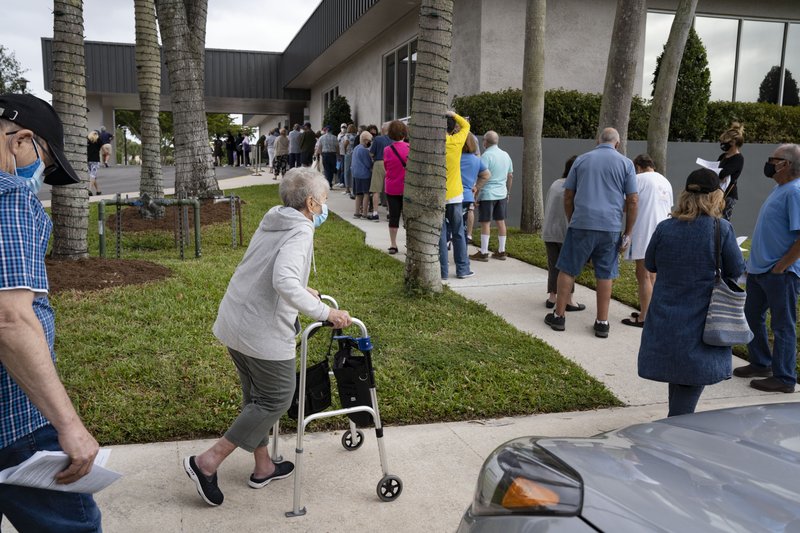 ‘You ignore those issues at your peril.’

That old maxim James Carville coined three decades ago remains true. Of all known issues the United States electorate must weigh during a given election year, it’s “the economy, stupid,” that leads all others, with scant exception.

Accordingly, a near supermajority of likely voters in Florida this year are concerned about the government’s impact on their personal finances, a new survey from AARP Florida found. The issue is on track to be the top factor driving the choices of voters aged 50-plus at the polls in both the Governor’s race and an intensifying contest for the U.S. Senate.

But while economic issues have been consistent priorities for older Floridians — the state’s most active voting population — relatively recent developments concerning abortion, immigration, Social Security, and Medicare have pushed other mainstay matters to the wayside.

The margin of error for voters 50 and older was 3.3 percentage points.

Of some 15 issues to choose from, respondents aged 50 and older cited inflation and rising costs as most important to them ahead of the Governor’s race between Republican incumbent Ron DeSantis and his Democratic challenger, Charlie Crist.

Inflation and rising costs also sat atop the list of issues among those polled for the contest between Republican U.S. Sen. Marco Rubio and his Democratic opponent, former Orlando Police Chief Val Demings, who is fast closing the gap between herself and the incumbent.

Nearly one in five respondents said inflation is the main issue swaying their vote in the Governor’s race. In the Senate race, 15% of those polled said it was most important.

But while the issue of jobs and the economy held second place among issues with bearing on the state contest, with 14% of respondents ranking it as their top priority, abortion and what Florida will do in the wake of Roe v. Wade’s reversal landed in third place, with 11% of respondents naming it most important.

Immigration and border security followed in fourth place, with 9% of voters listing them as most vital.

In the Senate race, two issue groups — Social Security and Medicare; and taxes, government spending and debt — shared second-place ranking, with 12% of respondents choosing one issue and the same percentage picking the other. Abortion and immigration followed closely after.

In both races, respondents listed election security and health care as least important, with just 5% or less listing each issue as pressing.

The candidate who can best home in on those priority topics and make a strong case for their vision with Florida’s older electorate will hold an edge on Election Day, said Jeff Johnson, state director for AARP Florida.

“Regardless of which level of government you’re running for, you ignore those issues at your peril,” he said. “You have an opportunity to really connect with these 50-plus voters and the persuadable audience within that subset if you’re willing to focus on these issues.”

Demographically, the division among voters between the issues of inflation and post-Roe abortion rights, a nonfactor for survey respondents in 2020, wasn’t as stark as it was between political parties.

Seventy-four percent of Democrats picked abortion as most important, while 22% chose inflation. The remainder refrained from deciding between the two. For independents, the split was 54% for inflation and 38% for abortion. Among Republicans, 85% chose inflation, with just 12% picking abortion.

Of note, more women polled (52%) prioritized inflation over abortion (42%). For men, the split was 60% for inflation and 36% for abortion. The divide among White and Hispanic respondents was equal at 58% and 38% in favor of inflation-reducing measures.

Only Black respondents said abortion outweighed inflation as the direr issue at a 52% to 40% differential.

“One of the more interesting numbers in the poll is that when we asked that question, which of the following is more important to you in the Senate race, rising prices or the Supreme Court (ruling on Roe v. Wade) — women over 50, it’s only a 10-point difference,” said Impact Research founder John Anzalone.

“If you have 42% of women over 50 saying Roe is more important, that is significant. That is a big number to have. The narrative that maybe it’s only an intense interest for younger women versus senior women doesn’t hold.”

Appropriately, pollsters noted that “Florida candidates looking to appeal to the state’s largest voting bloc will need to talk about issues important to voters 50-plus.”

Eighty-eight percent of respondents — including 91% of Democrats, 87% of Republicans, and 83% of independents — said Social Security was either “very important” or “extremely important.”

They gave similarly high importance to the issue of health care costs but were more split on Medicare, drug costs, and long-term senior care, with between 81% and 90% of Democrats listing the issues as “extremely” or “very” important compared to 72% and 78% of Republicans and 74% to 77% of independents.

They gave similarly high importance to the issue of health care costs but were more split on Medicare, drug costs, and long-term senior care, with between 81% and 90% of Democrats listing the issues as “extremely” or “very” important. Between 72% and 78% of Republicans and 74% to 77% of independents said the same.

Along all party lines, an overwhelming majority of Florida voters 50-plus said they’d be more likely to support a candidate for Senate who backs Social Security and Medicare from cuts (92%), allows Medicare negotiation to lower prescription drug prices (91%), supports a family caregiver tax credit (86%) and expands access to affordable, long-term care (86%)

Pollsters found a candidate for Governor could also increase support among older Florida voters across party lines by backing policies to provide more options for home care, opposing efforts by the nursing home industry to weaken staffing requirement standards and pushing the federal government to allow the importation of lower-cost prescription drugs.

That could boost the re-election effort of DeSantis, whose administration last week sued the Food and Drug Administration for approval of Canadian drug imports to Florida. It could also hamper Rubio’s bid to hold onto office. He drew criticism last month for voting against a measure capping out-of-pocket insulin costs at $35 per month for patients with private insurance.

Demings voted for the bill.

Rubio defended his vote, noting Democrats previously rejected a Republican amendment to provide insulin at $10 per prescription for low-income Americans, including the uninsured.

Candidates may not have to make tackling each of those issues a cornerstone of their campaign, but it would be smart to work them into the conversation one way or another, said Tony Fabrizio, a founding principal at Fabrizio Ward.

“In every survey we do, in every state we do it, the key issues that AARP embraces — from Social Security and Medicare to home health care and prescription drugs on down the list — are extraordinarily popular and score 80-90% across the board in each area,” he said.

“When we think in terms of campaigns … these are green-light issues for either side because they don’t polarize the electorate. It’s very important for each of these campaigns to look at and embrace them.”

As it stands, 49% of respondents 50 and older said they were “definitely” voting for DeSantis compared to 40% for Crist. Pollsters listed 11% as “persuadable.”

The U.S. Senate race appears much closer, with 42% of respondents side immovably with Rubio compared to 39% Demings and 19% persuadable.

Fifty-five percent were 65 or older, while 45% were between 50 and 45. Fifty-eight percent lived in a suburban area, while 26% lived in an urban environment and 12% resided in a rural region. More than half were retired, 42% were employed, 3% were unemployed, and 3% said their work status fell into another category.

Party-wise, 44% were Republican, 36% were Democratic, and 20% were independent. Nearly two-thirds had less than a four-year college degree.

nextSunburn — The morning read of what’s hot in Florida politics — 9.7.22