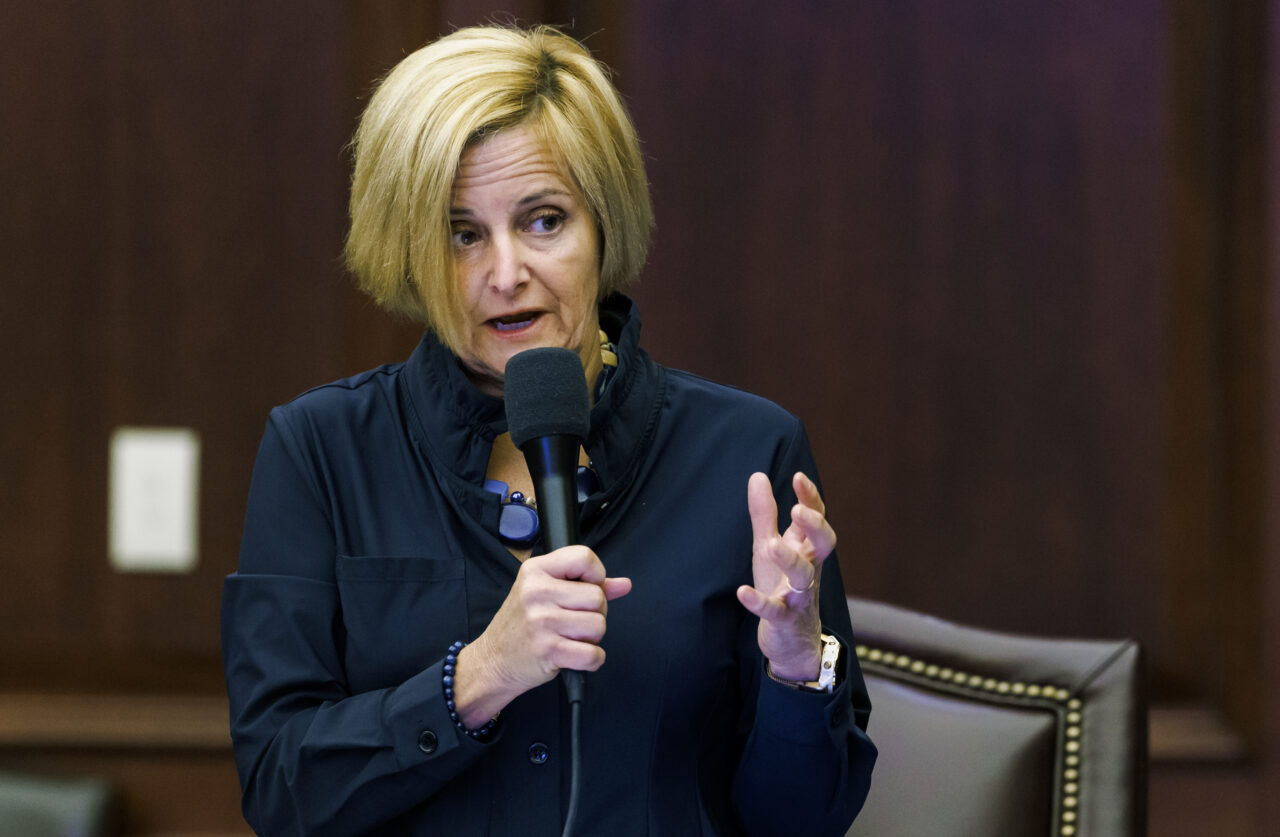 Sen. Loranne Ausley is highlighting her personal stake in the fight for North Florida kids in her latest re-election ad.

Ausley, perhaps the most vulnerable incumbent Democrat seeking another term, faces a challenge in Senate District 3 from Republican Corey Simon, a former professional and Florida State football star. The 30-second TV ad, her second in as many months, focuses on her son, Will, and how he informed her fight for children.

“Iron Will,” who is also the ad’s namesake, was born “way too early” and has special needs. In the ad, Ausley says he is a big reason she has fought for North Florida children, including for early childhood education, access to child care and affordable health care.

During her career in the Legislature, Ausley has advocated for children, people with disabilities and public employees. In addition to other child care measures, she sponsored the legislation that created the Florida Youth Cabinet.

Ausley served eight years in the House from 2000 to 2008 and another four years from 2016 to 2020. She was then elected to the Senate in a race that was closer than Democrats would have preferred.

Senate Victory, the campaign arm for the Senate Democratic caucus, lists Ausley as one of five “frontline” candidates vying for the upper chamber this year, along with incumbent Tampa Sen. Janet Cruz.

“As a working mom of a son with disabilities, Sen. Loranne Ausley understands what North Florida families are up against,” said Senate Democratic Leader Lauren Book, who doubles as head of Senate Victory.

“To Loranne, there is nothing more important than the health, safety and education of our kids — and she fights to make sure that every child in North Florida has the things they need to reach their full potential, like expanding access to health care, child care and fully funded public schools. Loranne is the mom North Florida families want fighting for them in Tallahassee.”

SD 3’s population center is Tallahassee and Leon County, Democratic pockets in North Florida. However, the district overall leans in Democrats’ favor only slightly, particularly after this year’s redistricting.

In 2020, Ausley defeated Republican Marva Preston by 7 points. But redistricting turned SD 3 from a district that went for President Joe Biden by 9 points in 2020 into one that would have only broken his way by 3 points. Plus, the party controlling the White House and Congress historically performs worse during Midterm years.

Holding Ausley’s seat is vital for Senate Democrats, who deny Republicans a three-fifths majority by just one seat. According to current Senate rules, by three-fifths votes, the Senate can approve additional measures like proposed constitutional amendments, which have become battlegrounds for policy in recent years.

Simon, who has dedicated his post-football career to volunteering and benefiting children, is running in part on his childhood experience. In his second ad, released a week ago, he also took subtle digs at Ausley as a politician “born into power and privilege.”

He previously served as CEO of Volunteer Florida. Gov. Ron DeSantis appointed him to that position and is endorsing his Senate campaign.

previousSunburn — The morning read of what’s hot in Florida politics — 9.7.22