FIU up again in public university rankings as fastest-rising nationwide 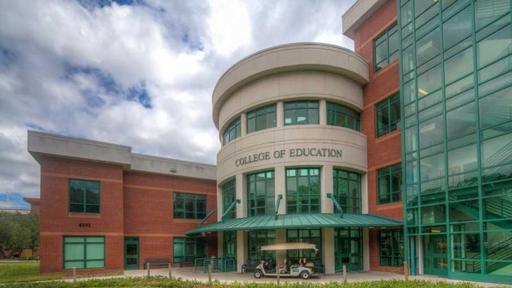 The next milestone on the university’s list is No. 25 public university.

For the first time ever, the University of South Florida (USF) has broken into the Top 100 universities in this year’s U.S. News & World Report Best Colleges list.

U.S. News ranked the Bulls No. 97 among the nation’s 440 ranked universities and No. 42 among public universities on the influential list.

This is USF’s fifth consecutive year in the top 50 of the nation’s public schools. And the school has climbed more ranks over the last 10 years than any other school. USF is up 73 spots from No. 170 among all universities and up 52 spots from No. 94 among public universities.

The next milestone on the university’s list is No. 25.

“The University of South Florida is proud to achieve our highest-ever position in U.S. News & World Report’s rankings and to once again be recognized as America’s fastest-rising university,” USF President Rhea Law said.

“USF’s standing in the rankings is a testament to the hard work and success of our faculty, staff and students, who make an impact in our communities every day. We will continue to help shape the future for our society as we pursue our goal of becoming a Top-25 public university.”

USF recently welcomed its largest-ever class of first-year students and received the most applications from prospective students in history, announced a record-breaking fundraising year and experienced a transformational state budget, likely boosted by the influence of Senate President Wilton Simpson and House Speaker Chris Sprowls, who both hail from Tampa Bay. Sprowls, a Pinellas County Republican from Palm Harbor, is a Bull.

USF also ranks ahead of, or is tied with, six public institutions in the Association of American Universities, the Top 65 research universities in North America. USF aspires to be eligible for future membership in the prestigious group.

previousFIU up again in public university rankings as fastest-rising nationwide