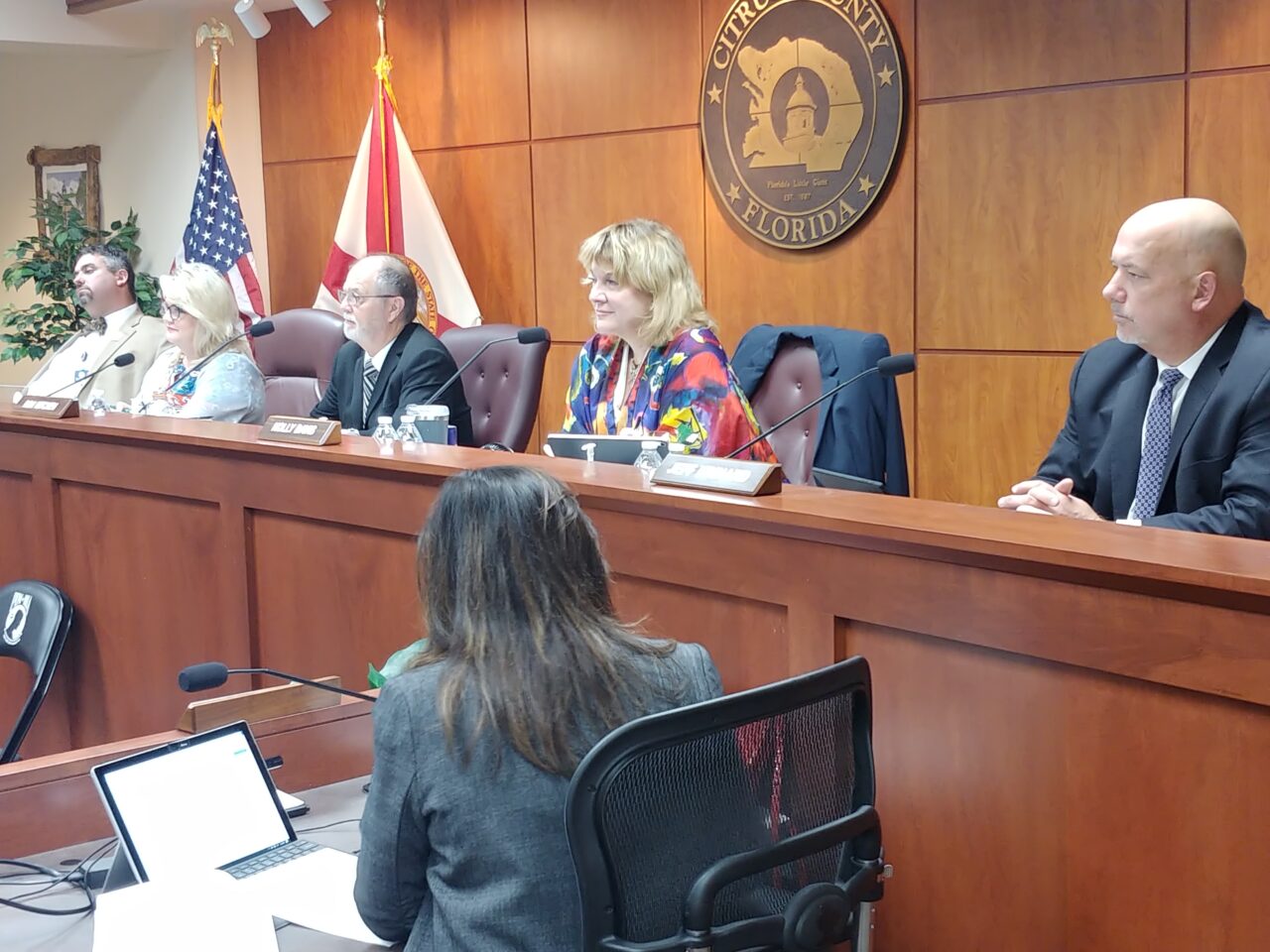 'I have a problem with all of it at this point.'

Citrus County Commissioners will interview finalists for County Administrator, but they are anything but unified on what happens next.

The Board voted unanimously to interview four applicants, including a former Citrus County department director, with the idea of approving an Administrator on Sept. 27.

County Administrator Randy Oliver, who has worked with Citrus for seven years, is set to resign no later than Nov. 29.

District 4 Commissioner-elect Rebecca Bays said the Board should wait until after the election since the new Administrator will be working for three of the current Commissioners, not all five.

“I oppose the idea of hiring anyone right now,” she said.

Kitchen had invited Bays, along with District 2 Republican Primary winner Diana Finegan and Paul Grogan, a no-party opponent of Finegan’s, to participate in the ranking of finalists for interviews.

Grogan, who supported Finegan in the Primary and is not campaigning, is out of state until mid-October. He sent in his ranking via email during the Board meeting.

Kitchen told Bays she was “dodging” the issue by refusing to participate in the rankings.

“You’ll be a part of every part of the process,” he said. “You’re not going to be left out of any of it.”

Carnahan, who two weeks ago said he didn’t think any of the applicants were qualified, said he could see Bays’ point.

Davis and Schlabach said they agreed with Bays being part of the process as she is a Commissioner-elect. Finegan and Grogan are not.

“I have a problem with all of it at this point,” Davis said. “This is just all bad. We really ought to flip this on its head.”

Schlabach added: “I think this is a hot mess.”

Kitchen said there was no harm in going through with interviews.

“Predictability is something this board has got to get,” he said. “If we say we’re going to do something, we need to stick to the process.”

The four finalists are:

Commissioners are expected to have individual private interviews with the applicants on Sept. 26, with public interviews and a decision Sept. 27.

Former Commissioner Josh Wooten, president and CEO of the Citrus County Chamber of Commerce, was critical of the Board’s decision to include Grogan in the vetting process.

In an email sent to Commissioners shortly after the vote, Wooten wrote:

“You have just invited someone who is a ‘candidate’ for district two who has not campaign, does not live in the district, has raised no money, doesn’t understand the issues and is rumored to be ‘ghost’ candidate who has not yet received one vote to get an equal vote as our elected representatives in what is the most important vote a commissioner can take. Today was not your finest moment. Hopefully common sense prevails by the end of this process.”

nextLast Call for 9.13.22 — A prime-time read of what’s going down in Florida politics