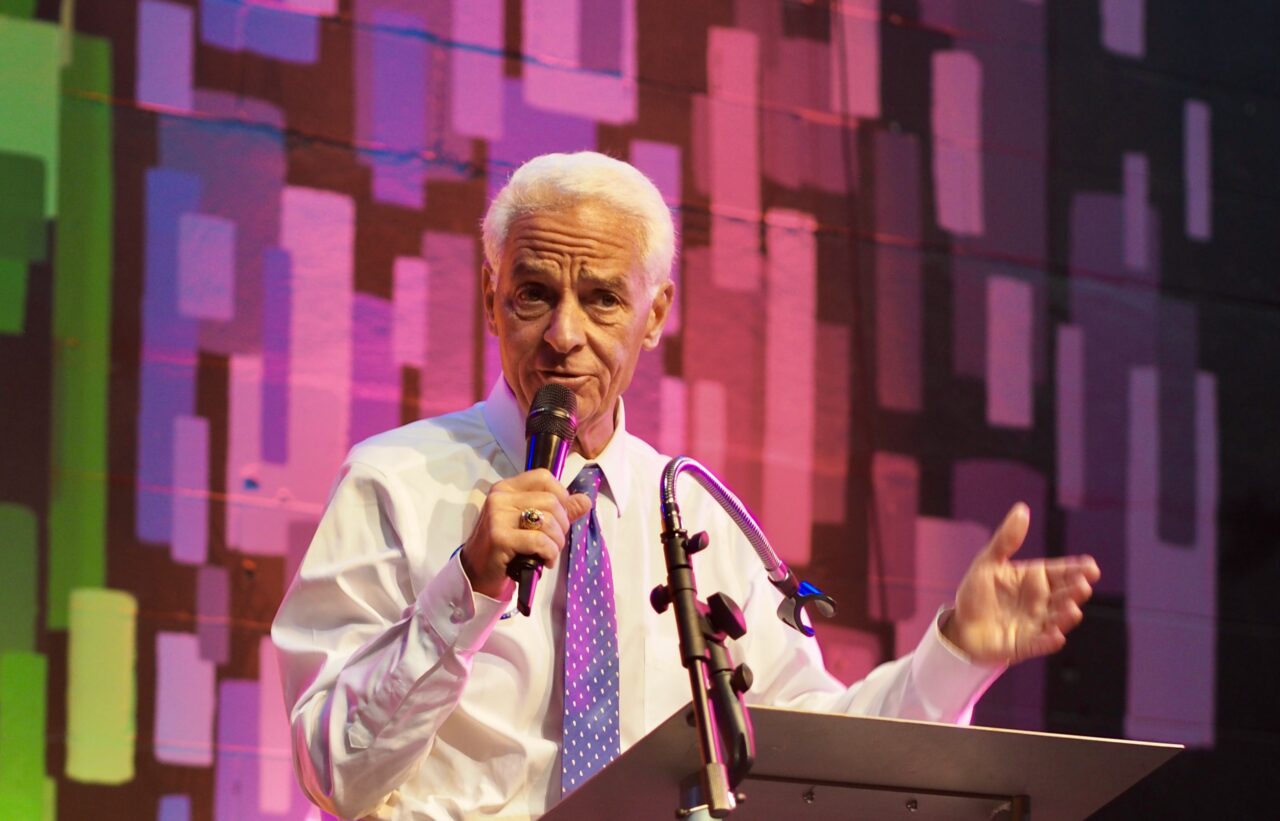 Crist called DeSantis a 'nightmare' and called him out for an anti-equality agenda.

A coalition of LGBTQ+ advocacy groups is endorsing Charlie Crist for Governor as he seeks to unseat incumbent Gov. Ron DeSantis.

The groups, Equality Florida, the Human Rights Campaign (HRC), the Florida LGBTQ+ Democratic Caucus and Safeguard American Values (SAVE), drew stark distinctions between DeSantis and Crist, painting DeSantis as a “bully” who has relentlessly attacked equality and Crist as the savior who will get the state back on track.

“We don’t care if you want to be President,” Equality Florida Senior Director Joe Saunders said at a press conference announcing the endorsements Wednesday, directing his words to DeSantis. “We don’t care how many billionaires have bought you or how big your campaign coffers are. You’ve spent your time in office bullying your opponents and punching down at who you thought was weakest. Well, this community punches back.”

Saunders said Equality Florida has already raised more than $120,000 to support Crist’s campaign, and added the group has only “just gotten started.”

Likewise, HRC Associate Regional Campaign Director Ryan Wilson said his group plans to mobilize more than 2 million “equality voters” to ensure DeSantis is a one-term Governor. The group is hiring an unspecified number of new, full-time staff to aid in that mission. Wilson said the goal is to repeat the success of the 2020 election that aided in unseating former President Donald Trump.

“This year, as Trump’s extremist agenda continues to inflict cruelty on millions of Americans via his allies in state Legislatures, Governor’s mansions and appointed judges, it’s time for us to deliver the same electoral fate to his allies and prevent them from gaining any more power and continuing to reject (Donald) Trump’s archaic agenda on our families and our rights,” Wilson said.

Miami-Date Public Schools said the invitation for students to attend the play was based on “suggestive and sexual content” they believed inappropriate for teenagers. However, in an interview with the Miami Herald, Cruz entertained questions about whether the decision was handed down because he was gay. The play had previously been deemed appropriate for teenagers over 14, which includes most high school students.

All of the endorsing groups shared similar lines of caution about DeSantis, while each praising Crist, along with his goal to overturn HB 1557 and promise to sign an executive order adding LGBTQ+ individuals to protections against discrimination.

But they offered an additional warning.

“The only way we are going to win is with good turnout. Here is the critical warning … voter turnout is low,” said SAVE Executive Director Orlando Gonzalez.

He implored members of the LGBTQ+ community, allies and all people seeking equality to mobilize.

While the endorsement comes as little surprise, even to the politically uninitiated, it’s a big win for Crist who faces a major funding disadvantage against DeSantis, who raked in and banked millions throughout the Primary Election cycle as Crist spent down his coffers to win the Primary against fellow Democrat Nikki Fried.

It is virtually impossible to bridge that funding gap, meaning grassroots support from outside organizations provides needed aid with Crist’s get-out-the-vote efforts.

“The people will speak loudly, we will make a change in the Governor’s mansion and we all will win this election,” Crist said.