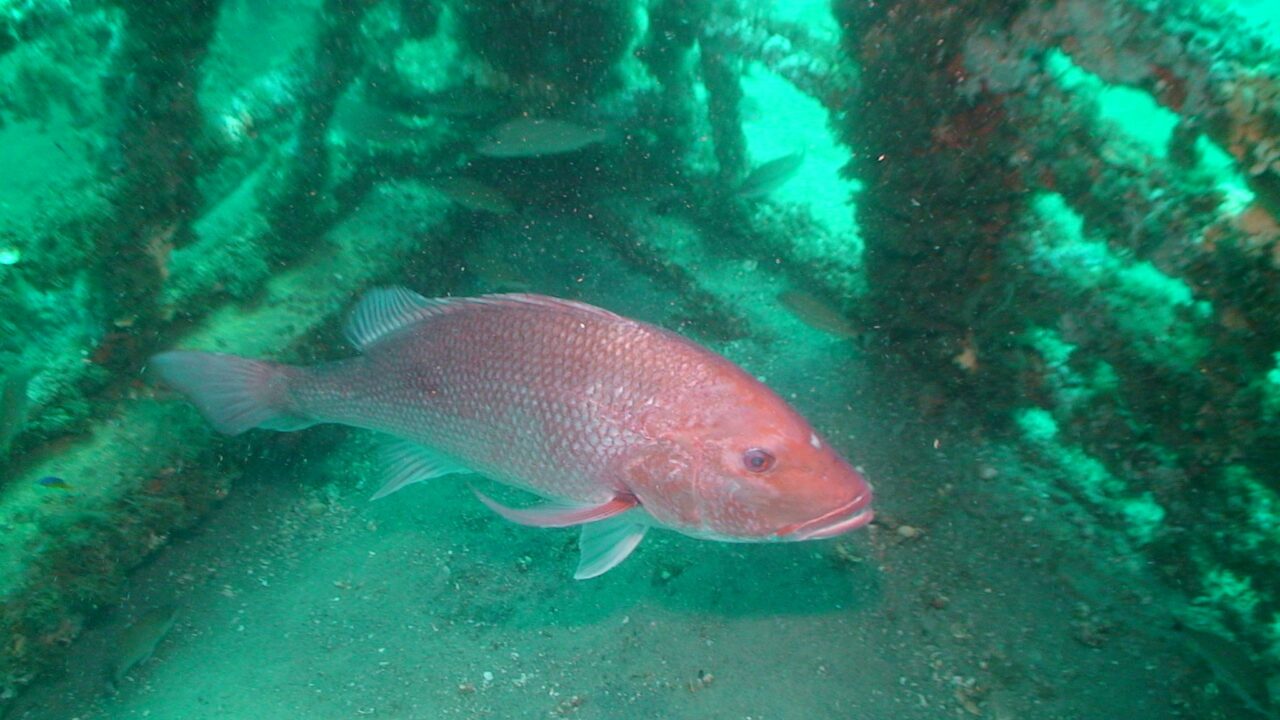 'I’m here because the actions of this group have the potential to put my family out of business.'

They say the snapper population is so overpopulated it’s crowding out other fish, and allowing harvesting will save what’s left of the fishing industry in this sector.

“I’m here because the actions of this group have the potential to put my family out of business,” Robert Johnson, co-owner of Jodie Lynn Sport Fishing Charters in St. Augustine, said during the SAFMC’s public comment period at its meetings in Charleston, South Carolina, this week.

Johnson has a long history with this process, having served nine years on the SAFMC Snapper-Grouper Advisory Panel and three years as that panel’s Chairman.

It’s a bit of a regulatory catch-22 because a significant number of scientists and fishers say red snapper discards account for overfishing, according to federal regulatory definitions.

The law also has a strict structure that doesn’t allow for quick pivots, and is dependent on statistics and formulas already baked into the process. Per the numbers, and the way the law is structured, the fishery can’t be open the way many suggest it should be. Johnson said that doesn’t have to be the case.

“In the past, I’ve heard Council members, in 2010 when I got involved, ‘I’m sorry Rob, we’re in a box,’” Johnson said. “I can’t stand that statement. We, fishermen, know what a box feels like when we start seeing regulations being proposed and talked about and kicked around that we know have the potential to put us out of business. That’s not a good feeling. That’s frightening.”

A fair amount of worry exists that to meet the legal dictates of the Magnuson-Stevens Act, there will be large, economy-crippling bottom fishing closures.

“My main concern is that when I was reading through Amendment 35,” Johnson said, “there was a statement in there that was provided by the (SAFMC Scientific and Statistical Committee) that said, ‘The bulk of recreational discards are off the East Coast of Florida. A spatial closure will be most effective in this area.’”

The logic there is that if people aren’t fishing where snapper are, the discards will dramatically decrease. NOAA Fisheries Regional Administrator Andy Strelcheck tried to temper those worries.

“To me, I think there are tailored approaches to look at management options, whether we’re talking about spatial area management or anything else,” Strelcheck said earlier in the week. NOAA Fisheries is also referred to as the National Marine Fisheries Service.

It’s unusual for elected officials to speak at SAFMC public comment sessions during their quarterly meetings — typically, this is the opportunity for fishers to explain what they see on the water and how that squares, or doesn’t, with what the Council has planned. Rutherford referred to his own recreational angling when he called into the meeting.

He thanked the Council and everyone involved in the past decade for helping the South Atlantic red snapper stock rebuild. But now that it has been rebuilt to the point of being a problem, it’s time to open up the fishery.

One of the issues, as Rutherford sees it, is the lack of “good, independent data” on the South Atlantic red snapper stock size and how that compares to discard mortality rates. He also noted the economic impact of the fishery.

“The six-day red snapper season that we had in 2018 added $13 million to our GDP alone — $13 million,” Rutherford said. “So it is not an insignificant effort here. Area closures would have a significant impact on all sectors of the industry, and quite frankly would destroy the livelihoods of many, and would be decimating our small businesses that support the fishing industry across the South Atlantic.”

Rutherford reiterated the work he and others in Congress did to appropriate $5.1 million over the last three years for the Great Red Snapper Count, a 30-month project of NOAA Fisheries, the University of Florida, N.C. State University and Texas A&M-Corpus Christi to estimate the red snapper population using a vast area, including areas not traditionally observed in fish surveys.

The hope is data will be available from this effort by 2025, he said, though he’s been informed the study is running ahead of time and under budget.

“You don’t hear that very often — on time and under budget. I love that,” Rutherford said.