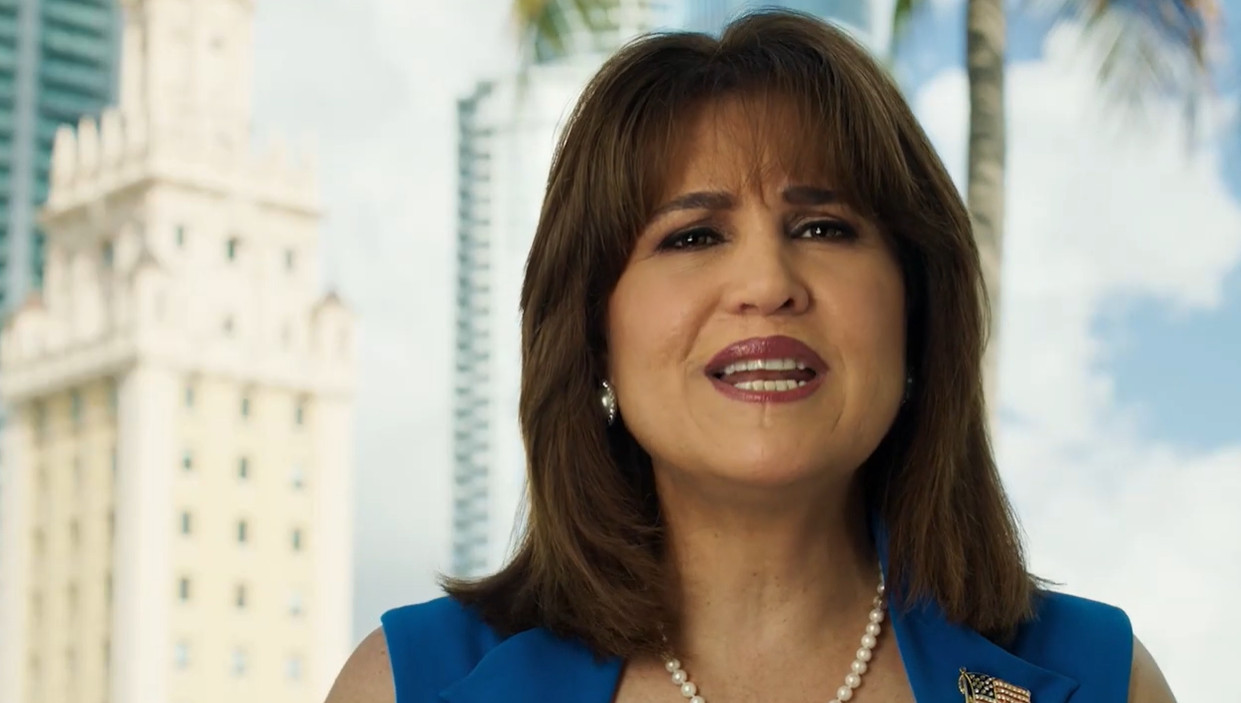 ‘This election will determine if we remain a beacon of freedom or we become a socialist dictatorship.’

The ad, which will run on YouTube and across English- and Spanish-language broadcast media, is meant to highlight the biggest differences between Taddeo and Republican U.S. Rep. María Elvira Salazar, her campaign said.

According to the ad, those differences include their views on America’s role in the free world and a woman’s right to make decisions about her own body.

“I’m Sen. Annette Taddeo,” the ad begins. “My family came to this country seeking freedom — freedom from government control, freedom from violence. This election will determine if we remain a beacon of freedom or we become a socialist dictatorship.

“MAGA Republican María Salazar supports government control over women’s health care decisions, even in cases of rape or incest. I’m Annette Taddeo, and I approve this message because freedom is worth fighting for.”

“This is Taddeo for Congress’ first six figure ad across English and Spanish broadcast and YouTube,” a press note from Taddeo’s campaign said. “Taddeo for Congress’ ad buy makes Sen. Taddeo the first candidate to communicate with voters in the contest for Florida’s 27th seat.”

Taddeo and Salazar share more than a few commonalities. Both have roots in Latin American countries overrun by Marxist oppressors funded by Fidel Castro’s communist regime in Cuba. Both have long lived in Miami-Dade County, where each has cultivated a successful career in her chosen professions.

But while Salazar was born in Miami to Cuban expatriates, Taddeo spent her first 17 years in Colombia until she fled to America after terrorists kidnapped her father. And while Taddeo has fought for exemptions to Florida’s 15-week abortion ban in cases of rape and incest, Salazar has voted against such exemptions and holds an “A” rating from Susan B. Anthony Pro-Life America.

“(Only) one of us believes in actually defending freedom,” Taddeo said in a statement.

Further separating them, she said, is their stance on how undocumented immigrants should be treated upon entering this country.

In February, Salazar unveiled the Dignity Act, a voluminous and ambitious immigration reform proposal meant to incentivize migrants to register with and pay restitution to the U.S. in exchange for a pathway to residency or citizenship. The money generated through the program would go toward upskilling American workers and strengthening the southern border.

But by not speaking out about “cruel” actions Gov. Ron DeSantis’ administration took last week to ship Colombian and Venezuelan migrants from San Antonia to Martha’s Vineyard, Salazar has shown her true colors, Taddeo said.

“Salazar only pretends to care about freedom, but (she) has remained silent as those seeking freedom from communist regimes have been shipped off and used as political pawns by Florida’s Governor,” she said.

The district has alternated blue and red since 2019, when former Republican U.S. Rep. Ileana Ros-Lehtinen retired.

Analyses of CD 27, as redrawn by the DeSantis administration, show it is now safer than before for Republicans but still the most closely divided congressional district in Florida.

In July, a survey from Floridians for Economic Advancement showed Taddeo within the margin of error of Salazar. Roughly 34% of likely voters said they supported Taddeo compared to 39% for Salazar and 27% who remained undecided.

A more recent analysis by The Economist ranked the CD 27 contest the closest among all congressional races in Florida.

previousSunburn — The morning read of what’s hot in Florida politics — 9.20.22