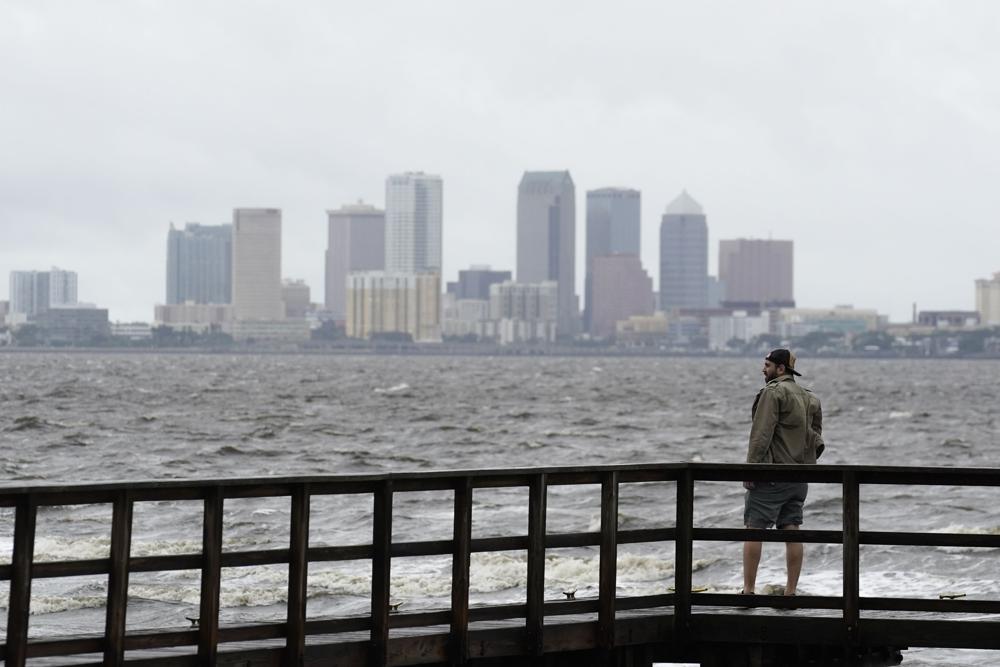 'It may be calm outside. We've seen the waters recede in Tampa Bay. ... But that is the calm before the storm.'

Tampa Mayor Jane Castor is continuing to warn Bay-area residents that “we’re not out of the woods yet” as Hurricane Ian approaches.

Hurricane Ian is projected to hit just south of Tampa Bay, with the Naples to Sarasota region at “highest risk” of a devastating storm surge. Castor told reporters Wednesday morning that she spoke with Mayors of Fort Myers, Sarasota, Punta Gorda and Naples to offer resources for communities impacted by the storm, which was previously expected to directly pummel the Tampa Bay area earlier this week.

“They’re going to go through this storm without the preparation time that we were able to have here in Tampa Bay,” Castor said.

But the Tampa Mayor made clear that just because the storm has shifted slightly south, it is not the time to let your guard down.

“The message that I want to share with our community, not only in the city of Tampa, but throughout the Tampa Bay area, is that we’re not out of the woods yet,” Castor said. “It may be calm outside. We’ve seen the waters recede in Tampa Bay. … But that is the calm before the storm.”

Tampa Bay is expecting “unprecedented flooding,” Castor said, with 18 to 20 inches of rainwater hitting the area this evening. The hurricane is also expected to bring tropical storm-force winds, and possibly Category 1 hurricane winds, she said.

Tripp also anticipates large power outages and, in response, reminded residents to be vigilant with candles.

“We are going to see some significant flooding in the Tampa Bay area. As far as vehicles are concerned, I really strongly recommend that our residents try not to take your vehicles out and venture out,” she said. “If you are driving around in 6 inches of water or more, you may get stuck.”

Shelters across Hillsborough County are also still open, as of noon Wednesday. Tampa PD has been actively shuttling numerous homeless individuals to shelters this morning, O’Connor said. But at some point, once the wind speeds reach higher gusts, individuals will be expected to shelter in place.

Property crime penalties have also been enhanced. Burglary and theft charges that are a second-degree felony will be increased to a first-degree, and a third-degree felony will be increased to a second. Tampa PD did make two arrests last night at an IKEA, O’Connor said, arresting two individuals who were loitering in the parking lot with burglary tools.