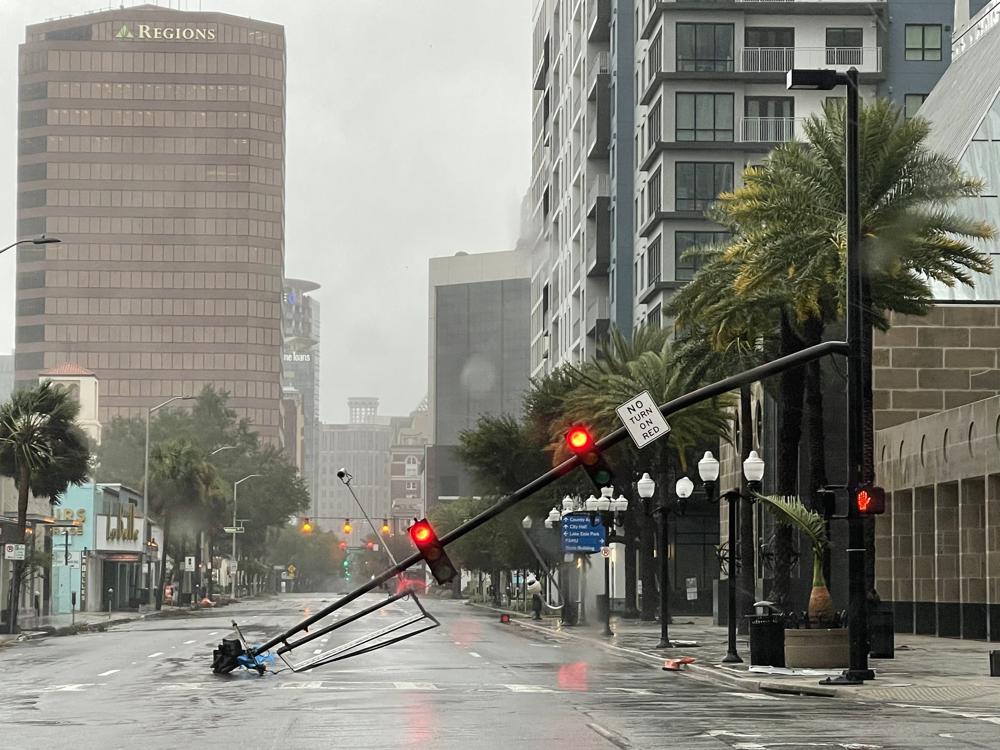 Lee County residents are under a stay-at-home order, and other counties have curfews that will go into at least Friday morning as the state starts to hobble out from the wreckage left in Hurricane Ian’s wake.

For some counties, power outages and flooded roads are the issue. For others, however, having the public out and about is going to hamper first responder efforts. Essential workers, particularly health workers, are exempt from curfew, as are people who need to get to work.

But the amount of general traffic seemed to be causing headaches Thursday. Just before noon, the city of Fort Myers’ official Twitter account employed the “caps lock” button.

“Our crews have been assessing and helping residents since yesterday. Do NOT go out today,” the tweet read. “We have a stay-at-home ORDER. We are HOPING to not provide citations, BUT there are many vehicles on roads PREVENTING US from reaching areas that need clearing. DO NOT GO OUT!”

A stay-at-home order was in effect for Winter Park until 5 p.m. Thursday due to flooded condition of city roads. For others, it’s a matter of crime prevention and safety.

“We don’t need you out there in the height of the storm, being a sightseer and snapping selfies,” said Volusia County Sheriff Mike Chitwood on Wednesday when he instituted the curfew that will last until at least 7 a.m. Friday.

“We can’t have people out plowing through floodwaters and forcing water into homes,” he added on Thursday.

Flagler County extended its curfew another for another day Thursday, from 8 p.m. Thursday to 7 a.m. Friday.

“This is for your safety and the protection of your property and our businesses,” the Flagler Sheriff’s Office said.

Osceola County was not under a curfew, but the city of Kissimmee had one in effect for Thursday into Friday, 9 p.m. to 6 a.m.

“Due to extensive flooding in our community, the City of Kissimmee has instituted a mandatory curfew … until further notice,” the city’s official account tweeted Thursday. “Remain at home during that time unless you are required to commute for work or are an essential worker.”

A stay-at-home order for the city of Naples was lifted at noon on Thursday.

Other curfews that remained in effect on for Thursday into Friday:

“I am enacting this curfew as a means of protecting the people and property of Charlotte County,” Sheriff Bull Prummell told the Associated Press.