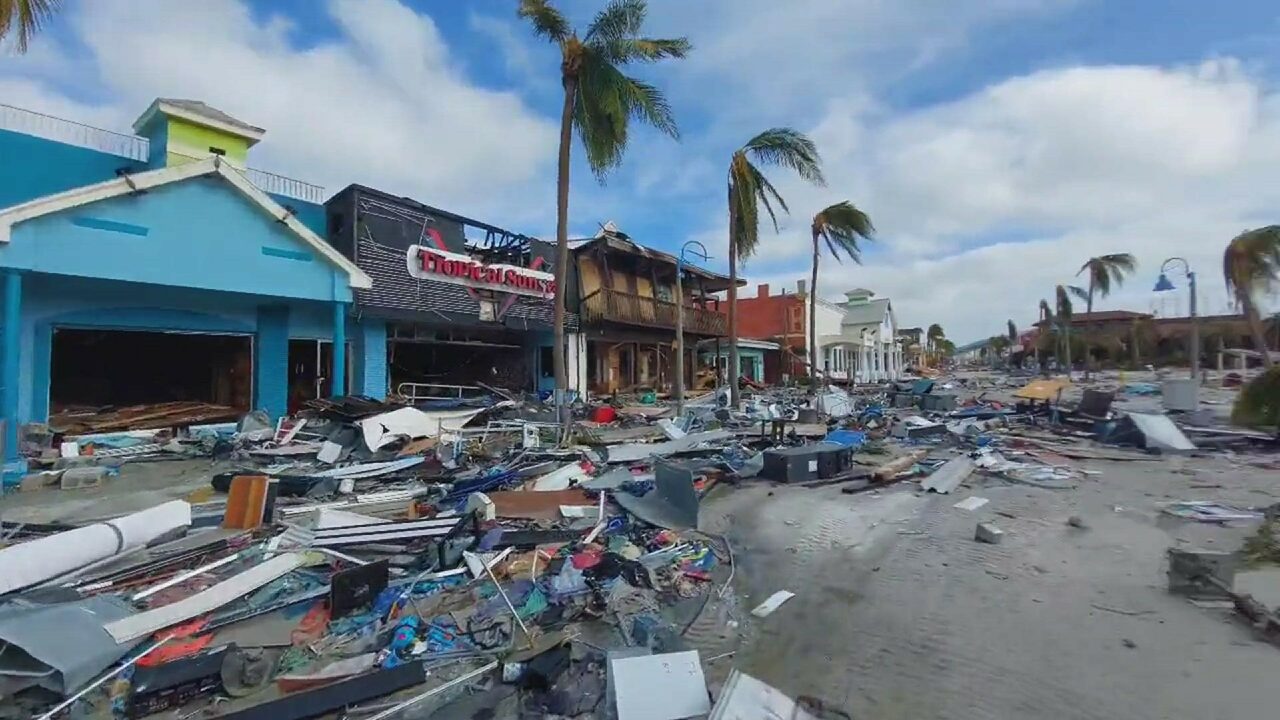 ‘The folks in Lee are prepared for some level of displacement …’

Hurricane Ian has left Florida, but hazards from the damage and clean-up efforts it left behind remain for residents.

Gov. Ron DeSantis and Florida Division of Emergency Management Director Kevin Guthrie stressed that more deaths often occur after a storm has passed than its direct impact. Residents should stay out of standing water, which could have dangerous chemicals in it, don’t operate chainsaws to clear debris if they don’t know how to use them and watch out for downed power lines.

As residents assess the damage, though, the hardest-hit areas in Lee County and other parts of Southwest Florida could face a lengthy recovery. Many homes, especially on the coast or on barrier islands like Sanibel or Captiva, were completely destroyed, and roads and bridges were decimated as well.

DeSantis, who toured the damage in Lee and Charlotte counties earlier Thursday, said 700 people have been rescued by the U.S. Coast Guard, search and rescue teams from Florida and Virginia and the National Guard. But he couldn’t confirm the number of deaths due to Ian.

He said it’s too soon to determine how many residents will be displaced or for how long. He noted President Joe Biden approved the major disaster declaration for Southwest Florida and the Tampa area, allowing for the Federal Emergency Management Agency to reimburse those communities 100% for recovery efforts and allowing individuals to apply for disaster assistance, including housing assistance.

As of 3 p.m. Thursday, nearly 9,000 people had sent applications. As of Thursday evening, 165 shelters in Florida remained open, serving 23,714 people.

“The folks in Lee are prepared for some level of displacement and I know that Kevin (Guthrie’s) looked and FEMA’s looked for some solutions but I don’t know that we know exactly how many,” DeSantis told reporters at the state Emergency Operations Center in Tallahassee on Thursday night.

Florida and federal emergency management officials are coordinating efforts to send 1.2 million gallons of water, 120 truckloads of ice and 25,000 meals a day to those in need within the next 72 hours. Much of the water will go to hospitals and other health care facilities to help them keep operations going with water services still not operating.

Lee County reported a main break to their water system, and DeSantis said FEMA and U.S. Army Corps of Engineers have crews on the ground helping to solve the issue.

Other major efforts needed in the short term include restoring power to the 2.6 million homes and businesses left in the dark by Ian. DeSantis said hard-hit areas such as Sanibel Island and Fort Myers Beach will take longer to restore power because utility infrastructure serving those areas was destroyed and will need to be rebuilt.

nextLast Call for 9.29.22 — A prime-time read of what’s going down in Florida politics