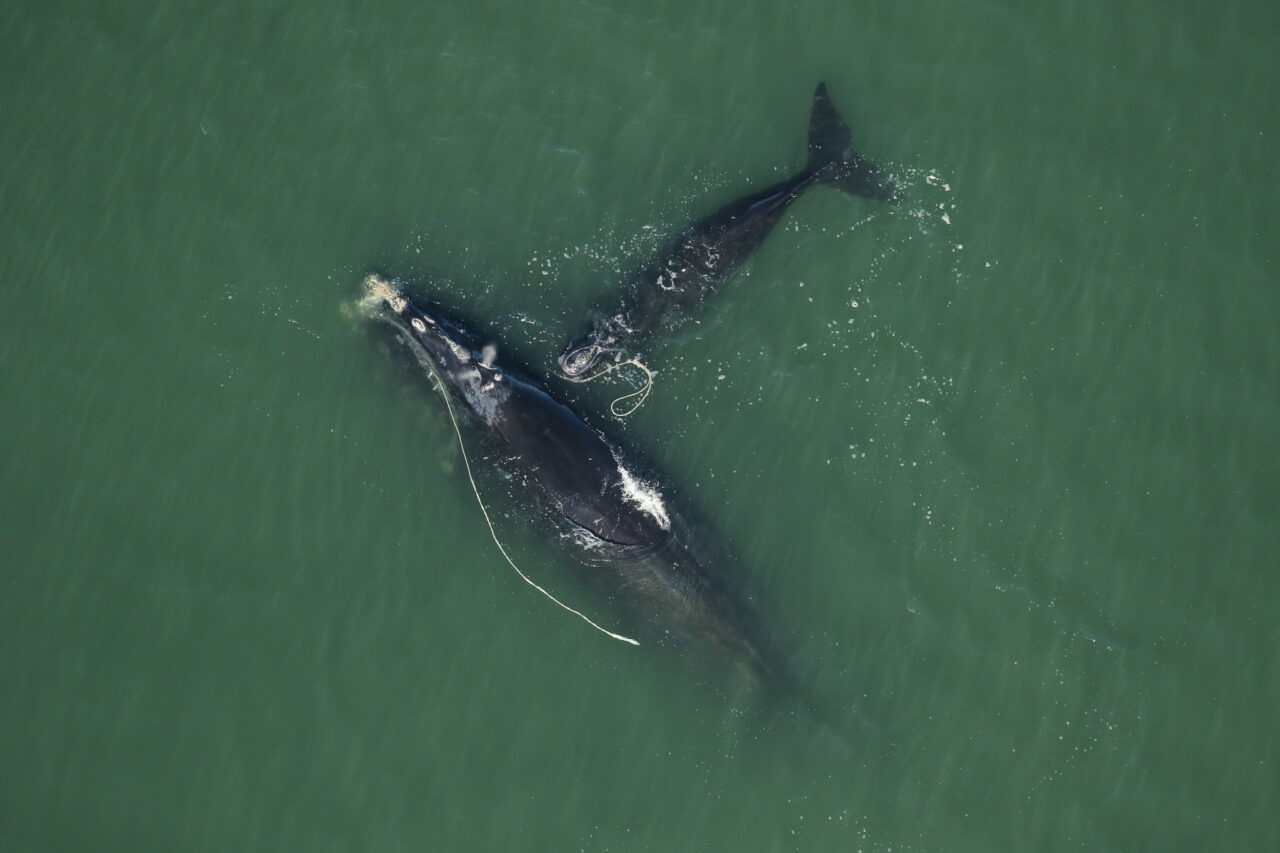 'These are measures that are going to really hurt.'

Keys to the North Atlantic right whale’s survival as a species extend all along the East Coast of the United States, from vessel speed concerns in vital calving grounds off Northeast Florida and Southeast Georgia, to New England and Canadian fixed-gear lobster- and crab-trapping waters.

What’s on tap is the second phase of an anticipated three-phase process in which NOAA Fisheries — also known as the National Marine Fisheries Service (NMFS) — is developing a comprehensive effort to save the species from extinction. A federal court determined regulations finalized in September 2021 as Phase One of the plan didn’t satisfy the requirements of the Marine Mammal Protection Act (MMPA).

“The judge ruled the 2021 final rule should’ve reduced mortality and serious injury, caused by U.S. commercial fisheries, to below (the potential biological removal level, or PBR) within six months of implementation of those 2021 regs,” said Colleen Coogan, branch chief for the Marine Mammal and Sea Turtle Team in the Protected Resources Division of the NOAA Fisheries Greater Atlantic Regional Fisheries Office.

Getting to that point doesn’t look any easier, with thorough opposition from people involved in the industry believed by NOAA scientists to cause the vast majority of North Atlantic right whale deaths in U.S. waters.

“As NOAA’s own regional administrator, in a declaration filed in court just recently, stated, ‘The scope of the measures required to reach PBR will have significant economic and social consequences to the affected fisheries and surrounding communities,’” Maine Department of Marine Resources Commissioner Patrick Keliher said.

“‘The more widespread such closures are, the more fishing businesses will be impacted with the scale of risk reductions needed to reach PBR.’”

Scoping for this second phase is underway, including a virtual scoping meeting this week while most Floridians busied themselves with handling the natural disaster at their door, Hurricane Ian.

It’s not known exactly how many whales die from American-laid traps and attached ropes, and how many die from those fishers’ counterparts in Canada.

“This past week, we have been working on just some possible measures,” said Kristan Porter, President of the Maine Lobstermen’s Association and a member of the Atlantic Large Whale Take Reduction Team.

“This is really, really hard. These are measures that are going to really hurt, and they were measures put forth that looked really bad that didn’t come close to 90% (risk reduction to right whales). So, I want people to realize this is real, and this is coming, and it’s not going to be pretty.”

Gear markings are included as part of the rules package NOAA is rolling out, but with a species so quickly headed toward extinction, every month of waiting for the process to cross the finish line means more potentially dead whales.

Data compiled and analyzed by NOAA scientists indicate if the 2021 rule, implemented fully, would result in a 46% risk reduction to right whales, mostly out of the Northeastern lobster and Jonah crab fishery. That same fishery is responsible for a remaining 47.5% of the overall risk as it exists today.

On the conservation side, Oceana suggests NOAA take a look at what options are open under the National Environmental Policy Act (NEPA).

“So far, Phase One had a very narrow range of alternatives, and prematurely ruled out some management tools,” said Gib Brogan of Oceana.

“The agency has a large task in front of it to meet the multiple requirements of the MMPA and the (Endangered Species Act, or ESA), and the agency should not be ruling out management tools that are in effect in either similar fisheries or neighboring fisheries, before they’re fully developed and explored in the (Environmental Impact Statement, or EIS).”

Phase One contained management measures that were theoretical, he said, but the situation is already to a point where proven measures are needed.

“With that being said, we’re hoping the fisheries service is going to include expanded use of time-area management, with gear-restricted areas, with incentives to use pop-up or unmanned gear, and complement that with dynamic management that is reactive.”

Dynamic management measures are needed because of uncertainty over right whale population distribution at any one time.

The Atlantic Large Whale Take Reduction Team, though it helps develop policy, isn’t the final say on what goes forward.

“While the team is responsible for developing recommended changes to the plan, we at NMFS are ultimately responsible for making sure that we’re meeting the mandates of the Marine Mammal Protection Act,” Coogan said. “We’re the ones that have to modify the Atlantic Large Whale Take Reduction Plan in a way that’s consistent with the act’s mandate, whether or not we get consensus recommendations.”

Public comments are open through Oct. 11.