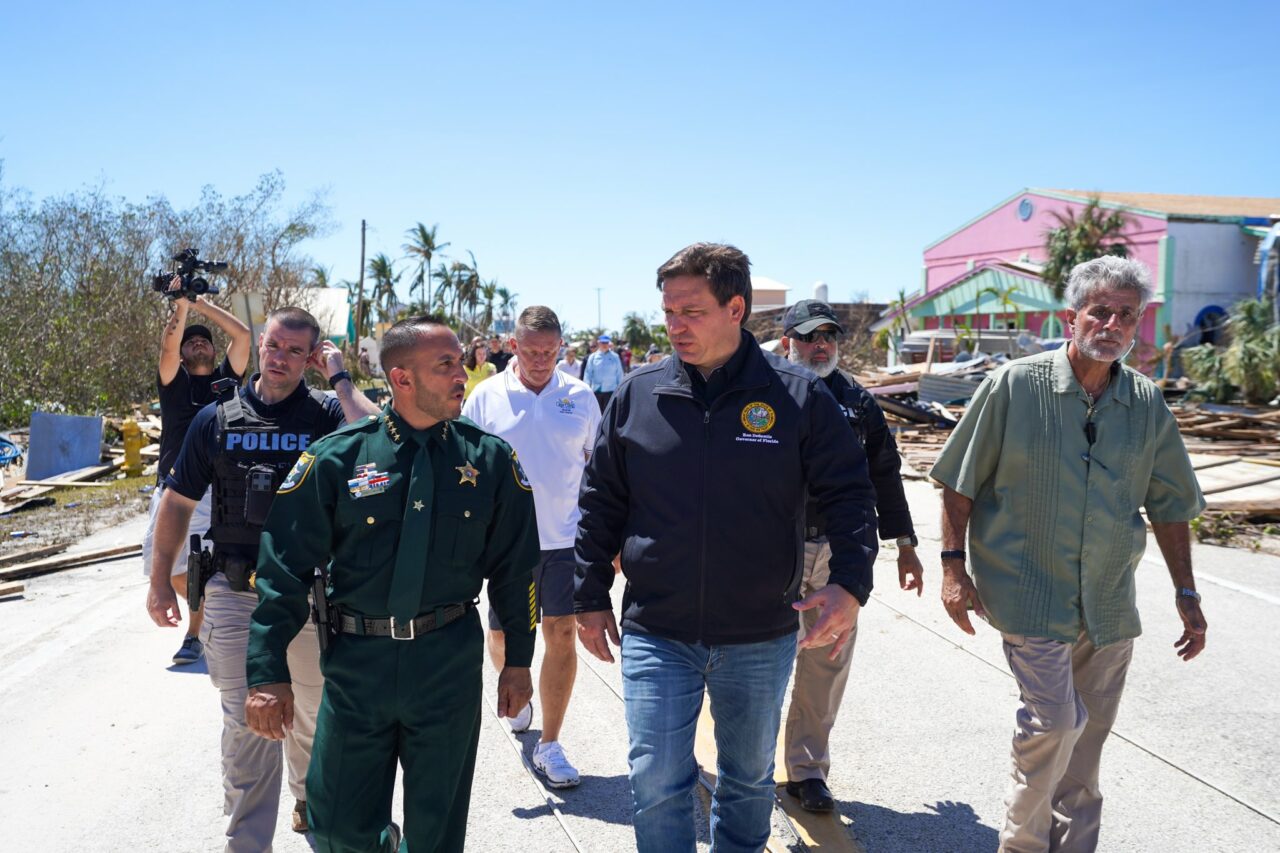 ‘They should be prosecuted, but they need to be sent back to their home country. They should not be here at all.’

Three of four suspects arrested in Lee County on looting charges were in the country illegally, according to Gov. Ron DeSantis.

Florida’s Republican Governor made the announcement Tuesday during a news conference in Fort Myers about the response to Hurricane Ian. He has touted “law and order” in Southwest Florida following the destruction from the Category 4 hurricane, and Tuesday’s update connected that effort with his opposition to President Joe Biden’s immigration policies.

“These are people that are foreigners, they’re illegally in our country, but not only that, they try to loot and ransack in the aftermath of a natural disaster,” DeSantis told reporters.

“They should be prosecuted, but they need to be sent back to their home country. They should not be here at all.”

DeSantis, Attorney General Ashley Moody and Republican officials across the country have frequently targeted the Biden administration for suspending the federal “Remain in Mexico” policy, which required migrants seeking asylum to remain in Mexico until their immigration court date.

Last month, DeSantis sent 48 Venezuelan migrants on flights from Texas to Martha’s Vineyard in Massachusetts, an act that has brought immigration back to the fore as DeSantis seeks re-election.

Lee County has implemented a curfew and a “zero-tolerance” policy against looting. Fox News reported Lee County Sheriff’s deputies arrested all four on charges of burglary of an unoccupied structure during a state of emergency, according to online jail records.

DeSantis has come out hard against looting in the days since Ian passed through Florida. On Friday, DeSantis referenced one sight he saw in Punta Gorda the day prior.

“They boarded up all the businesses, and there are people that wrote on their plywood, ‘you loot, we shoot,’” DeSantis said. “At the end of the day, we are not going to allow lawlessness to take advantage of this situation. We are a law-and-order state, and this is a law-and-order community, so do not think that you’re going to go take advantage of people who’ve suffered misfortune.”

Later in St. Augustine, DeSantis said he told Division of Emergency Management Director Kevin Guthrie that the state could provide support in the event of people bringing boats to try to “ransack” homes on islands that have been isolated from the mainland.

“I can tell you, in the state of Florida, you never know what may be lurking behind somebody’s home,” DeSantis said. “I would not want to chance that if I were you, given that we’re a Second Amendment state.”