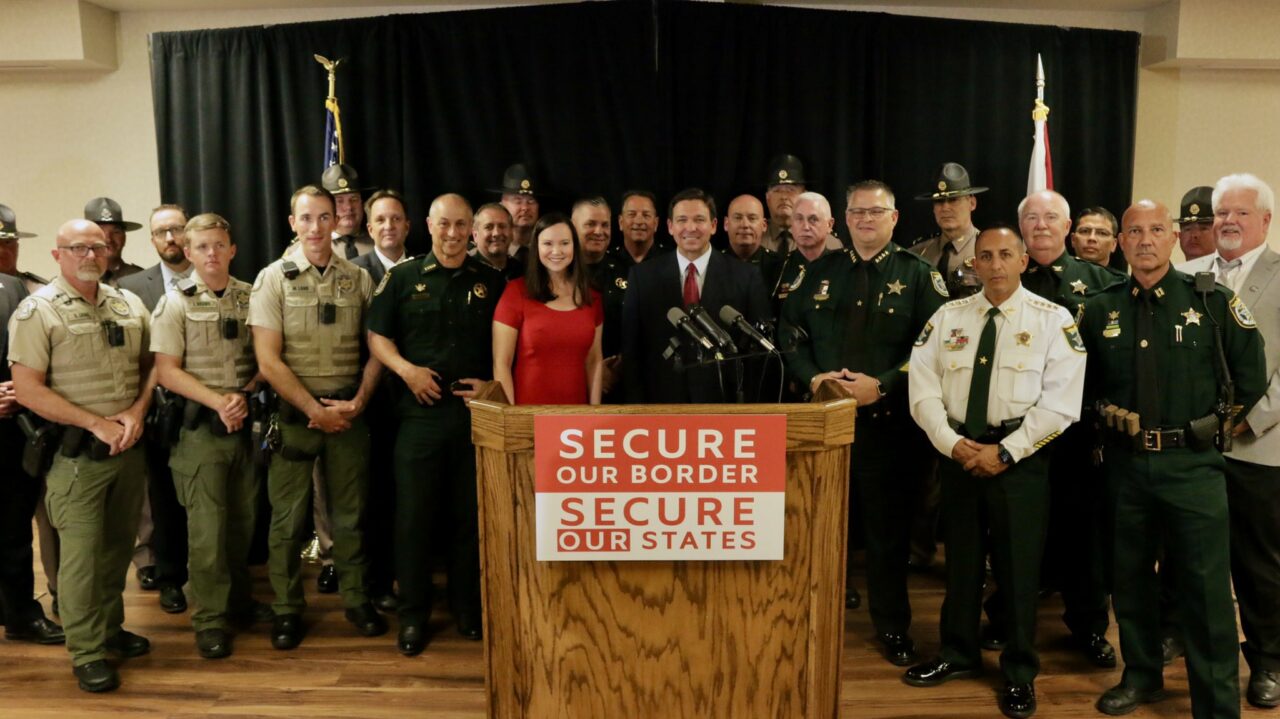 Was Martha's Vineyard the right call? One poll says yes.

Independent support essentially mirrors the overall poll, which shows 49% in favor and 44% opposed, with partisan splits in play.

Democratic politicians have called the transit “human trafficking.” And by an overwhelming margin, Democrats agree: 79% oppose it, while just 10% of Democrats back “Air DeSantis.” Meanwhile, 87% of Republicans back the migrant relocation scheme, while just 9% oppose it.

A gender gap is in play with the migrant transit program, with 55% of men supporting it against 39% opposition. But with women, it’s underwater, with 44% support against 49% disapproval.

White voters favor it, with 56% approval, compared to just 15% of Black voters who back the program. It’s underwater with Latino voters, meanwhile, with 42% support and 51% disapproval.

Regional splits are also in play. While migrant relocation has majority approval in North Florida and Tampa Bay, it is underwater in both Miami-Dade and Orlando metros.

With Hurricane Ian fostering disaster-driven cooperation between DeSantis and President Joe Biden, the migrant flights have been drastically downplayed in the re-election campaign messaging. Yet there was a sign the controversy was chafing DeSantis even before that, with a fundraising email last month blasting Biden’s immigration “crisis” but not mentioning the Martha’s Vineyard charter flight.

“As the crisis at our southern border worsens, DeSantis contended, “the Left seems to be up in arms and offended about everything except the crisis itself.”

Ahead of the hurricane, defiant DeSantis told friendly interviewer Sean Hannity that both travelers and those in Martha’s Vineyard “wanted” the plane to land.

The undocumented immigrants had “all signed consent forms to go,” he added.

With Florida now dealing with a natural disaster that few imagined weeks ago, the migrant flights have receded from the headlines. But in at least one poll, they were a political winner.

This survey of 669 likely voters was taken before Hurricane Ian, between Sept. 18 and Sept. 25. Republicans made up 34% of respondents, Democrats 33%, and Independent/Other 28%. The poll had a 4.5-point margin of error.