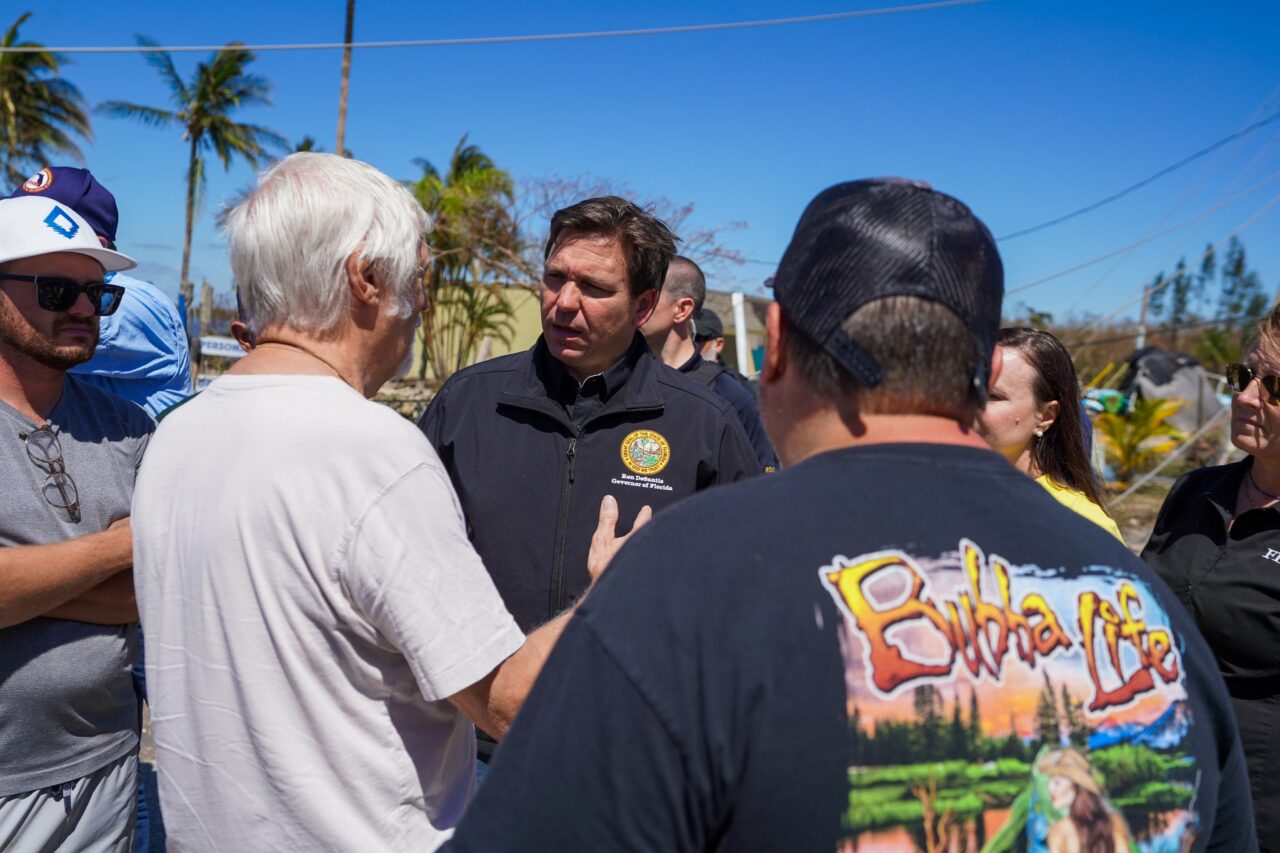 ‘Loss of or structural damage to our offices, early voting sites and Election Day polling locations is evident.’

While local election offices look to recover, Gov. Ron DeSantis says citizens in counties hit hard by Hurricane Ian will be able to vote in the upcoming Midterm Election.

The Category 4 storm struck near Cayo Costa State Park in Lee County seven days ago. Now, with less than five weeks until election day, officials are grappling with how to accommodate officials and voters for the destructive and deadly cyclone that leveled much of the coastal region.

“I want to keep it as normal as humanly possible,” DeSantis said Wednesday during a news conference in Matlacha. “I think the more you depart, it just creates problems, but we do have precedent with Hurricane Michael.”

One week after landfall, election officials are still evaluating what solutions they may need to keep elections running. The Governor expected to make adaptations in Lee County and possibly Charlotte County, two of the hardest-hit counties. Other counties “are probably in good shape,” he added.

“I think the Supervisor here is in the process of looking at all the precincts, figuring out where you may have problems and then they will propose a solution for the state of Florida,” DeSantis said.

In a statement on Tuesday, Lee County Supervisor of Elections Tommy Doyle said his office is working with local cities and the county government to assess damage and determine where temporary voting sites will be needed.

“In the wake of Hurricane Ian, loss of or structural damage to our offices, early voting sites and Election Day polling locations is evident,” Doyle said.

“For many voters, their regular polling location will not be available,” he continued. “We understand and will do our best to provide a safe polling location that is as convenient as possible under current conditions.”

He also attempted to reassure voters that the election will be conducted under Florida law.

“Election security is paramount,” Doyle said. “We want voters to be confident that we are working hard to ensure they can safely, securely and efficiently cast their ballots in the upcoming election.”

An immediate concern for election officials is the eight-day window to send vote-by-mail ballots. That window opened the day after landfall and closes Thursday.

Ion Sancho, who was Leon County’s Supervisor of Elections from 1988 to 2016, told Florida Politics he did not recall a hurricane affecting mail-in voting in the 20 years since the Legislature mandated the option.

“The only worse possible time this could come is right before an election,” Sancho said.

Sarasota County Supervisor of Elections Ron Turner told POLITICO on Monday that he was forced to postpone sending out mail-in ballots until this week.

On Friday, Secretary of State Cord Byrd suspended the filing deadline for campaign finance reports for one week.

Like in a statement that day, Byrd told Florida Politics on Wednesday that his primary concern is the safety and well-being of Floridians, including state election workers. He is visiting Supervisors of Elections in the counties affected by the storm from Tuesday to Thursday this week,

“We are considering all contingencies at the moment and will be in continual contact with Supervisors of Elections to evaluate the conditions of the affected counties moving forward,” Byrd said.