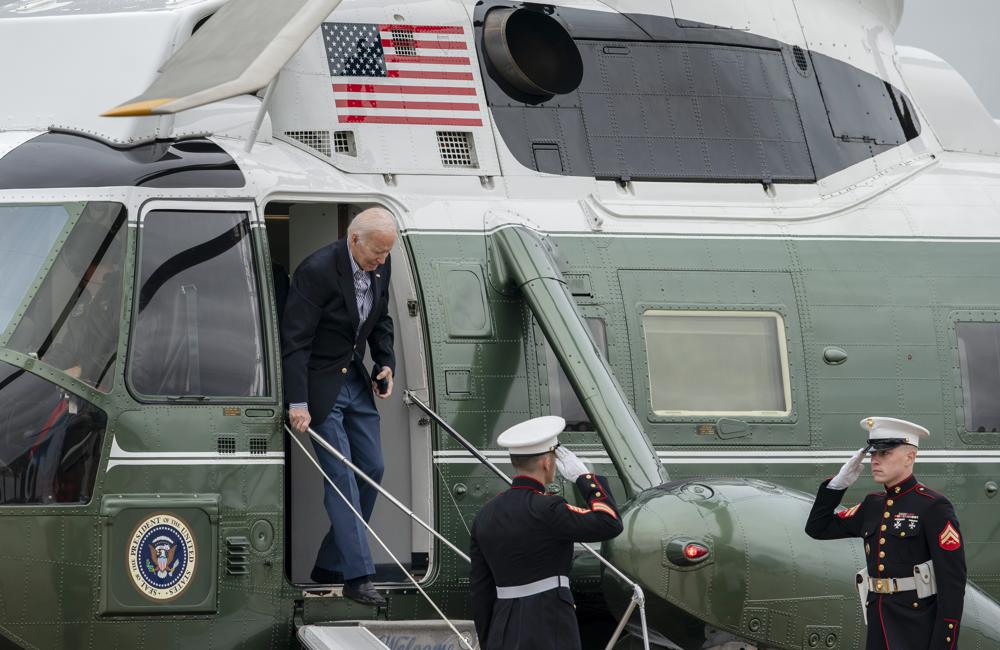 Governments and organizations will now have 60 days to request funding.

Biden has already declared a major disaster area in 17 Florida counties, which created a 30-day window for recovery and debris removal to be reimbursed by FEMA. White House Press Secretary Karine Jean-Pierre told reporters on Air Force One that the administration doubled that time frame.

“This administration is committed to building Florida back stronger and more resilient,” Jean-Pierre said.

DeSantis praised the decision to lengthen the time for reimbursements, something he requested immediately after the storm struck Florida on Sept. 27. He noted FEMA and other federal agencies have lifted many of the government barriers to rapid recovery.

“There’s been less bureaucracy holding us back in this one than probably any I’ve seen,” DeSantis said at a Matlacha press conference shortly before Biden’s arrival.

Criswell told pool reporters on Air Force One the decision to extend the time frame for reimbursements ultimately was an easy one.

“The situation is catastrophic,” she said. “Many homes remain underwater.”

While FEMA always encourages debris to be cleaned up from disasters as quickly as possible, it’s clearly impossible to recover from this disaster within a month.

But the federal government intends to help make things work as fast as possible. FEMA approved a request from DeSantis to activate a temporary sheltering hotel program, allowing those eligible to stay in hotel rooms participating in the program.

Criswell also said FEMA will bring in its own mobile homes to provide for those displaced by the storm, providing camps many in the region will be familiar with that remained in place years after Hurricane Charley struck Punta Gorda and surrounding areas in 2004.

Criswell took questions about insurance and rebuilding as well, though she stressed zoning decisions must ultimately be made at a state or local level. She said FEMA will work to make sure property owners become as educated as possible about whether buildings should be rebuilt in the same locations or elsewhere.

The Category 4 storm delivered particular levels of destruction to Captiva, Fort Myers Beach and Sanibel. But Criswell said FEMA has also dispatched teams into other neighborhoods, including Dunbar, largely thanks to media reports finding some areas to be underserved. DeSantis on the same day of the visit dispatched fuel and internet resources to the poor, east Fort Myers community.