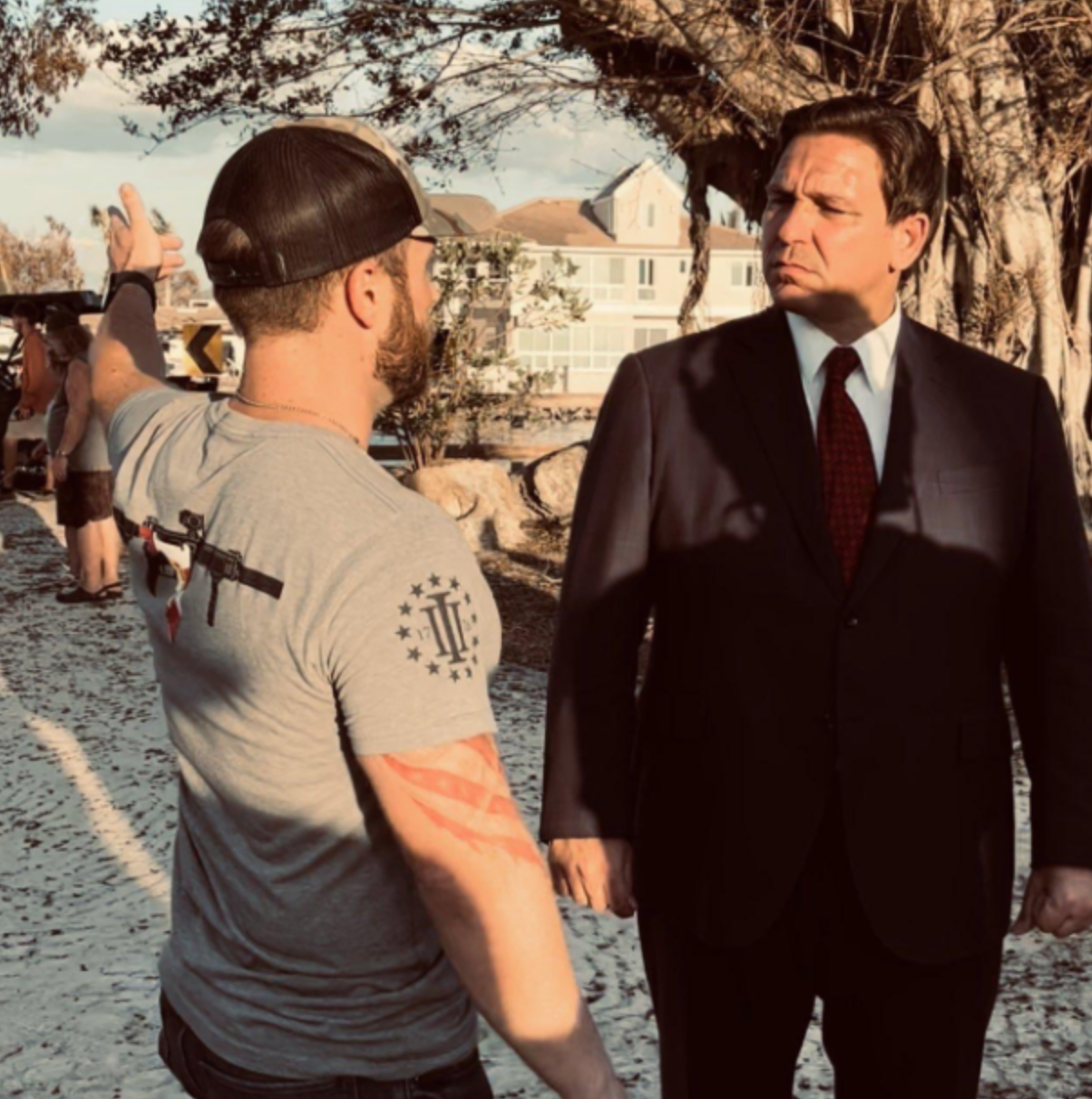 The Florida Democratic Party is speaking out in the wake of an exclusive interview between Gov. Ron DeSantis and a conservative publisher.

DeSantis spoke this week to Brendan Leslie of Florida’s Voice, a four-minute conversation denounced by the Democrats as an “exclusive interview to a Jan. 6th insurrectionist.”

“If Ron DeSantis thinks politics have no place amidst hurricane recovery, then why on earth is he using now of all times to give an exclusive interview on the ground in hurricane-ravaged Cape Coral to an extremist who stormed the Capitol on January 6th? That is pure political theater — but apparently, that’s OK when DeSantis does it,” said Florida Democratic Party spokesperson Travis Reuther.

The Democrats note that “during the interview, Leslie was openly wearing a shirt featuring the logo of the Three Percenters, a far-right extremist group with heavy ties to the Capitol insurrection.”

However, Leslie does not seem to have gone as far as many fellow Donald Trump supporters and provocateurs who roamed the Capitol and disrupted the certification of the 2020 Presidential Election.

Leslie told a Florida media outlet that he was in Washington on Jan. 6, 2021, and they reported that he “was among that group who forced a lockdown at the Capitol, but he says he was inside only to document the chaos.”

Leslie’s exclusive interview with DeSantis was brief, but it was not without its memorable moments.

During their talk, the Governor famously claimed media members were eager to see Tampa take the full force of Hurricane Ian’s fury.

“Quite frankly, you have national regime media that … wanted to see Tampa, because they thought that would be worse for Florida. That’s how these people think,” DeSantis said, in an interview publicized Tuesday morning.

To see the interview, click on the image below: