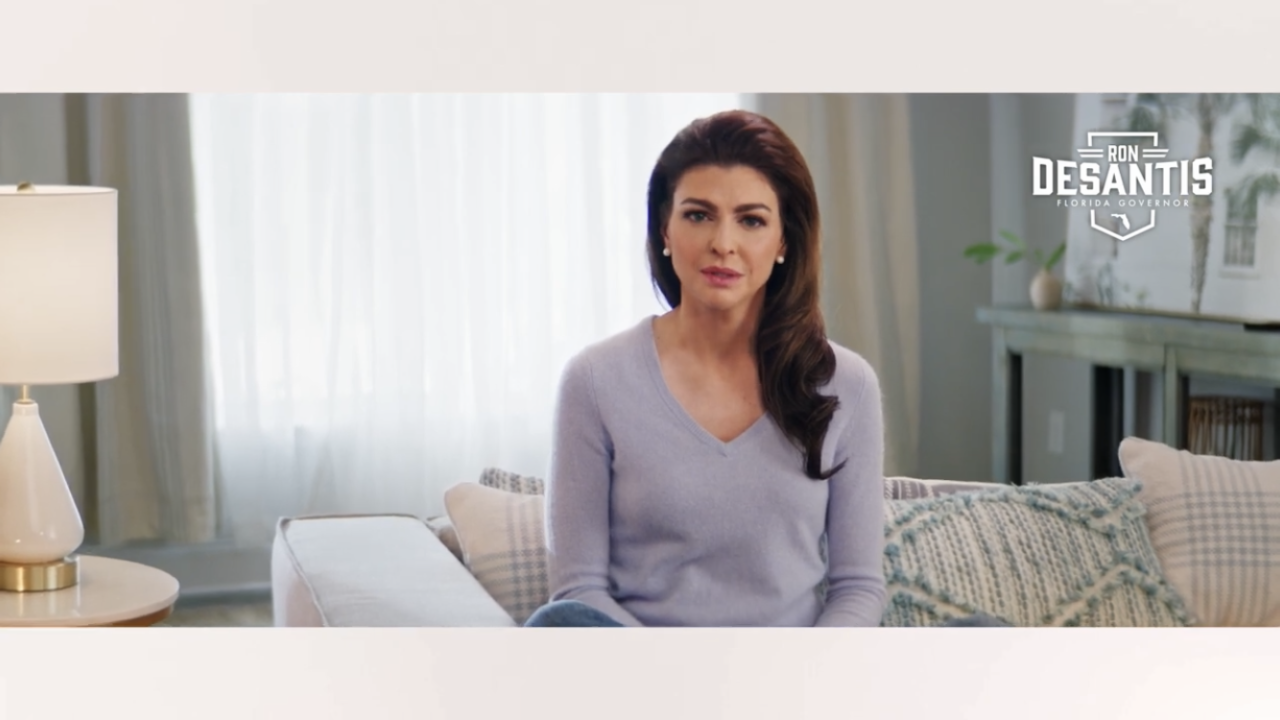 'He was there to pick me off of the ground when I literally could not stand.'

A new ad supporting the re-election campaign of Ron DeSantis features narration from the person who knows him best.

In an emotion-filled new spot released Monday by the Republican Party of Florida, Florida’s First Lady describes the man she knows and loves in ways supporters have never heard before.

The TV and digital ad, “That Is Who Ron DeSantis Is,” features First Lady Casey DeSantis “as she shares with Floridians, for the first time, the behind-the-scenes story of Gov. Ron DeSantis’ support through her battle with breast cancer,” asserted the DeSantis campaign Monday.

The ad is released a year after Mrs. DeSantis’ diagnosis, which kicked off months of recovery and uncertainty for the First Family before her recovery.

“If you want to know who Ron DeSantis really is, when I was diagnosed with cancer, and I was facing the battle for my life, he was the dad who took care of my children when I couldn’t,” Mrs. DeSantis asserted.

Gov. DeSantis offered updates on the First Lady’s recovery at various points between the diagnosis and the March revelation that she was “cancer-free.”

He spoke of struggling with how much to put in the public eye.

“We’ve talked amongst ourselves,” DeSantis added, “about, ‘OK, she’s a public figure, a lot of people care about her, and a lot of people have been praying for her.’ And that makes a huge difference to us and we really appreciate it.”

Despite the efforts of the DeSantises to handle the bulk of treatment without publicity, critics wondered why the Governor was out of the public eye late last year on at least one day he was with his wife. He spoke of that incident earlier this year.

See the new ad below.

previousAll the state's students will be back to the books by Oct. 17