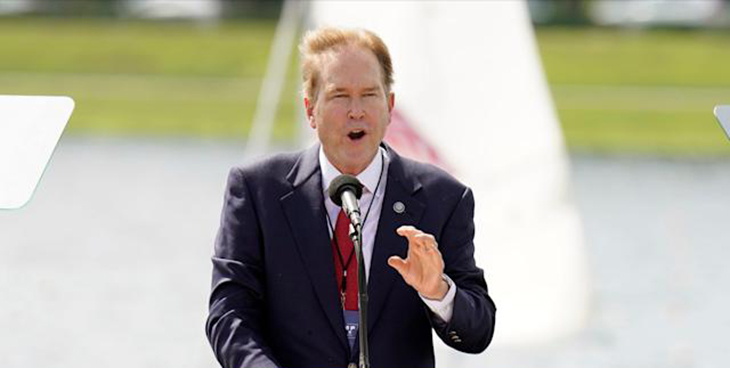 A disparity in financial strength hints the money shows more about the Ways & Means contest.

U.S. Rep. Vern Buchanan raised another $754,000 for his re-election campaign in the third quarter. That means the Longboat Republican has tallied $4.5 million in donations despite the fact he doesn’t face nationally backed opposition for 2022.

Democratic opponent Jan Schneider hasn’t released third quarter numbers to date, but as of June had raised just under $12,000, with a pot of over $41,000 in cash-on-hand primarily made up of money from prior campaigns.

With a month left before the Nov. 8 General Election, most do not expect the contest for Florida’s 16th Congressional District to be competitive. That suggests that more support has rolled in for Buchanan as donors nationwide see him as the most likely member of Congress to Chair the powerful House Ways & Means Committee come January.

While Buchanan has Chaired five of the six subcommittees under the Ways & Means umbrella, no Florida member has ever Chaired the full committee for an entire Congress, as Buchanan aims to do.

“Vern is a self-made conservative businessman who will bring over 30 years of real world experience to the chairmanship of the Ways & Means Committee and help reverse President (Joe) Biden’s failed economic policies.”

Buchanan’s ascension to a committee Chairmanship can only happen if Republicans regain a majority in the House. To that end, Buchanan has also raised $3.1 million for the National Republican Congressional Committee (NRCC). That’s more money raised for the NRCC than any other member of Congress not already serving in GOP House leadership.

The eight-term incumbent faces Schneider in the Nov. 8 General Election, an opponent he has soundly defeated in prior election cycles, most recently besting her by nearly 20 percentage points in 2016. This cycle, Buchanan also defeated Republican Primary challenger Martin Hyde with more than 86% of the vote, a higher vote share than any Florida Republican facing Primary opposition this year.

The announcement of fundraising success comes as the leadership elections heat up within the Republican caucus in Washington.

A week ago, allies of U.S. Reps. Adrian Smith of Nebraska and Jason Smith of Missouri, other Republicans vying for the chairmanship, told POLITICO the race was not yet over. Neither of the Smiths has announced third quarter fundraising totals yet. But through mid-July, Jason Smith had raised $2.1 million for his re-election and Adrian Smith raised under $1.3 million. Buchanan at that point had raised $3.5 million.

More critical in a leadership contest than low-tier re-election campaigns, the money can be used to support other Republicans in tough contests around the nation.

Buchanan has also stressed he previously Chaired the NRCC Finance Committee in 2012, when the entity raised $155 million that year and kept a majority in the House even as Democratic President Barack Obama won re-election.