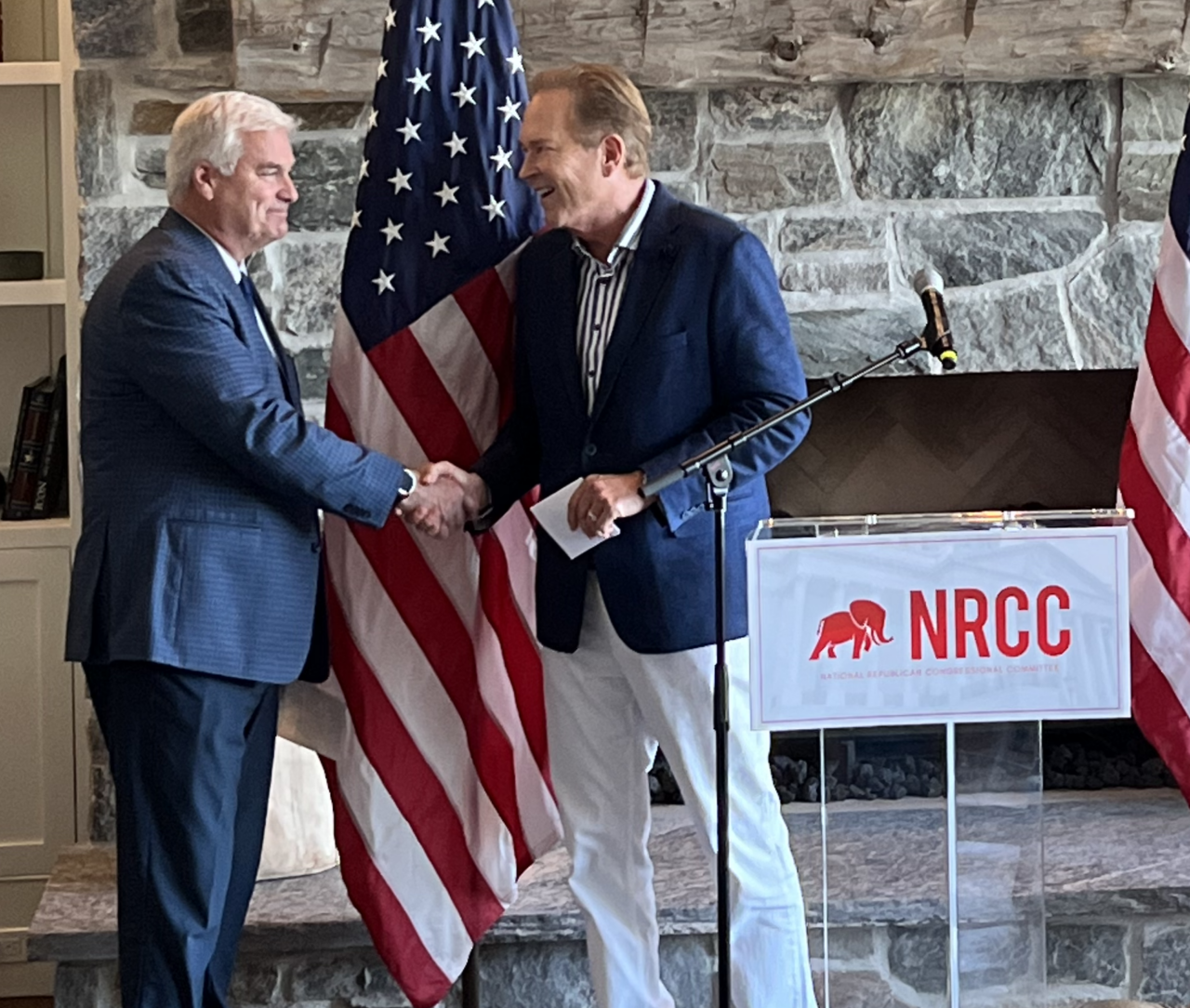 The Longboat Key Republican will hold the NRCC Victory Florida event on Saturday. National Republican Congressional Committee Chair Tom Emmer, an Indiana Republican, will attend the event. Proceeds raised will be divided among the four candidates, the NRCC and the Republican Party of Florida.

That means dollars will support both the efforts to win the four Florida districts and secure seats nationwide as Republicans look to retake a majority in the U.S. House of Representatives.

“I am focused on making sure Republicans expand their majority in Florida and take back the House in November,” Buchanan said. “We must continue to do everything in our power to support candidates who will reject (Democratic Speaker Nancy) Pelosi’s and (President Joe) Biden’s failed agenda.”

The stakes are especially high for Buchanan, in line to be the senior-most Republican on the powerful House and Means Committee. If Republicans do win the majority, Buchanan likely will take over as Chair of the most powerful committee in Congress.

The event in his hometown will be the latest in a series of fundraisers he hosted for the NRCC. He just held a similar event in Michigan that benefited GOP candidates there.

Right now, Democrats cling to just a nine-seat majority in the 435-member chamber.

The four candidates benefiting from the fundraiser offers a glimpse into where the NRCC sees opportunity for pickups in November. All are running for office in open seats.

Bean, a state Senator, won the Republican nomination in Florida’s 4th Congressional District. With a new congressional map in effect, the seat arguably serves as the Jacksonville-area replacement for a seat now held by Democratic U.S. Rep. Al Lawson, a Tallahassee Democrat.

But at Gov. Ron DeSantis’ insistence, the Florida Legislature approved a map that eliminates a minority access seat stretching from Tallahassee to Jacksonville and leaves CD 4 a predominantly Republican and majority-White district, where 52.61% of voters supported Republican Donald Trump in the 2020 Presidential Election and 45.94% went for Biden. Bean faces Democrat LaShonda Holloway.

Lee, a former Florida Secretary of State, just came out on top in a GOP Primary in Florida’s 15th Congressional District. The seat is widely considered Florida’s “new” congressional district, awarded based on the 2020 Census.

It’s also the most closely divided congressional district in Florida based on voter registration. Trump won the seat with 50.86% of the vote in 2020 to Biden’s 47.74%. Lee faces Democrat Alan Cohn, who lost to Republican U.S. Rep. Scott Franklin two years ago in a differently configured CD 15.

Luna, the GOP nominee in Florida’s 13th Congressional District, looks to flip the seat recently vacated by Democratic U.S. Rep. Charlie Crist, who resigned to focus on his gubernatorial campaign against DeSantis.

Crist defeated Luna in 2020, but the new map shifts the Pinellas County seat to include more coastal suburbs and moves CD 13 from a district Biden won by 4 percentage points to one Trump won by 7 points. She and Democrat Eric Lynn are fighting for the open seat.

Mills just surfaced as a Republican nominee in Florida’s 7th Congressional District after a crowded and bruising Primary. The veteran aims to flip a seat blue that’s now held by Democratic U.S. Rep. Stephanie Murphy, who chose not to seek re-election.

Under the new lines, 52.1% of voters in the district supported Trump compared to 46.57% who backed Biden. That’s a shift from the old map, where Biden won a district where Murphy defeated a Republican incumbent back in 2016.

previousAnnette Taddeo blasts Gov. DeSantis for ‘cruel’ migrant relocation plan, which she questioned back in January