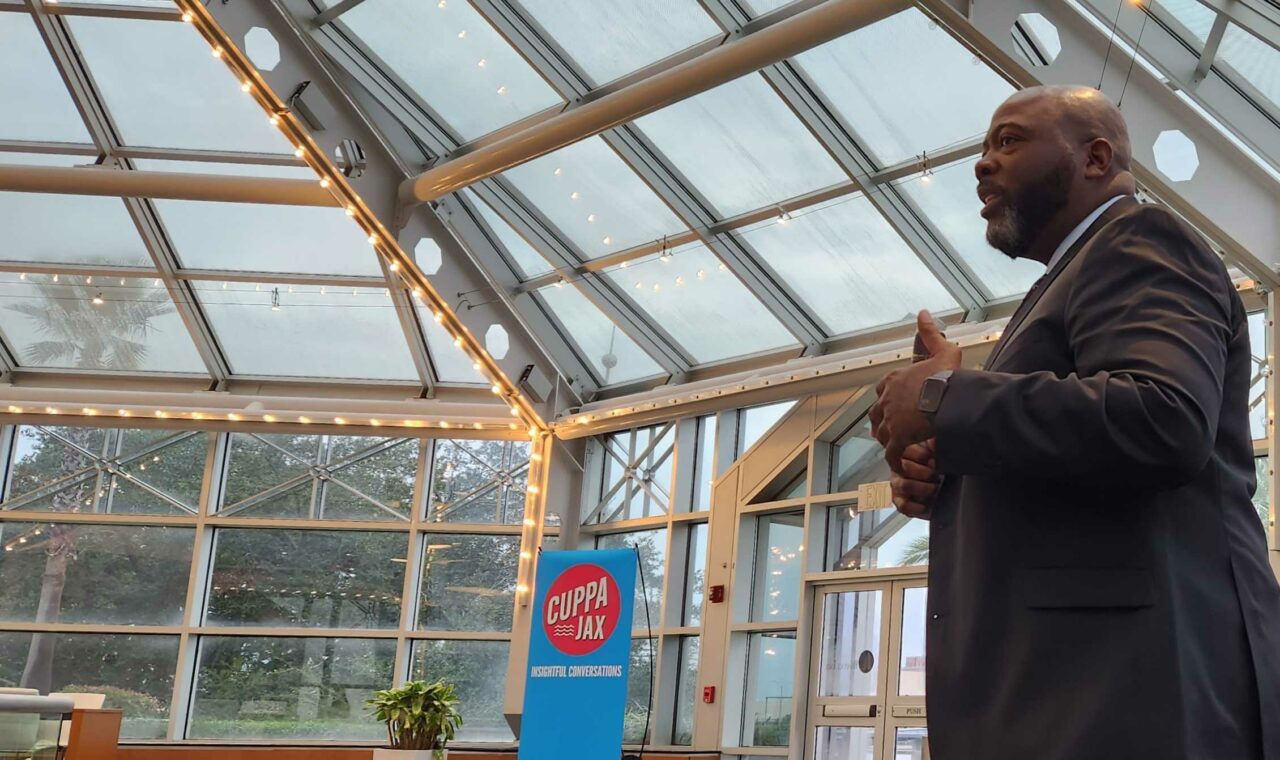 It's an involved process.

Around 600,000 Americans get out of prison each year, and a lot of them need a hand getting back into the flow of society.

Helping those folks is one of the goals of Operation New Hope. Reggie Fullwood, the organization’s President and CEO, spoke to Jacksonville discussion group Cuppa Jax about the effort this week.

The organization takes people who are trying to put their lives back together, and helps them toward a path to get back on their feet. The work became personal for Fullwood six years ago when the former Jacksonville City Councilman and state legislator pleaded guilty to federal charges regarding taking campaign money for personal use.

A few weeks ago, Operation New Hope stepped in and helped two people who happened to literally be at their door.

“We were looking for a building in Orlando, and we had a site that fell apart, so we were at the second location,” Fullwood said. “I met the realtor there, and as I pulled in, I noticed there was a couple homeless people sleeping at the back door of this place.”

The organization ended up leasing the building, and the regional manager, after a long conversation with the couple, got them involved in the program.

“At graduation,” Fullwood said, “the lady … of the couple said, ‘I don’t even have a felony, but I needed this program. He does (have a felony record), and I knew that if I joined the program with him, he would complete it and he would get a job.’ Both of those people have job interviews this week, and again we found them sleeping at our back door. That’s a testament to what we do.”

To overcome all that takes a team. A person starts out with a job coach, a mental health therapist and an instructor that helps them navigate that process.

Operation New Hope began 23 years ago under Kevin Gay, who stepped aside not long ago, but Fullwood says he remains a resource to the group.

“In America, we never let go,” Gay said to the Florida Times-Union earlier this year when discussing his work at Operation New Hope. “They spent the rest of their life wearing ‘The ‘Scarlet Letter.’ They can’t get housing or jobs because there are all these barriers.”

previousMarco Rubio requests $33B in supplemental spending for Hurricane Ian