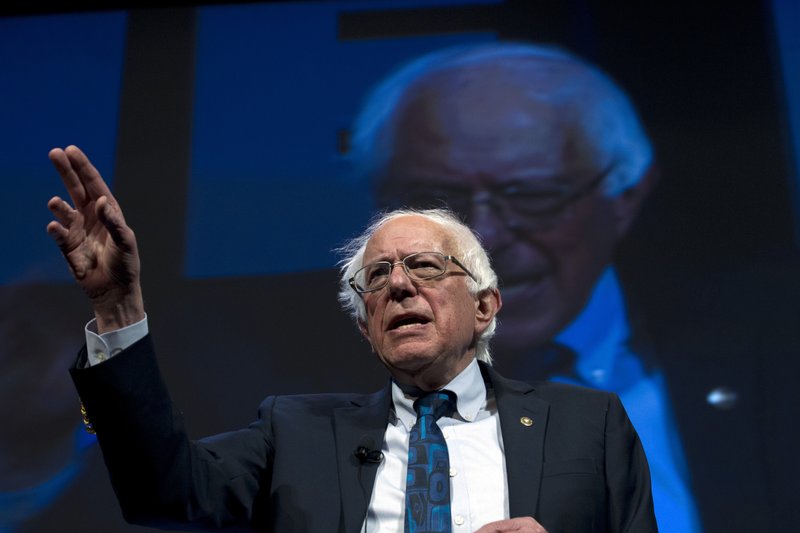 ‘The energy level for young people, working-class people (isn’t high enough). I want to see what I can do about that.’

U.S. Sen. Bernie Sanders will visit Orlando near the end of the month to support Democratic congressional candidate Maxwell Frost and energize young and progressive Florida voters ahead of the General Election.

The stop in Orlando is one of at least 19 planned events the Independent Senator from Vermont is planning over the final two weekends before Election Day. The first begins in Eugene, Oregon, on Oct. 27, with others following in California, Nevada, Texas and Florida the first weekend and in Wisconsin, Michigan and Pennsylvania the second weekend.

Sanders will visit Orlando on Oct. 30, according to The Hill. The event will take place after a stop in McAllen, where the 81-year-old is planning to support Michelle Vallejo, the Democratic candidate for Texas’ 15th Congressional District.

Participating organizations along the tour include NextGen and MoveOn.

“It’s about energizing our base and increasing voter turnout up and down the ballot,” Sanders told the New York Times, which first reported on the planned tour. “I am a little bit concerned that the energy level for young people, working-class people (isn’t high enough). I want to see what I can do about that.”

The Times said Sanders plans to hold events with a blend of House candidates, a mayoral contender and liberal organizations across the eight targeted states. That includes Frost, a former ACLU staffer and March For Our Lives activist now running to succeed U.S. Rep. Val Demings in Congressional District 10. In late August, the 25-year-old stunned establishment politicos by soundly defeating several Democratic Primary opponents, including two former members of Congress, to clinch the party nomination.

Other high-profile Democratic candidates in need of a boost that Sanders could stump for include Demings, who is running to unseat U.S. Sen. Marco Rubio, Miami state Sen. Annette Taddeo, who is challenging U.S. Rep. María Elvira Salazar in Congressional District 27, and gubernatorial candidate Charlie Crist.

Among Republicans, he is a veritable boogeyman whose image conservative operatives often use to harden the party’s base against considering casting ballots for Democratic candidates.

Such was the case with a new TV and digital ad released last week painting Taddeo as a hyper-leftist who was “spotted huddling with the Miami chapter of a socialist group that supports the Cuban communist regime.”

The “huddling” to which the ad referred was an April 2018 panel discussion the Miami chapter of the Democratic Socialists of America hosted on expanding state and federal health care access that Taddeo participated in alongside several other Democrats.

Taddeo has repeatedly backed bills in the Florida Senate that would help close the state’s “coverage gap” by increasing Medicaid support, a move Sanders backs too. But she was also among several Florida Democrats who criticized Sanders for his soft rhetoric on Fidel Castro.

Taddeo’s campaign manager, Nick Merlino, told Florida Politics she will not be campaigning with Sanders.

Asked by the Times whether he was worried his campaigning in swing states could backfire, Sanders said the GOP is already using him to attack Democrats.

Sanders said Democrats are “doing rather poorly” in appealing to working-class voters. He plans to address that issue while on tour.

“It is rather amazing to me that we are in a situation right now, which I hope to change, where according to poll after poll, the American people look more favorably upon the Republicans in terms of economic issues than they do Democrats,” he said. “That is absurd.”

Editor’s note: This story was updated to include a comment from Merlino.