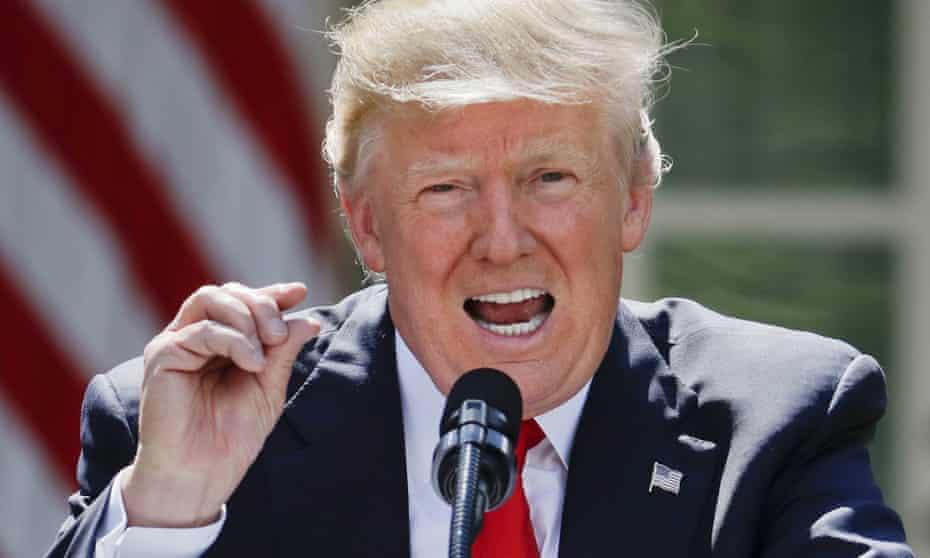 Just half believe Joe Biden 'definitely' won. And 12% say rampant voter fraud occurs in more than half of all races.

Faith in the integrity of United States elections is eroding among Floridians, according to new polling data released Wednesday that shows one of every three likely voters in the state still believes Donald Trump won in 2020.

The Public Opinion Research Lab at the University of North Florida spoke by phone with 622 likely voters Oct. 17-24. The survey had a 4.7-percentage-point margin of error.

When asked about the prevalence of voter fraud, 34% of respondents said they believe less than 1% of races have enough vote tampering to affect the outcome, while 54% said it happens more frequently.

Twelve percent said it occurs in more than half of all races.

In a related question, 50% of respondents said Joe Biden definitely won the 2020 Presidential Election. Another 10% said he probably won.

But 34% believe Trump was the victor, with 19% saying he definitely won and the remaining 15% saying he probably won.

Only 4% of Democrats believe Trump won. Twenty-four percent of independents think he did.

Regarding voter fraud at large, just 14% of Republicans believe it occurs at election-swaying levels in less than 1% of races. Twenty percent think it happens in up to 10% of contests, while 14% said it happens in up to a quarter of them. The rest believe either an even greater share of races are tainted by rampant voter fraud, don’t know or refused to answer the question.

Democrats were far more trusting, with 61% saying voter fraud at levels high enough to change election results happens in less than 1% of all races.

Independent voters, on the other hand, believed 29% of races are fully secure. 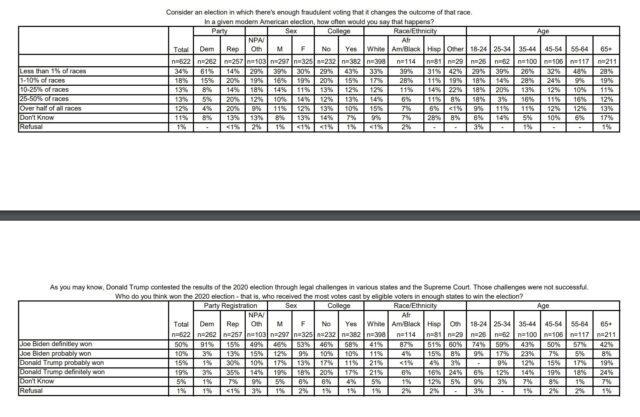 Just 14% of Republicans hold opinions about election integrity that line up with related research. Image via the Public Opinion Research Lab at the University of North Florida.

Exhaustive fact-checking on election integrity has turned up little evidence of voter fraud and no evidence of fraudulent voting systemic enough to have changed the outcome of the 2020 election.

“Most of the research in this area suggests impactful voter fraud is rare — well under 1% of elections,” said Dr. Michael Binder, a UN professor and faculty director at the PORL. “But most people seem to think it’s much more prevalent, (and) this general distrust in elections is pretty clear when you look at the perceptions of the 2020 election, with only half of respondents convinced Biden really won.”

Election outcome denial is on the rise among conservative elected officials and candidates. Last month, a dozen Republican candidates for U.S. Senate and Governor — including incumbent Gov. Ron DeSantis and U.S. Sen. Marco Rubio — declined to say whether they would accept the results of the Nov. 8 General Election.

Asked the question again on a debate stage last week, Rubio said he would, “because I’m going to win.”

“No matter what the outcome is, I’ll support it because Florida has good laws,” he said before casting doubt on the Senate race in Pennsylvania between Democratic Lt. Gov. John Fetterman and Mehmet “Dr. Oz” Öz, a Republican TV presenter and retired cardiothoracic surgeon running.

“They’re not some crazy laws like they have in Pennsylvania and these other places,” he said.

Belief in baseless claims of voter fraud was the driving motivator behind the Jan. 6, 2021, riot at the U.S. Capitol, which took place after Trump invited supporters to a “wild” protest nearby.

He later told attendees to go to the Capitol building, where federal lawmakers were certifying the election results, “show strength” and “demand that Congress do the right thing and only count the electors who have been lawfully slated.”

He added, “I know that everyone here will soon be marching over to the Capitol building to peacefully and patriotically make your voices heard.” Many in the crowd did not follow his request.

The former President has never publicly conceded his loss. He continues to falsely claim the election was stolen from him despite testimony to the contrary from several congressional witnesses, most of them Republicans, including former Attorney General William Barr, former White House attorney Eric Herschmann, Georgia Secretary of State Brad Raffensperger, and Gabriel Sterling, the chief operating officer in the Georgia Secretary of State’s Pffice.

To identify a “likely voter,” the PORL required poll respondents to fit one of three criteria: they either had to have voted in the 2018 Midterm General Election, the 2022 Primary Election or have registered to vote in Florida in 2020 or later.

Fifty-two percent of those polled were women.

More than 61% of respondents said they’d gone to college. Sixty-four percent said they were White, while 23% were Black, 13% were Hispanic and the remainder said they belonged to another ethnic group.