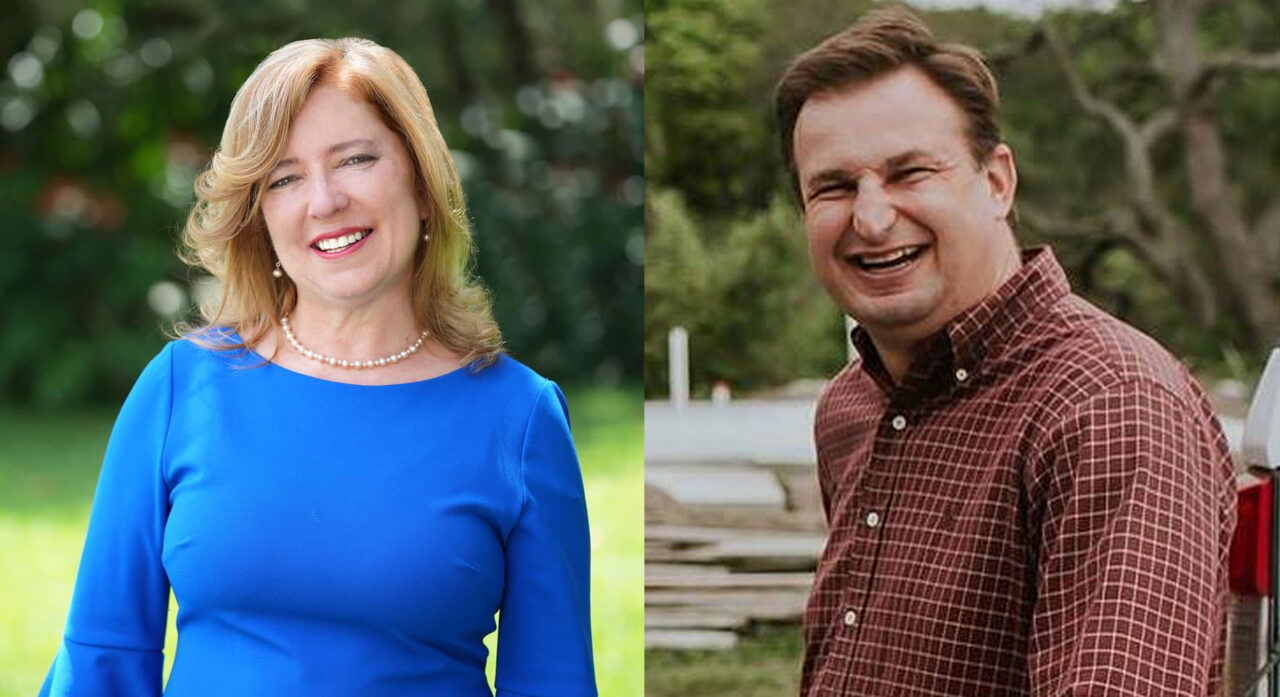 The race was among the most competitive in Florida this election cycle.

Overcoming negative press about his last election, Sen. Jason Brodeur has secured a second term in the Florida Senate.

The Sanford Republican defeated a high-profile challenge from Democratic Rep. Joy Goff-Marcil, who had called on Brodeur to resign.

Unofficial results showed Brodeur had secured 54% of the vote to Goff-Marcil’s 46%, a margin of 18,679 votes. Goff-Marcil narrowly won the Orange County part of the district by 1,804 votes, while Brodeur dominated in Seminole County, which is home to most of SD 10’s voters, winning there by 20,483 votes.

“Floridians sent a clear message tonight about who we are as a state and the values we hold dear by rejecting the radical ideologies being pushed by the fringe: abortion without limits, indoctrination in our classrooms, lockdowns, mandates and defunding the police,” Brodeur said in a prepared statement.

The race for Senate District 10 in Central Florida was one of the most closely watched in Florida throughout 2022. But that’s thanks to the 2020 Election that installed the incumbent, which loomed over this year’s contest.

The competition marked a rare occasion when Democrats invested heavily in offense this cycle, along with a South Florida effort to oust state Sen. Ileana Garcia that also failed.

Both Brodeur and Garcia won election in the same class, in 2020 — under similarly scrutinized circumstances. Republican operatives in their districts allegedly recruited candidates to run with no party affiliation, dubbed “ghost candidates,” in a clear effort to siphon off votes from Democrats.

In Brodeur’s case, he ended up securing a majority, 50.3%, of voters’ support over Democrat Patricia Sigman. He took the race by just 7,644 votes. Meanwhile “ghost” candidate Jestine Iannotti, who had misleading mailers sent out on her behalf that used a stock photo of a Black woman, took 5,787 votes.

Paris was found guilty of a misdemeanor charge in September, and both Iannotti and former Seminole County Tax Collector Joel Greenberg both told investigators Brodeur knew about or was expected to support her candidacy. Brodeur has denied any knowledge of the scheme.

Regardless, it’s been central in Democratic attacks against the incumbent. Goff-Marcil called on the incumbent to drop out or resign after Paris’ conviction.

But the candidates did present agendas as well.

“I am running for clean drinking water for future generations, for protecting a woman to make her own health care decisions,” Goff-Marcil said. “I’m running to fully fund public education and invest in teachers — and for election integrity.”

Brodeur stressed his business background. “I’m proud of my record of defending Central Florida’s small businesses, and I’ll continue fighting against mandates, lockdowns and unnecessary taxes that hurt our local job creators,” he posted on Facebook.

Incumbency came with financial advantages for Brodeur. Heading into the final month of the campaign, the Senator controlled more than half a million dollars in cash on hand ready to deploy on his behalf, while Goff-Marcil had less than $30,000 left to spend. That came after she poured more than six figures into advertising efforts in SD 10.

The Florida Democratic Party has made a priority of the race as well, pumping upward of $120,000 into the race even before the bus tour came to town.

Under a new Senate district map approved by the Legislature, Democrats found reason for optimism in SD 10. About 51.5% of voters under the new lines voted for Democrat Joe Biden in the 2020 Presidential Election, compared to 47.06% who backed Republican Donald Trump. Of course, under the old Senate District 9 lines, Brodeur won more than 50% of the vote even as Biden won the district with 49.36% to Trump’s 49.24%.

Of note, major voter registration successes by the Republican Party of Florida have shifted the district to the right. When voter rolls closed for the General Election, there were 727 more registered Republicans than Democrats in the district, erasing a Democratic advantage held all cycle up until that point.