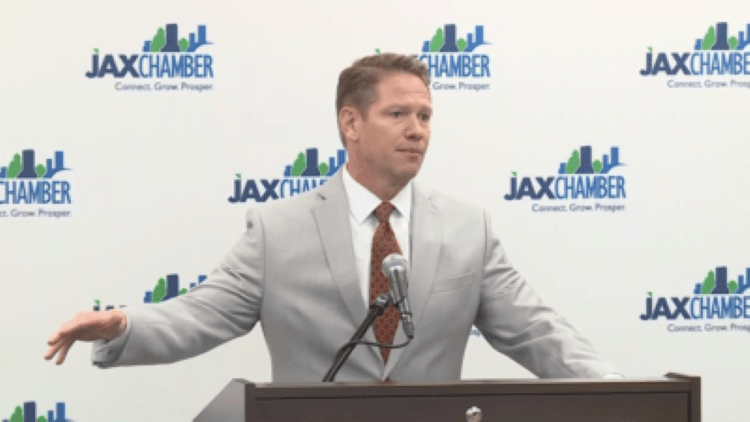 LeAnna Cumber, Donna Deegan and others have ground to make up.

The bulk of Davis’ October fundraising went to his campaign account. He raised $134,450 in hard money, pushing the account over $450,000 raised after two months’ activity, leaving more than $405,000 on hand.

He added another $37,500 to his Building a Better Economy political committee between the dates of Oct. 22 and Nov. 3. Developers LLB Management donated $20,000 of that, and a political committee largely funded by development interests, the Northeast Florida Committee for Economic Growth, donated $10,000. Davis’ committee has more than $4.15 million on hand.

Cumber has raised more than $435,000 in hard money, with more than $320,000 on hand. She raised $18,750 to her campaign account in October, the lowest monthly total of the campaign for her. Among the donors: Karen Bowling and David DeCamp, both alumni of the Alvin Brown administration. Former Jacksonville City Councilman Scott Wilson also donated, as did the Wild and Wonderful PAC, which is associated with U.S. Sen. Shelley Moore Capito of West Virginia.

Cumber also has roughly $2.5 million in her JAX First political committee as of Nov. 3.

The leading Democratic fundraiser in the field is former television journalist Donna Deegan, who consistently polls atop the nine-candidate field despite being at a cash disadvantage against Davis and Cumber. She raised $25,777 in hard money in October, with the Nikki Fried-associated Won’t Back Down political committee and Ruth’s List Florida among the donors. She has nearly $260,000 on hand.

Deegan’s Donna for Duval political committee has nearly $330,000 on hand as well.

Two notable names, one Republican and one Democrat, make up the next fundraising tier.

Republican City Council member Al Ferraro has roughly $68,000 on hand in hard money, and an additional $182,000 in his Keep It Real Jax political committee.

Democratic state Sen. Audrey Gibson likewise is behind the pack as of October’s end. Gibson has less than $14,000 in her campaign account and roughly $98,000 in her political committee, A Rising Tide.

Qualifying for this race isn’t until January, and the final field will participate in a March election pitting all candidates against each other. The top two finishers, regardless of party identification, will move on to a May election, unless one candidate gets a simple majority in March.