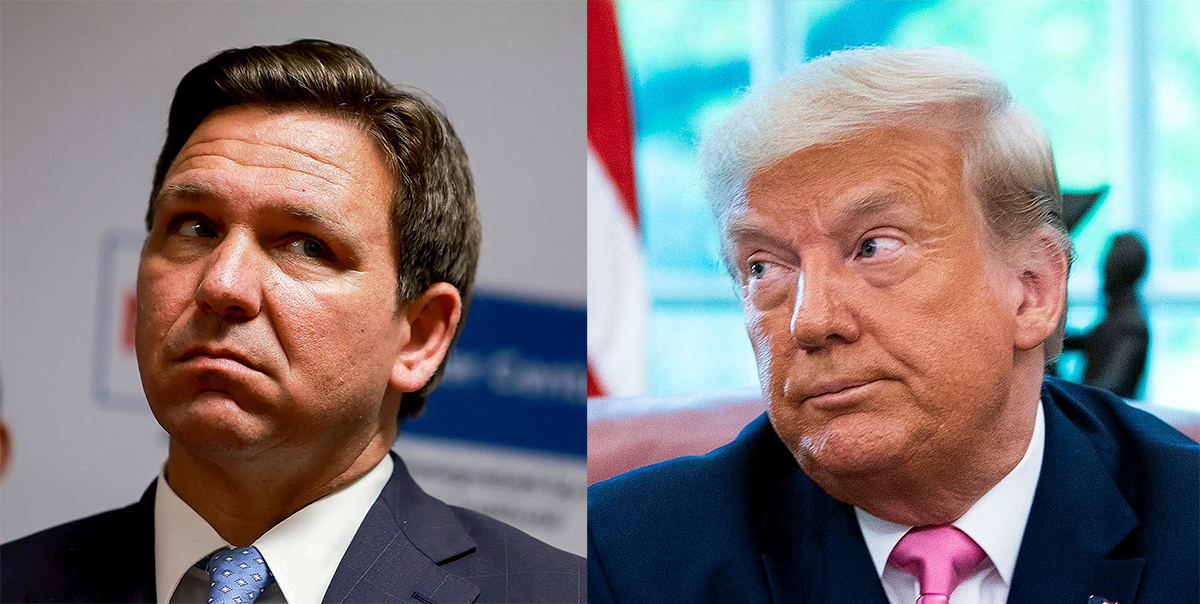 The allegation was part of a rambling diatribe taking aim at Gov. Ron DeSantis.

Neither Democratic nor Republican politicians on the scene at the vote-counting for Gov. Ron DeSantis’ 2018 victory are buying the former President’s claims that the feds got DeSantis over the finish line in Broward County. And the Supervisor of Elections Office is also shooting down Donald Trump’s claims.

President Trump lit up social media with his rambling diatribe against DeSantis, “Ron DeSanctimonious,” Thursday night, triggered likely by the widespread speculation that the Governor’s historic margin of victory this week positions him to claim the Republican presidential nomination. But his allegations about how DeSantis became Governor in 2018, has heads shaking in Broward County.

“I was all in for Ron and he beat (Democrat gubernatorial candidate Andrew) Gillum, but after the Race, when votes were being stolen by the corrupt Election process in Broward County, and Ron was going down ten thousand votes a day, along with now-Senator Rick Scott, I sent in the FBI and the U.S. Attorneys and the ballot theft immediately ended, just prior to them running out of the votes necessary to win,” Trump wrote.

“I stopped this Election from being stolen.”

The current Broward County Supervisor of Elections wasn’t on the job yet in 2018, but Joe Scott’s Office issued a statement in response to Trump’s allegation.

Republican Rep. Chip LaMarca, who was on the ballot for his first election to the House, said Trump’s claims are also news to him. He argued the allegations don’t even make sense because of other results, specifically Nikki Fried’s election as Commissioner of Agriculture, he said. She was down by half a percent as Election Day drew to a close.

“If they were going to do that (which Trump described) the Commissioner of Agriculture race probably would have changed.”

Fried became the winner over state Rep. Matt Caldwell after late ballots were tallied and 6,753 votes put her over the top. Fried weighed in over the dust-up that was hitting 7,000 retweets within three hours.

I'm sending a letter to the @TheJusticeDept this morning requesting an official response to the wild allegations made by a Florida resident last night claiming credit for the outcome of the 2018 election of Ron DeSantis and Rick Scott.

LaMarca said if he wasn’t present as the votes were being counted, he had representatives there.

It was a chaotic election, which eventually led to Brenda Snipes being suspended from her position as Supervisor of Elections in Broward County. Broward County Mayor Michael Udine was one of Snipes’ most vocal critics as the chaos unfolded. He called for her to step down, which she eventually did.

The election had misplaced ballots as well as poorly designed ballots that led to undervotes and late tabulations.

“I’m sure I would have heard about it,” said Udine, who has become a member of the county’s canvassing board as part of his effort to improve elections in Broward County. “I was very vocal about the tumult.”

But, as for federal agents? “I never saw that,” he said.

Broward County Commissioner Steve Geller, a former Democratic state Senator, said he agrees that Trump helped get DeSantis elected: Without the President’s endorsement DeSantis would have lost the Primary. But, as far as federal agents on the scene, Geller said he did not see that.

“Respectfully, because he is a former President and I try to be respectful, I have no idea what the hell he’s talking about,” Geller said.

The DeSantis administration has remained silent on the former President’s statements.