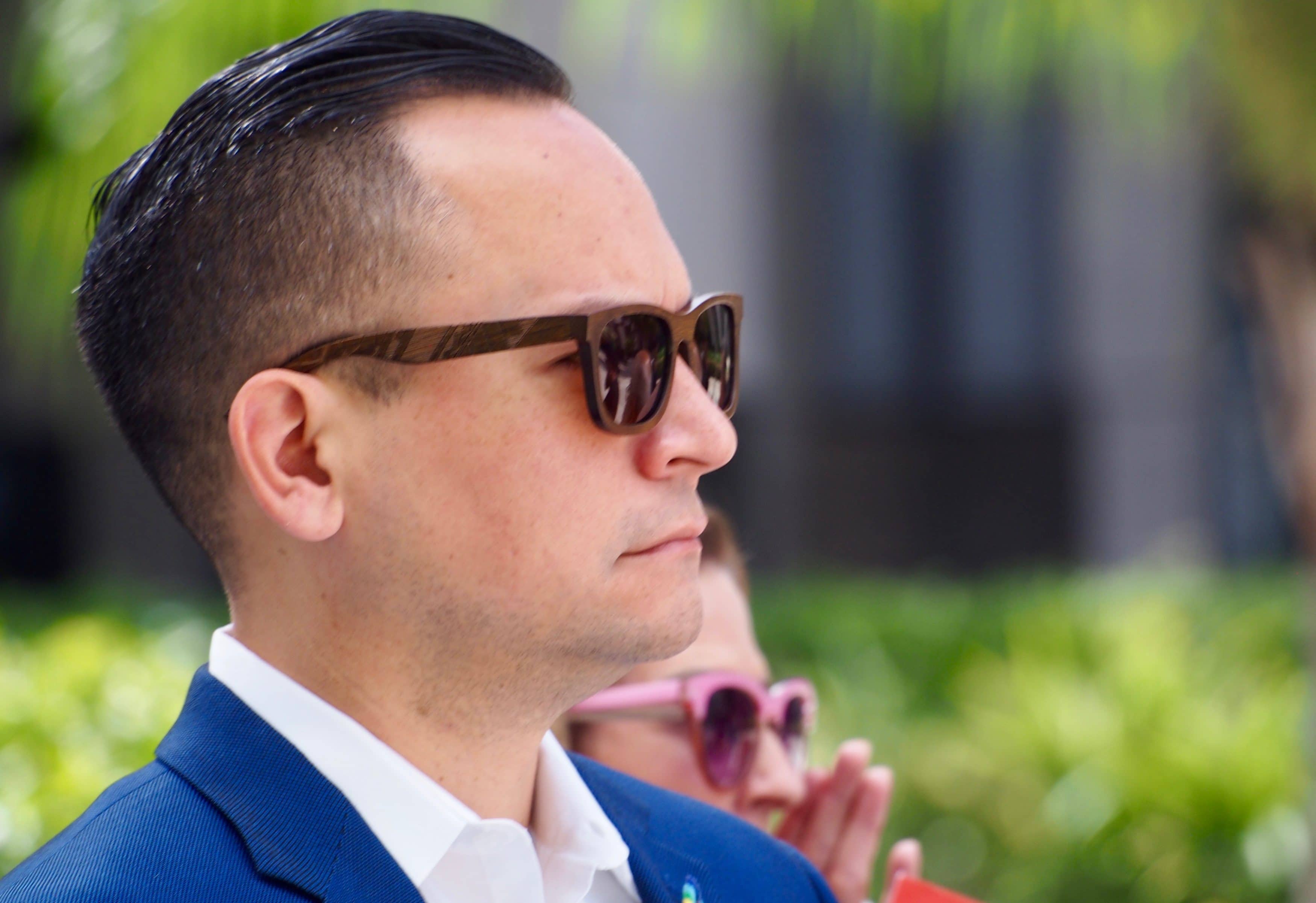 For the first time in six years, Carlos Guillermo Smith doesn’t have pressing business in Tallahassee.

That’s not by choice, of course. The Orlando Democrat was one of four Democratic lawmakers ousted during the Midterms, beaten by Republican Susan Plasencia. But as he takes off his Representative pin, Smith promises he isn’t leaving the political scene.

“Anything is possible and I want to stay in this fight,” Smith said. “I don’t know what that’s going to look like, but I imagine a lot of opportunities in the wake of all this.”

He just gave a speech to Orange County Democrats stating that even on the roughest of election nights, he found hope in the results. He cheered the re-election of state Rep. Anna Eskamani, a close ally in the House, as well as the election of U.S. Rep. Maxwell Alejandro Frost, the first Generation Z member of Congress.

“On Election Night, Ron DeSantis said Florida is where ‘woke goes to die,’” Smith tweeted Sunday. “The irony is that with Democrats winning nationwide, Florida will be where MAGA goes to die too.”

He notably lives in state Sen. Linda Stewart’s district, and the Orlando Democrat cannot seek re-election in two years because of term limits. But whether Smith runs for office again or not, many lawmakers move into lobbying.

Smith wasn’t necessarily shocked about the outcome of the Tuesday election. He was worried he was in for a fight when a new state House map put him in a district reaching well into Seminole County. Despite running in a district Democrat Joe Biden won by more than 10 percentage points in the 2020 Presidential Election, Smith worried the areas around Oviedo that were disconnected from his University of Central Florida strongholds would swing red this year.

That’s exactly what happened. Smith won the Orange County region he represented his first three terms, but lost in Seminole where he introduced himself to voters for the first time.

“Democratic turnout was abysmal, and that is ultimately what was the driving factor in determining the outcome of this and many other races,” he said. Indeed, two cycles after every Orange County district went blue in 2018, Republicans won all competitive House races in Central Florida this year.

Smith feels like the national party gave up too early on Florida, but he also feels flabbergasted that the state party gave up on fundamental practices like voter registration. Republicans, meanwhile, enjoyed tremendous registration success.

“Gov. DeSantis had created a little MAGA universe for them here in the Sunshine State, which is certainly not helpful,” Smith said. “I think Democratic parties have just been demoralized into not wanting to participate.”

He feels strongly, though, that his own campaign team did all it could to win. “Sometimes it just isn’t enough,” he said.

Smith remains proud of budget wins for the community in his three terms, including last year fighting for record funding on arts grants. He also pointed to efforts with the state budget allowing millions more to enroll for disability benefits in Florida.

Most of all, he feels proud of simply providing representation and serving as a role model. He still plans to give some voice to LGBTQ Floridians, and finds inspiration in youth fighting against a tide of legislation like the Parental Rights in Education measure, which limits discussion of LGBTQ issues in schools. Critics like Smith have decried it as anti-LGBTQ legislation, dubbing it the “Don’t Say Gay” law.

He wants to continue in the battle for rights for coming generations.

“Florida is my home and I love this community,” he said. “That’s why I am not going anywhere.”

previousSunburn — The morning read of what’s hot in Florida politics — 11.14.22