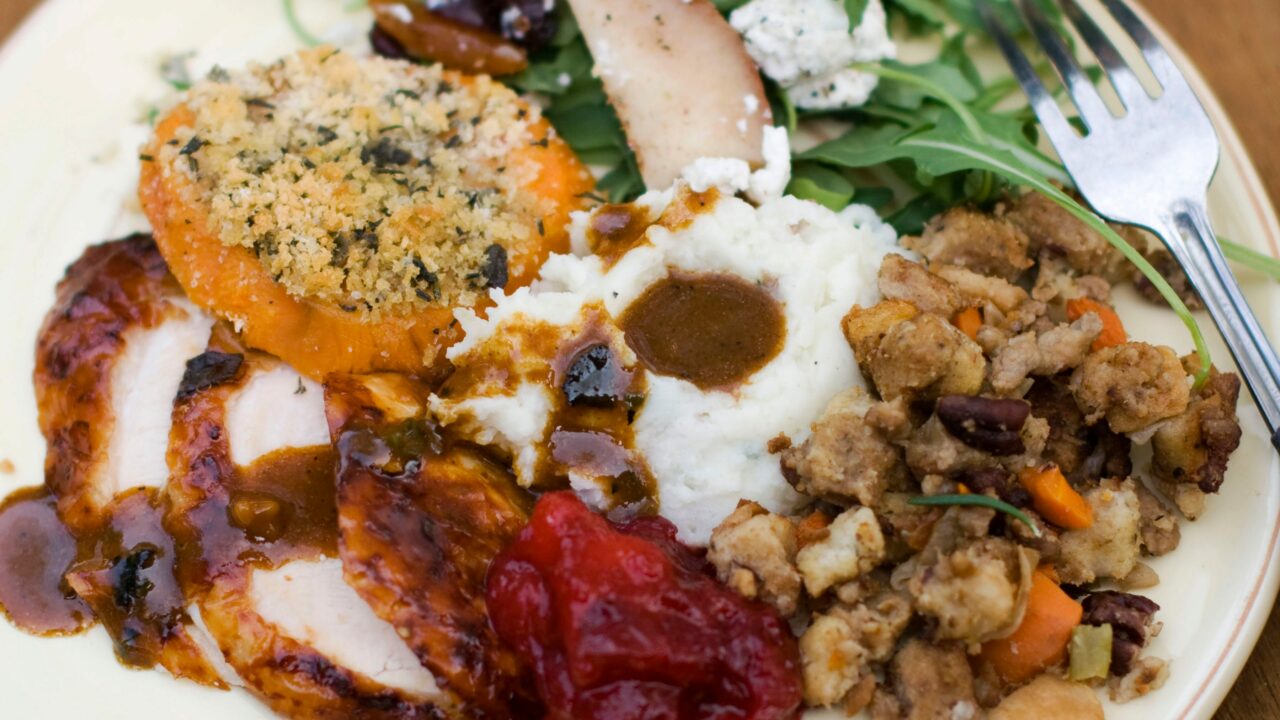 A few extra people to be thankful for.

Thanksgiving marks the beginning of the winter holiday season. That means loads of holiday parties and visits from far-flung family.

Still, the message of the Thanksgiving holiday is the same — it’s a day for Americans to reflect on what they’re grateful for. But it’s also a day to gorge yourself on goodies, sneak a snack in between meals, and loosen your belts while watching the big game.

For food, Publix is the obvious choice. It’s where you’ll find all turkey, potatoes, stuffing and cranberries you can eat — they even sell Rubbermaid containers to store the stuff you cannot. The Florida-based grocer has Thomas Culligan in-house and Matt Bryan, Teye Carmichael and Jeff Hartley of Smith Bryan & Myers on retainer.

Chances are, many of the items that you toss into your shopping cart will come from U.S. Sugar growers. Sugar is the gimme as you’ll need that for the turkey brine. But the company’s farmers grow several other crops such as green beans, the core ingredient in green bean casserole.

Just as sugar is far from the company’s only export, the following is far from an exhaustive list of their lobbyists: Greg Black of  Waypoint Strategies; Charlie Dudley and Cory Guzzo of Floridian Partners; David Browning, Mercer Fearington, Seth McKeel, Sydney Ridley and Clark Smith of The Southern Group; Richard Heffley and Kelly Horton of Heffley & Associates; Frank Mayernick and Tracy Mayernick of The Mayernick Group; Kirk Pepper of GrayRobinson; and Christopher Smith of Tripp Scott PA.

Yes, Publix does sell turkeys, but if you haven’t bought one by now … well, you’re not hopeless, but you’ll need to start researching what “spatchcocking” is and sharpen your kitchen shears (Please tell us you have kitchen shears).

Google and YouTube have brought many Thanksgivings back from the brink. They also have many lobbyists working for them in Tallahassee. Their team includes Brian Ballard, Brad Burleson, Justin Sayfie and Amy Young of Ballard Partners; James Card, Tom DiGiacomo and Brennan Garcia of Continental Strategy; and in-house advocates Ron Barnes, Joseph Dooley, Lilyn Hester, Leah Popoff and Lewis Roberts Jr.

Deep frying is also an option, but if you’re Googling a how-to video the day of then you’re more likely to become a statistic than you are to enjoy a nice meal with family.

According to the National Fire Protection Association, there are more house fires on Thanksgiving than any other day of the year. Turkey frying is a big reason why — fire departments respond to about 1,000 fryer fires every Thanksgiving, and about 900 of them result in a destroyed home.

It often goes unsaid, but firefighters are people we should all be thankful for. There are many firefighter groups in Florida, and many of them have lobbyists.

While shopping is at Publix is indeed a pleasure, don’t even think about making a run for last-minute supplies such as whipped cream for your pumpkin pie. Thanksgiving, along with Christmas and Easter, is one of few days a year Publix shuts down so staffers can share the day with family and friends.

If you’d rather not bother with cooking, there are plenty of restaurants ready to serve you, whether it’s dine-in or carry-out. The Florida Restaurant and Lodging Association aims to “protect, educate and promote,” the state’s $82 billion hospitality industry.

If you’re traveling for Thanksgiving, cooking probably isn’t your responsibility — getting there is hard enough. According to AAA, 54.6 million people will travel 50 miles or more from home this Thanksgiving, a 1.5% increase from last year and 98% of the way to pre-pandemic levels.

Much of the increase is from air travel, which AAA expects to increase by 8% over 2021. Many of the 330,000 additional fliers will be boarding either a Delta or American Airlines flight. Delta is represented by Nick Iarossi, Ron LaFace, Maicel Green, Andrew Ketchel, Jared Rosenstein and Chris Schoonover of Capital City Consulting. American Airlines relies on Jeff Johnston, Amanda Stewart and Anita Berry of Johnston & Stewart Government Strategies.

Once the leftovers are put away and the dishes are done — and assuming no house fires — it’s time to plan out your Black Friday stops. According to the National Retail Federation, an estimated 165.3 million people are likely to shop Thanksgiving Day through Cyber Monday. That’s great news for Florida’s retail stores, which rely on the Florida Retail Federation to make sure their voices are heard in Tallahassee.

Shopping for presents to put under the tree is certainly a good way to spend the Friday after Thanksgiving, but if you’re looking to make a difference for the less fortunate this holiday season, consider helping out at your local food bank.

Feeding Florida is a statewide network bringing together 14 food bank members across the state to try to reduce hunger. The association has the team at Johnson & Blanton backing it up when it needs a helping hand.

And as you consider other ways to help Floridians in need this holiday season, use the Florida Department of Agriculture and Consumer Services’ “Check-A-Charity” tool to get detailed information about the organizations you want to give to this year.