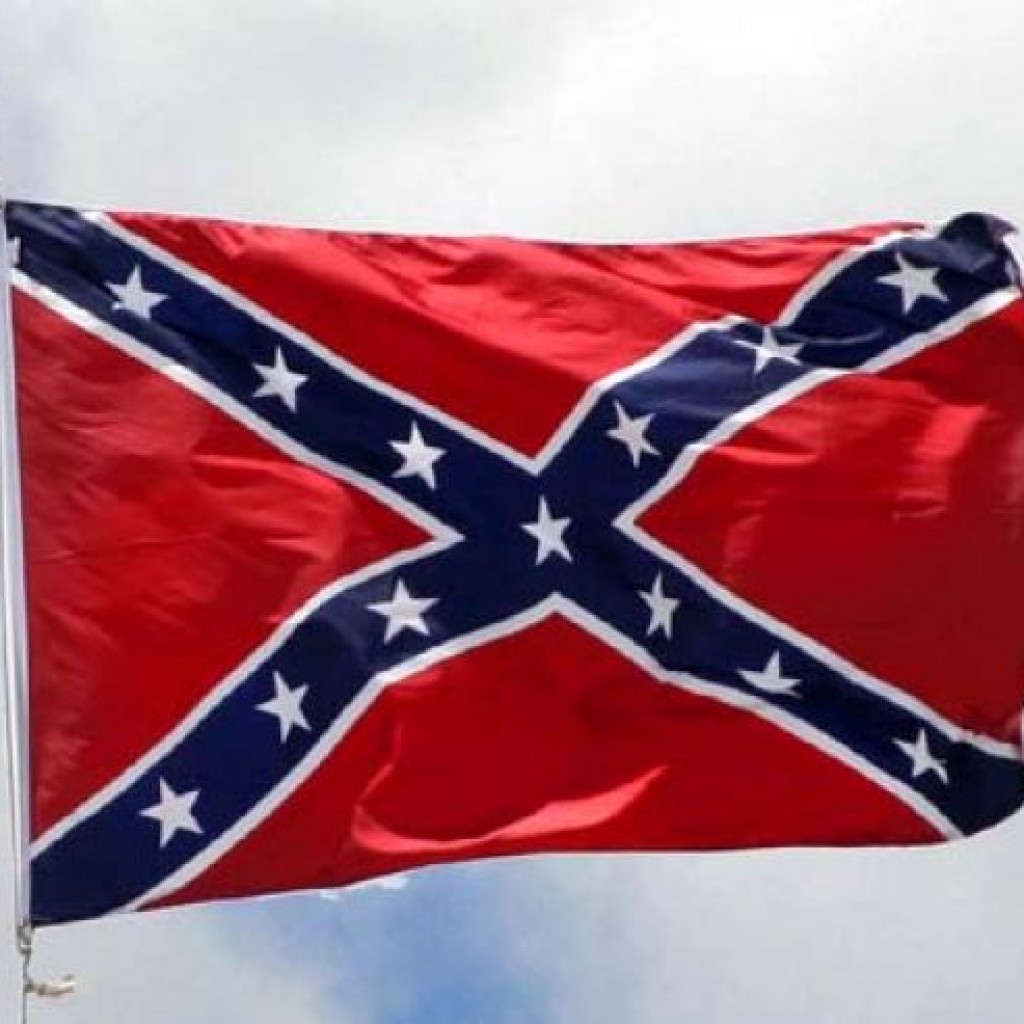 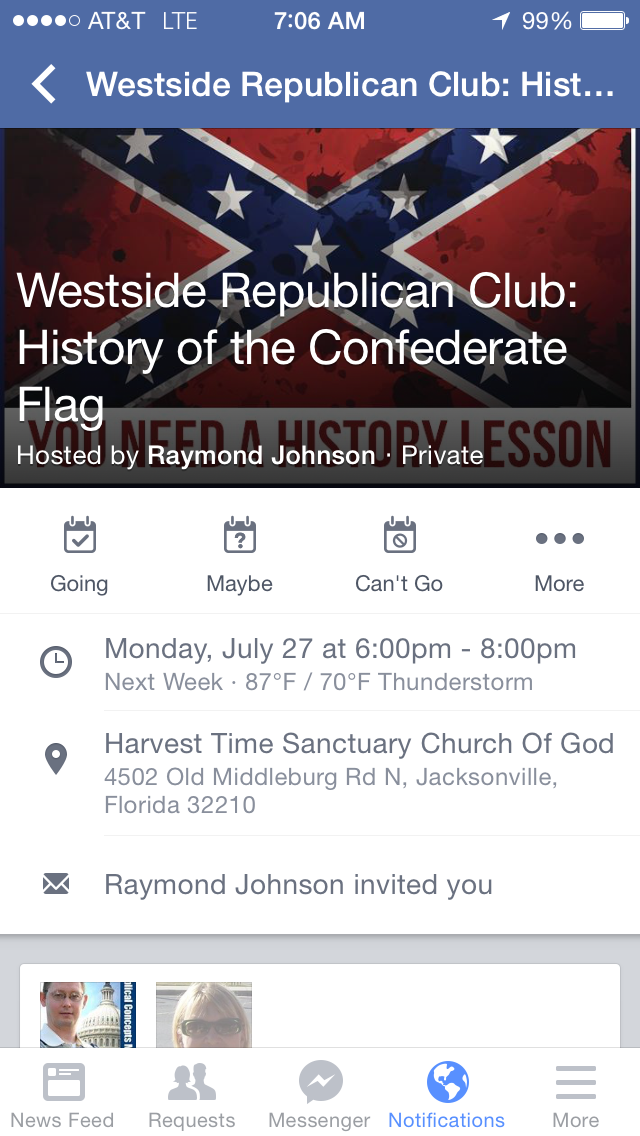 Events this summer have brought the long-simmering debate over the Confederate flag to a hard boil, and the predictable backlash from the hard right, especially but not exclusively in the Southeast, is in full swing.

We saw it days ago, when an Inverness gun store owner declared his shop a “Muslim-free zone.“

And we almost saw it again, as the Westside Republican Club in Jacksonville planned a “History of the Confederate Flag” discussion during its meeting on Monday.

However, the event was cancelled on Thursday.

“We will be having an educational presentation by local educator Joe Giffin. Please be sure to come and bring your family, friends and neighbors. This will be a very enlightening talk for all of us, as we learn the importance of preserving our history,” the message begins.

“We need to be informed so we won’t be misinformed by the liberal media. Come and learn the truth about our Confederate Flag! I am looking forward to seeing everybody Monday evening,”

The event was to be “hosted,” at least in Facebook-ese, by Raymond Johnson, a political operative who has done work for Councilmen Doyle Carter and Matt Schellenberg in recent campaigns.

Johnson’s most recent work, however, has not been as a proponent, but as an opponent of Jack Webb’s bid for Duval GOP chairmanship.

“As a Duval [Republican Executive Committee] member, I will make every possible effort to OPPOSE Jack Webb in any election and will work toward rallying others to oppose his possible campaign for Duval REC Chair. We do not need his corrupt Chicago mafia style politics In Jacksonville, specially leading our local party,” Johnson wrote in a statement a few days ago.

At the Duval REC meeting this week, Johnson greeted those entering the door of the Salem Centre, where those meetings are held, with a poster board denouncing Webb and a petition that people could sign to oppose the former Southside councilman’s bid.

We reached out to Johnson for comment on the Confederate flag history event, but have yet to receive it.

Meanwhile, Webb had a one-word response to Johnson’s foray into Confederate history.