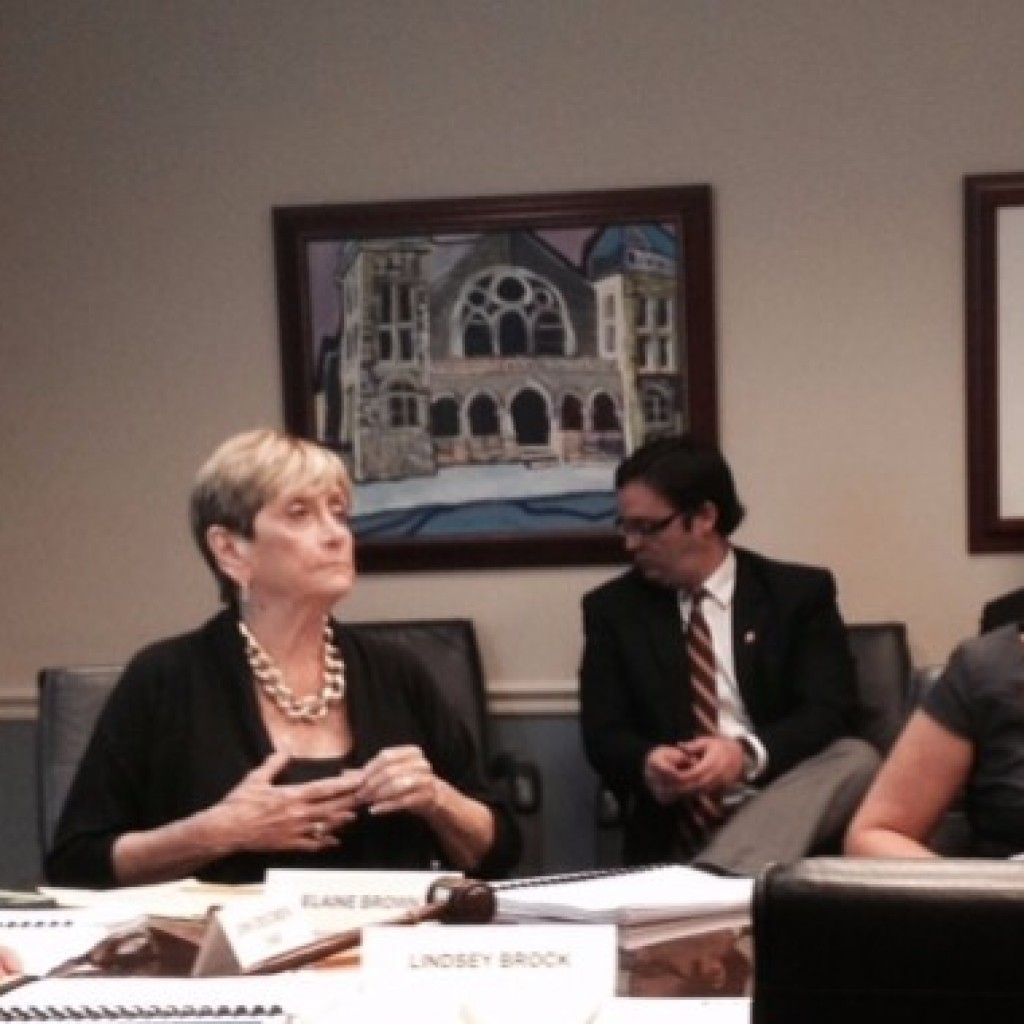 What a difference two weeks makes for the St. Johns River Ferry Commission.

Their last meeting, late in July, was fractious.

Regarding JTA, the cantankerous Crescimbeni said at one point, “I feel like we’re completely out of the loop. We keep trying to look at JTA as a responsible partner,” he said, yet the lack of communication between the Ferry Commission and JTA was an issue, and an example of “JTA doing what JTA does best: screw things up.”

The tone of this extended outburst left JTA “surprised and disappointed.”

In contrast to the den of discord the conference room was in late July, the meeting on Wednesday took the Kumbaya Highway to the magical land of consensus.

A big reason for that? The participation of JTA CEO Nat Ford.

Crescimbeni sought a “complete handle on funding” for issues like slipwall rehabilitation and replacement, on both the Mayport and Fort George sides.

The JTA CEO prefaced his presentation by pointing out that his body and the city of Jacksonville had enjoyed a “lot of success together” and now, regarding the ferry, they are “almost at the finish line.”

Ford’s presentation offered a detailed history of the obligations that JTA had been willing to accept, in terms of both operations and capital needs, which the body said as far back as 2014 would be a “challenge” for them.

Ford also outlined JTA concerns regarding deferred maintenance, noting that an April discussion extended the deadline for transfer of the ferry, before nothing that they “felt we were in a good place coming into July 27,” when the room felt the full force of the chairman’s pique.

He also extolled the virtues of the Morales design, which had proven so controversial in July, saying he was “impressed” by the design’s incorporation of materials with a 50 year lifespan for the “critical” fender and slipwall repair.

Ford reminded the room that both sides of the ferry needed serious work.

He also reminded the room that JTA had ponied up as agreed.

Ford described the proposed fender system as being similar to that on the Bridge of Lions, before dispelling a myth about the agency’s ability to procure grants and funding at will. He noted that expected state funding did not come through in the most recent budget, and that there had been a couple of TIGER Grants they had expected but did not get.

That said, “we’re all in, making sure we get as many grants as we can.”

Ford’s presentation mollified Chairman Crescimbeni, who wanted him to be the “funnel” for communication going forward.

“I don’t see too many agency directors making this level of presentation,” the Councilman said approvingly.

Ford signaled his willingness to have a ferry “transition in the near future,” with the goal of ratifying an agreement by the original 10/1 deadline and completing the transition when the work is done.

The takeover date could be expedited before the March 31 date that was mentioned in July.

There are, to be sure, potential complications. There is a federal passenger ferry grant that would be a 20/80 split: the COJ would have to pony up $1.2M to get the $6M grant.

The problem? The application date is October 2; the disbursal would be in June, and the money would be contingent on a “firm commitment” to providing the city portion.

Could that complicate the transfer? Too early to say.

What is clear, however. The St. Johns River Ferry Commission navigated the rough waters of its July meeting, and smoother sailing appears imminent.

There will be better communication between the city and the JTA going forward as well, with more high-level representation in this meeting, as well as JTA Board meetings.