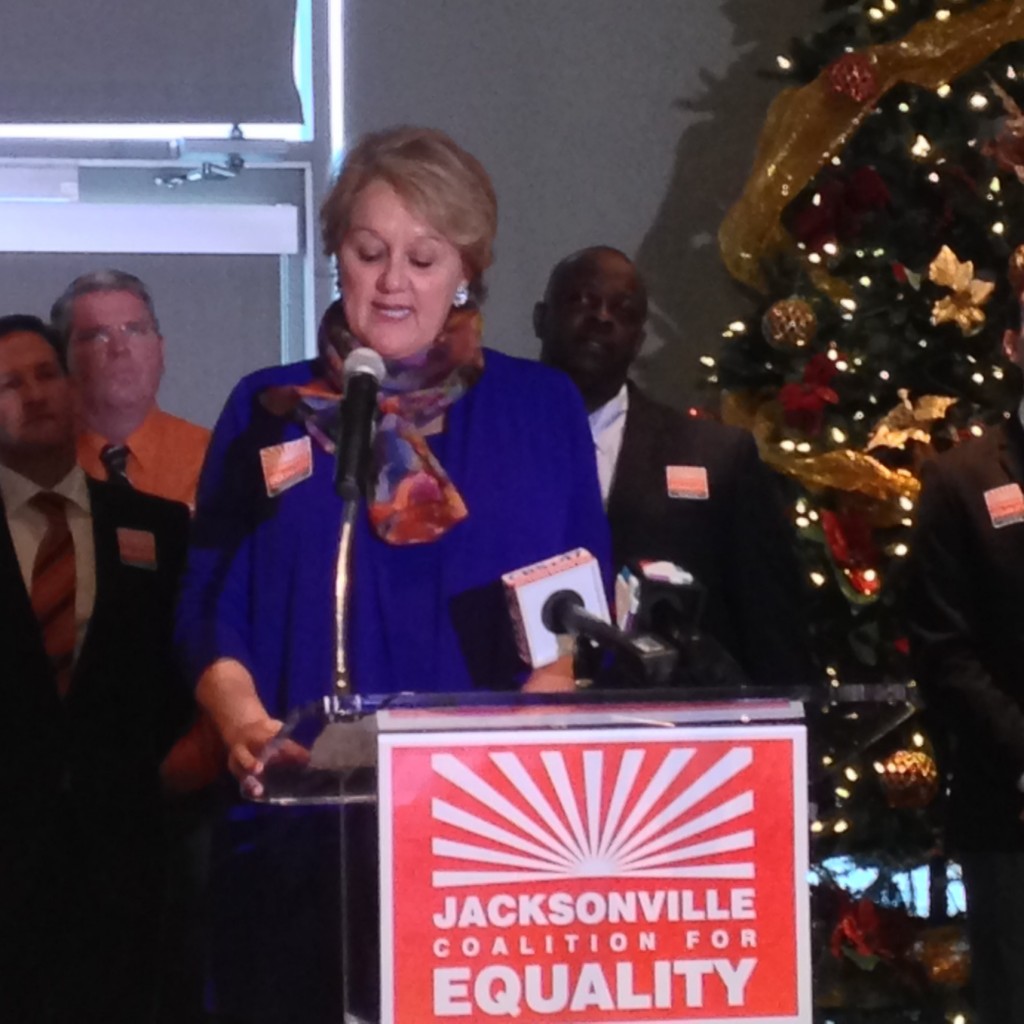 Ahead of the final Jacksonville HRO “Community Conversation.” the Jacksonville Coalition for Equality held a press conference spotlighting business community support for a fully inclusive HRO.

The names: not surprising.

Steve Halverson of the Haskell Co., an HRO supporter the first time around.

Audrey Moran, the former mayoral candidate and civic leader, who is the Jax Chamber chairwoman-elect.

Gary Chartrand, another big-time power player in Jacksonville, who is executive chairman for Acosta.

And the case isn’t surprising either. It’s the same case that was made in 2012, and that will be made until LGBT protections are codified in the Human Rights Ordinance.

Halverson, who hosted the event at the Haskell Co.’s riverfront building, noted that companies considering Jacksonville for relocation wonder “why does Jacksonville stand virtually alone … apart from the vast majority of cities” when it comes to extending legal protections to LGBT people.

That is something, Halverson added, that could be “easily fixed.”

Halverson noted that Haskell has multiple branches across the country. Jacksonville is distinguished in one regard.

“In every location,” Halverson noted, LGBT “rights are protected.”

The lack of protections “weakens the community” and the “company.”

Halverson wasn’t alone in making such a declaration. Moran had similar thoughts. And a belief that the city has the right leadership to effect meaningful change.

“Strong, smart community minded people are in the mayor’s office, led by the mayor, and in City Council,” Moran said.

“I look forward to this issue getting behind us,” Moran added.

For that to happen, the HRO must be fully inclusive, in Moran’s reckoning.

“Compromising on discrimination… on the equality of human beings” is not acceptable, Moran said, adding that “the issue takes leadership,” but “it’s not very complicated.”

And it won’t take a referendum either, Moran insisted, saying that one of Mayor Lenny Curry‘s campaign pledges was to “lead on the issue of discrimination,” on on which he “followed through on the pledge.”

A referendum does not demonstrate such leadership.

Moran added that elected officials are “fully prepared to lead” on this issue and “we all feel confident that’s what’s going to happen.”