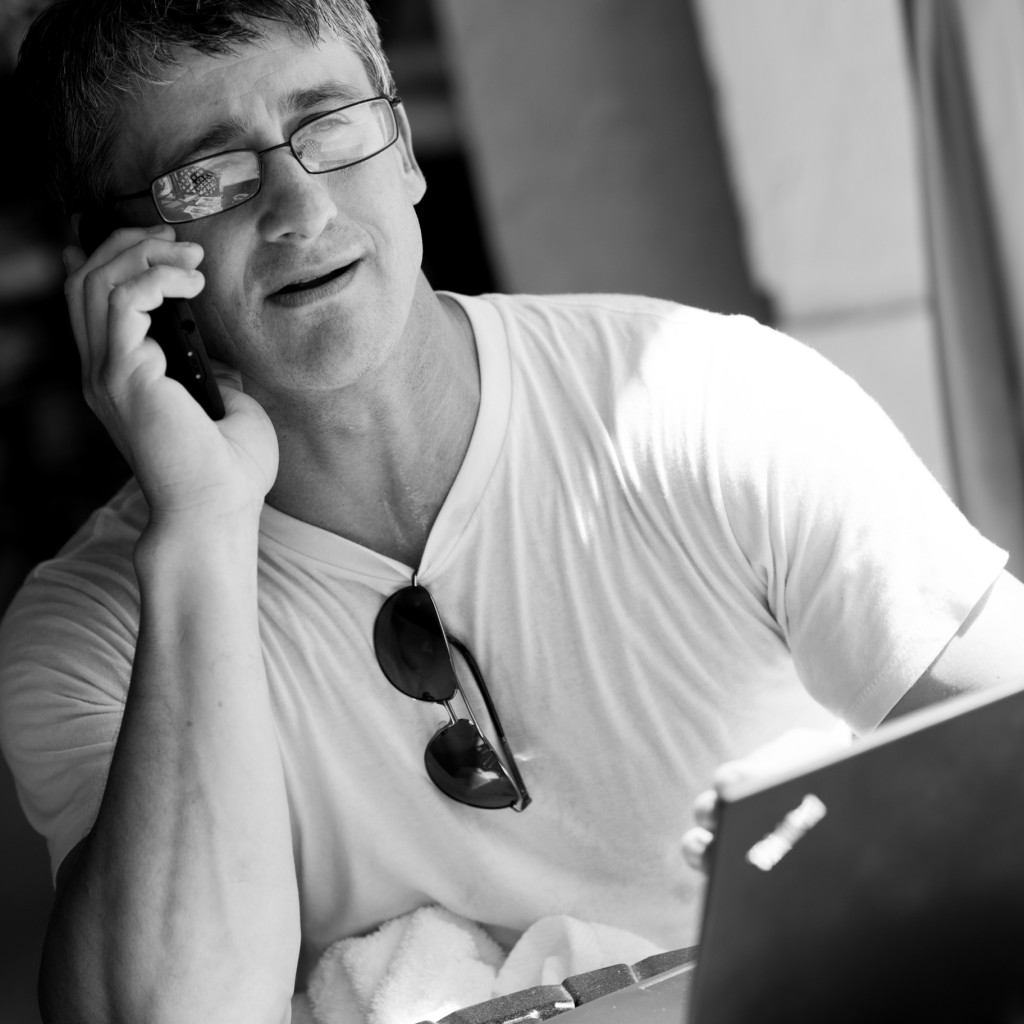 This post is about Marc Caputo, so I should probably begin with a couple of disclaimers.

Caputo is a friend and one of the more talented journalists of his generation now covering Florida politics. He probably won’t admit it, but we regularly talk. Last year he moved to POLITICO Florida from the Miami Herald; a big get for the online news source and a major loss for the print press. I always enjoy reading his work. His comments are often witty and insightful and, until recently, always carried with them a healthy dose of skepticism that manifested as an entertaining snarkiness calculated to bruise the fragile egos of self-important politicians. All elected officials were fair game.

I always enjoy reading his work. His comments are often witty and insightful and, until recently, always carried with them a healthy dose of skepticism that manifested as an entertaining snarkiness calculated to bruise the fragile egos of self-important politicians. All elected officials were fair game.

I should also mention that given the choice between Jeb Bush and Marco Rubio, I’d take Jeb. Unlike most Americans, I actually had a front-row seat to the Jeb and Marco show, and Jeb rolled up his sleeves and got sh*t done while Marco was mastering the art of faking sincerity. But, I would be the first to acknowledge that Jeb has had a lackluster run and that Marco is the more saleable candidate.

Those are my biases, but I have to say, they pale in comparison to Caputo’s.

In the past several months I’ve been contacted by people who normally don’t pay much attention to the meta-story, and they comment with surprise that borders on disbelief at the unrelenting anti-Bush message that seems to be coming from Caputo these days. To be honest, I hadn’t paid a lot of attention, but when Caputo’s scathing coverage of the Bush campaign became so relentless that it morphed into its own narrative among political journalists, I perked up. After the past couple of weeks, as Caputo publicly mocked a Bush operative who is actively battling leukemia, while labeling another one a homosexual sex slave, it’s time to make the call. My conclusion: Tone it down a notch, Marc.

My conclusion: Tone it down a notch, Marc.

David Kochel is Bush’s well-known and well-respected early state primary coordinator and for months have been bravely battling an aggressive form of leukemia that emerged in the middle of the campaign. The press has covered his battle and, although recently made bald and weakened by chemo, Kochel can be seen with Bush on the trail in Iowa, soldiering on through the pain. So, it seemed particularly mean-spirited on Saturday night when Rubio received the endorsement of the Des Moines Register, and Caputo tweeted this little bomb:

The response was immediate and appropriately brutal from Scott Conroy, the senior political reporter for the Huffington Post:

Apparently, at least for a moment, Caputo realized he had gone too far, and he deleted his tweet, but not before he doubled down on the carnage, which brings us to …

Gaetz directs social and digital media for the Bush campaign and also happens to be the daughter of state Sen. Don Gaetz and the sister of state Rep. Matt Gaetz. The father and son are known for their bare-fisted political style and formidable intellects, and no less formidable is the intellect of the lesser-known daughter/sister Erin. She is by all accounts as bright or brighter than her elected family members, and she has a CV to prove it. Among other A-listers, Erin has worked for Joe Scarborough and Neil Cavuto, and she’s widely respected for her creativity and decency.

In response to Caputo’s tweet about Kochel, Erin tweeted a remarkably restrained:

@MarcACaputo You’re bad at this.

This brief tweet unleashed what some would describe as asymmetric vitriol from Caputo, who responded:

I’m not a well-connected child of a politician who gets a sinecure because of daddy https://t.co/F02BeKeBaC

Well, there you have it. Marc Caputo, who happens to be the child of noted author Philip Caputo, is once again the very soul of objective reporting. But, at least, we’re elevated by the high-minded vocabulary, which leads us to the use of the even more obscure word: catamite.

Lindsay is the spokesman for Jeb Bush’s Right to Rise Super PAC. I don’t personally know him, but he’s well known among the D.C. set, and there he has worked at the top levels of some of the top organizations that play in the political arena. A few weeks ago he and Caputo had an adrenaline and/or tequila-fueled Twitter flamethrower war about Marco’s use of the RPOF Amex, and Caputo decided to go for the kill with this tweet:

I like erudition as much as the next guy — which is to say, not much at all — but I had to go to the online dictionary to find “catamite” to figure out where Caputo was going with this one.

As a warning, if you want to follow in my footsteps, do a Google web search and not a Google image search. Here’s the definition of catamite:

So, well, um, there you have it. Not exactly what I would have expected as a response from a veteran reporter like Caputo.

Look, I get it. Snarky tweets from skeptical reporters are grounded in a tradition as old as our Republic, and it’s where I live every day. It’s that kind of irreverence, skepticism, and willingness to call bullshit on power that is the foundation of a free democracy and, for many of us, the one noble thing we will do in our lives. But, even in the freewheeling blogosphere there are duties and limits, and one duty is to acknowledge and adjust for our biases, and the limits include avoiding unwarranted and irrelevant intensely personal attacks. I’ve learned the hard way that sometimes penance requires more than deleting a tweet. It requires an apology and a commitment not to repeat the mistake.