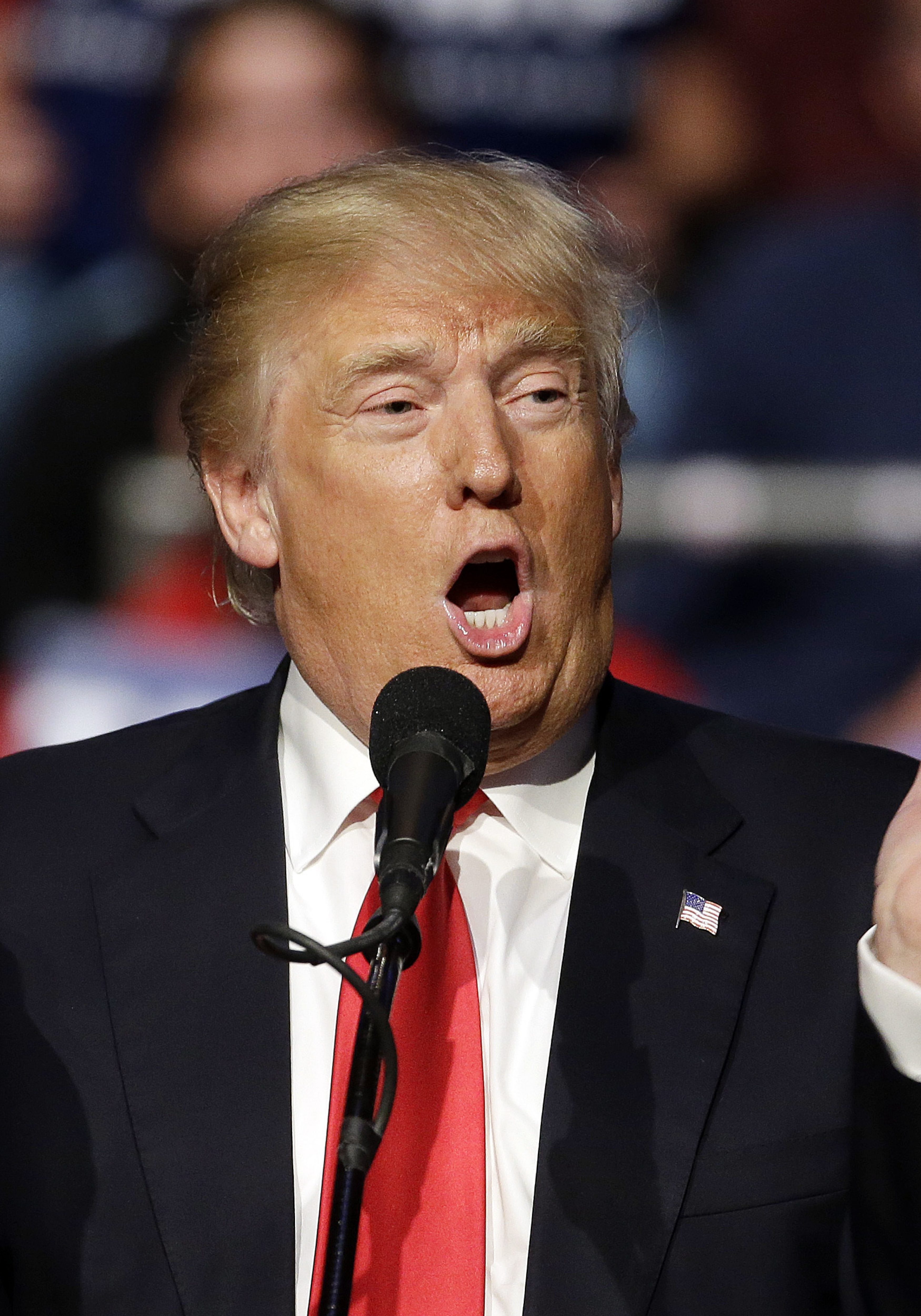 From Congress came stunning news this week of a mutiny on the “Trumpy.”

“I cannot and will not support my party’s nominee for president,” said Kirk, the first GOP Senator facing re-election to rescind his endorsement. “After much consideration, I have concluded that Donald Trump has not demonstrated the temperament necessary to assume the greatest office in the world” or have his finger on the button.

Really? What was your first clue, Sherlock?

Certainly, one cannot accuse Kirk of snap decisions. After all, he’s had nearly a year to consider Trump’s temperament.

Lo, last June, the then-reality TV star altered America’s political reality throwing into the ring his hat — and some choice words about Mexicans:

Inexorably, the hits keep coming — tarring minorities, women, journalists, journalists with disabilities, illegal immigrants and others who stood in his path.

Now, for Kirk, this straw broke the pachyderm’s back.

Moreover, Tuesday, Sen. Lindsey Graham, a South Carolina Republican, calling Trump’s Curiel attack “the most un-American thing from a politician since Joe McCarthy,” urged more Republicans to abandon ship. “If anybody was looking for an off-ramp, this is probably it.”

Problem is the off-ramp is kaput. It’s a textbook case of too little, too late, or, in post-9-11 parlance, failure to “see something, say something.”

U.S. House Speaker Paul Ryan sees it and (belatedly) this week said something. Still, it was painful watching Ryan — caught between Scylla and Charybdis — reaffirming Trump.

“I disavow these comments … It’s absolutely unacceptable,” Ryan said. “But do I believe that Hillary Clinton is the answer? No, I do not.”

Maybe it’s just me, but the GOP’s arms-length embrace of Trump plays like a politically metastatic Mary Poppins leads the charge: “Just a spoonful of sugar helps the racism, xenophobia, misogyny and vulgarity go down\In a most delightfully partisan way.”

“Those who are on the ballot defending the party’s majorities this year need Mr. Trump’s voters to win, and risk angering them with any full disavowal of the nominee. But to continue to embrace him as he openly injects race into the campaign poses its own dangers.”

Or as The Weekly Standard’s Bill Kristol more bluntly tweeted: “Official position of the leadership of the Republican Party: Trump is an inexcusable bigot, and Trump must be our next president.”

Meanwhile, Kirk, who’ll back retired Army general and disgraced former CIA director David Petraeus as a write-in candidate in November, told NBC News, “I think we should send a strong message that racism and bigotry are not going to be tolerated in the party of Lincoln.”

Not for more than a year, anyway.

This postdated pushback restores ever so slightly my belief in humanity, revealing, finally, that some Trump supporters do indeed have what Karl Albrecht, author of Practical Intelligence: The Art and Science of Common Sense, calls The “Popeye Point.” That’s a nod to the spinach-noshing sailor man who, when fed up, erupts with a primal, “That’s all I can stands — I can’t stands no more!”

Now, the GOP — and unnervingly, maybe the rest of us — may live to rue this election cycle’s modern twist on a treasured proverb: Silence is galling.