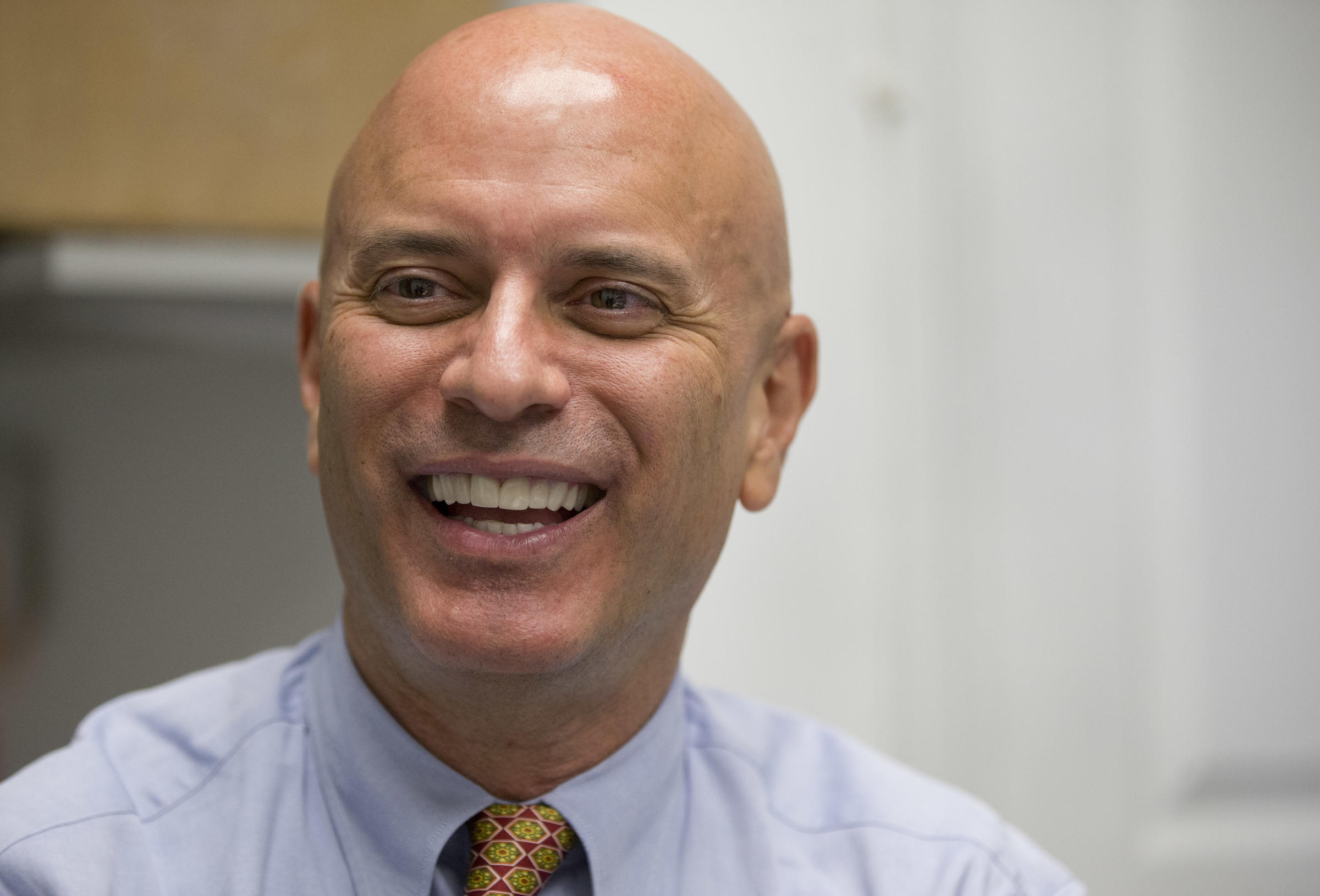 The Democratic National Convention is fertile fundraising ground this week for one Florida congressional candidate, but not in the traditional sense of high-priced donor dinners or lobbyist happy hours.

In fact, Tim Canova isn’t even in Philadelphia.

Instead, the political novice who wants to unseat Rep. Debbie Wasserman Schultz is reaping big financial rewards from days of nonstop publicity about her resignation from the chairmanship of the Democratic National Committee after a hack of embarrassing party emails.

It’s a down-ballot twist on how Bernie Sanders, who has endorsed Canova, was able to raise more than $235 million during his primary race against the far more politically connected — and initially better-funded — Hillary Clinton.

“In some ways, it feels like we’ve won the lottery,” Canova said. “There’s been a natural donor base for someone willing to take on a person with a national profile who is seen as a failed leader.”

Sanders, who has already sent fundraising pleas on Canova’s behalf, said he also may campaign for him. At a round-table interview Tuesday with Bloomberg Politics, he said he’d be doing so not because of “some kind of personal vendetta against Debbie,” but because Canova is a “good candidate.”

Privately, some Democratic officials think Wasserman Schultz is at risk of losing her Aug. 30 primary to Canova.

However, officials with the Democratic Congressional Campaign Committee made clear Monday they have no plans to spend money to save her. Top committee leaders told reporters that they do not spend money on safe Democratic seats, which hers is, because they need to save resources for states they are trying to save or flip.

Soon after Wasserman Schultz was booed Monday during a Florida delegation breakfast in Philadelphia, Canova wrote to his 20,000 Twitter followers, “It’s time to end her political career for good,” and shared a link to his campaign fundraising webpage.

Canova has repeatedly ripped Wasserman Schultz on social media because it is paying off: He said he’s raised about $100,000 in the 72 hours since the scandal erupted, all without leaving south Florida or picking up a phone to dial for dollars. In Philadelphia, Wasserman Schultz refused to speak to reporters as she left the breakfast on Monday and watched the night’s speakers from a private suite filled with donors inside the convention hall.

Wasserman Schultz’s 12 years as a congresswoman and five years as leader of the Democratic Party give her a donor list on the order of Clinton’s. But so far Canova, a law professor in his first-ever political campaign, has echoed Sanders’ success online.

Florida delegate John Archer, wearing a Canova T-Shirt covered in Sanders buttons, said he’s proud of the way the challenger is funding his campaign. “He’s doing it the Bernie Sanders way,” he said.

Canova has raised $2.3 million through the end of June, more than three-quarters from donors giving $200 or less. By comparison, the $3 million Wasserman Schultz raised between January and June 30 came mostly from political committees and larger donors.

Canova said he has not held fundraising dinners and never called a donor to ask for money. “What the grassroots has done for me — I’m so thankful,” he said. “If, when, I’m elected, I won’t owe a single thing to special interests.”

Sanders took the same approach, turning again and again to small donors online to propel him deep into the primaries. In one memorable moment after he won the New Hampshire primary in February, Sanders declared on national television that he was holding a fundraiser right then and there and asked for people to chip in $27, which he claimed as his campaign’s average donation. Millions of dollars flowed in.

Canova and Sanders have turned to the same Democratic digital firm, Revolution Messaging, to help with fundraising. Scott Goodstein, its chief executive officer, said candidates are becoming more aware of how much money there is to be raised when a moment catches fire online.

Republicans, too, have tapped into viral fundraising with Republican presidential nominee Donald Trump leading the pack.

As he spoke to accept his party’s nomination last Thursday, Trump became the first political candidate to purchase a “promoted trend” on Twitter. For 24 hours, he drove those following politics on the social media site to donate to his campaign. His campaign chairman Paul Manafort said — on Twitter, as it happens — that Trump raised about $4 million that day.

Trump’s campaign raised more than $26 million last month, almost half of which came from donors giving $200 or less. That’s far higher than the usual small-donor rate for presidential candidates.

nextJoe Henderson: The Big Dog has his say