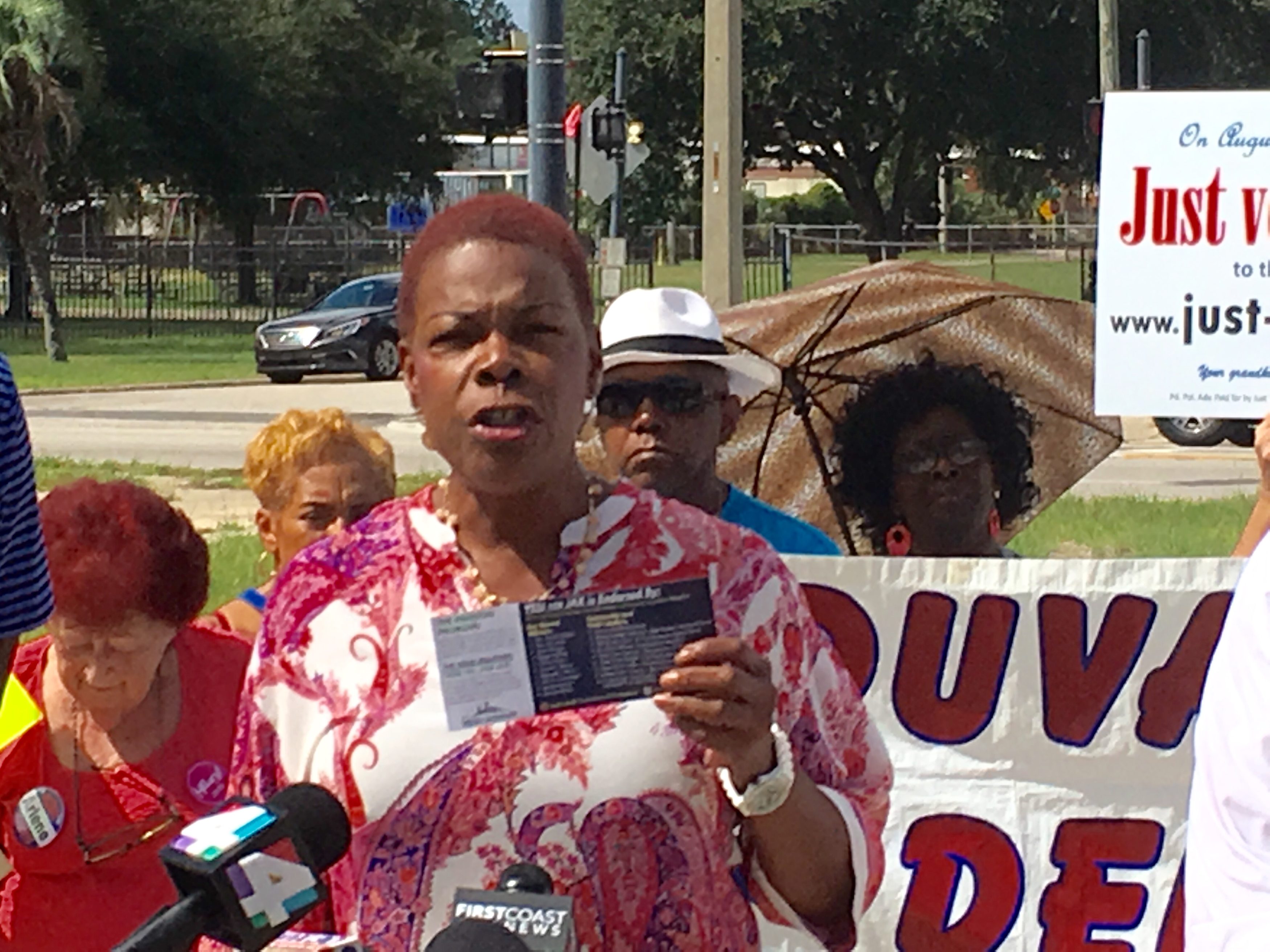 Wednesday afternoon, we ran a piece: Winners and Losers in the NE Florida primaries.

The piece was intended to document who won and who lost on primary night, going beyond the results to look at whose bets paid off and whose calculations did not.

For those listed as winners, the read was lauded … even as one consultant listed may have reached out to let us know a couple of significant wins were omitted from the analysis.

For those at the bottom of the column? Reaction was somewhat less salutary in certain cases.

Specifically, this one in a block quote:

Audrey Gibson and Mia Jones — Both of them came out late in the game against County Referendum 1, saying they didn’t support the regressive tax that is the sales tax. They claimed they were misrepresented as endorsing the plan. And they got rolled. Gibson and Jones backed two candidates for the state House who also got shellacked: Gibson and her protégé, Councilman Garrett Dennis, supported Tracie Davis against Reggie Fullwood in the HD 13 primary that Fullwood won. And Jones? She was in heavy rotation on the local urban adult contemporary radio station in ads for her endorsed candidate, Leslie Jean-Bart, who lost the HD 14 primary to the “demon busting” former Jacksonville City Councilwoman, Kim Daniels, who will win the November primary and have eight very quotable years in Tallahassee.

Sen. Gibson, in an animated phone conversation, had an interesting reaction to the “flowery language” of the piece, including such verbs as “rolled” relative to the referendum resistance.

“Standing up for what you believe in is brave,” Sen. Gibson said, adding that she didn’t see herself as a “loser” in either of the two races referenced.

The referendum vote — decided by a 65 to 35 margin — was not remotely close; however, Fullwood won by just a few hundred votes.

Sen. Gibson hated the winners/losers dichotomy, noting that she works really hard in her role as state senator and that such a characterization diminishes that work.

To clarify for the senator and for anyone else enumerated in the bottom part of that article, borrowing a phrase from T.S. Eliot: “That is not what I meant at all. That is not it, at all.”

What we have covered, exhaustively is the process of getting to these results, which can only be measured in victory or defeat.

That certainly was why local donors poured $2.1 million into “Yes for Jax,” why Melissa Nelson raised over a million dollars (with PAC money in the mix), and why donors gave close to a million dollars to Hans Tanzler, and so on.

Being listed in the “losers” column is not intended as a sweeping judgement of character. It just means that, in terms of bringing the voters around to positions, Aug. 30 didn’t go as well for those at the bottom of the page as it did for those at the top.