Another attempt to expand the HRO is coming to Jacksonville 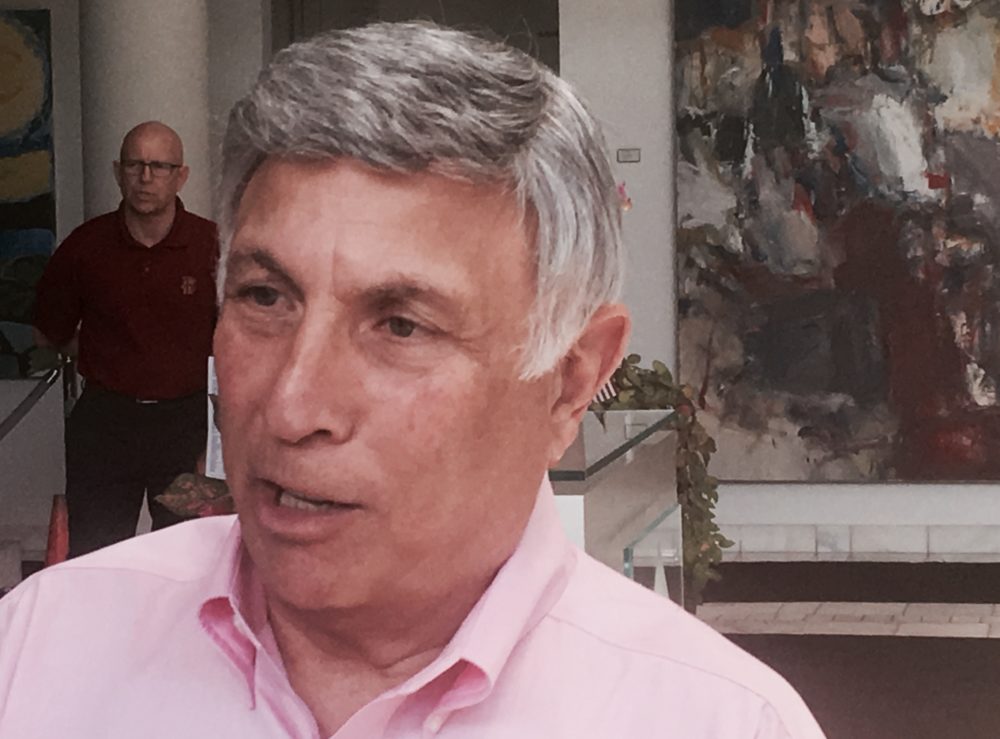 For the third time in less than five years, the Jacksonville City Council will be compelled to consider — again — extension of the city’s Human Rights Ordinance to include the LGBT community.

Councilman Tommy Hazouri has been making the media rounds this month to message ahead of the re-introduction of the measure.

Jackson — in the wake of the Pulse massacre — passed its version of an HRO this summer.

Hazouri told Action News Jax, meanwhile, that the public should know “that churches and church schools are exempt, that small businesses under 15 [employees] are exempt.”

Beyond these quotes and similar sentiments, the problem last time the bill was up was simple: namely, that even those identified during the 2015 campaign as being supportive of expanding HRO protections to the LGBT community were not exactly vocal when the measure came up in front of council months back.

Hazouri believes that can be resolved, by asking council members what enhancements to the bill are preferred, “short of leaving the T out.”

The “T” has been the sticking point for many in discussions of a measure.

Hazouri believes going “halfway” on a bill — an LGB version — is “meaningless.”

He notes Mayor Lenny Curry’s executive order, which protects employees of the city and vendors, has “gone all the way” and there have been “no complaints.”

Thus, Hazouri seeks to see the “same thing the mayor has done,” but countywide.

To get there, Hazouri believes, it will take a coalition: business community interests, the LGBT community, clergy, council members, and so on.

With the pension referendum now in the rearview mirror, Hazouri believes the business community can become more active marketing an HRO resolution.

“It’s not a question of if, but when,” Hazouri said.

The councilman believes the entertainment industry also is a driver, noting North Carolina’s difficulties in the wake of its anti-LGBT HB 2 bill, with events like the NBA All Star game in jeopardy.

If Jacksonville wants to host the NFL Draft down the road, Hazouri believes there needs to be a firm commitment to LGBT rights.

Of course, there’s the matter of getting 10 votes.

To that end, Hazouri notes that council leadership will need to support the bill, and his hope is for 10 sponsors — at least.

“I’d like this bill to pass this fall,” Hazouri said, “before or after the election.”

“I want the mayor to see what we’re doing,” Hazouri added. “Hopefully he can offer input.”

“I’ve not discussed this with him,” Hazouri said, in response to a question as to whether or not there was a quid pro quo related to Hazouri’s enthusiastic support for County Referendum 1 — the “pension-tax” vote, of which Hazouri and other Democrats were part of what Curry called an “unprecedented coalition.”

Hazouri sees HRO expansion, like the pension tax referendum, as being part of the same quest for growth and improved quality of life.

Of course, the process was envisioned as a linear months back … and it went sideways very quickly, with social conservatives mobilizing in opposition and ultimately scuttling the process.

Will such a thing happen again?