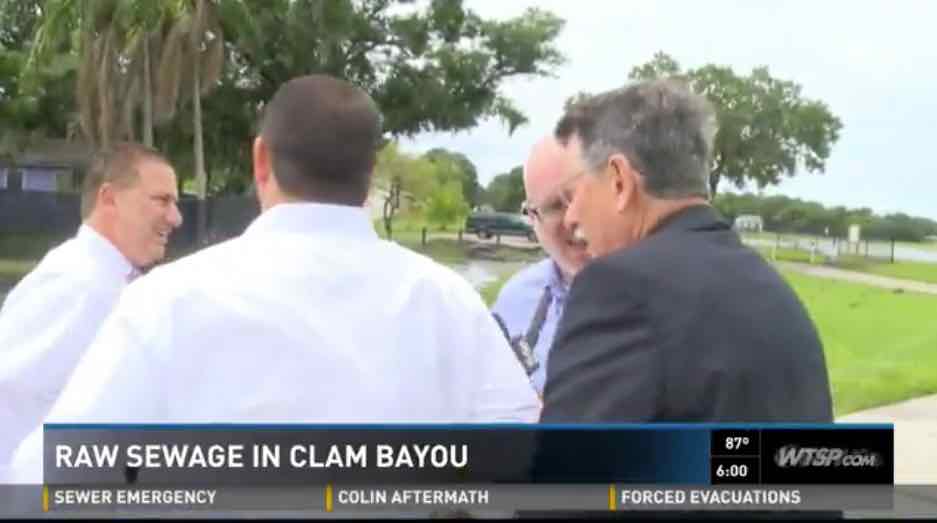 Believe it or not, 150 million gallons of waste being dumped into Tampa Bay is not St. Petersburg Mayor Rick Kriseman’s biggest political problem.

Nor is a broken and breaking water and sewer system Kriseman’s biggest headache.

Instead, it’s how Kriseman communicates about these and other issues which reveal the weaknesses in his administration.

The sad truth is 106 Olympic-sized swimming pools of sewage, as Charlie Frago calculated, is not as big a political problem as it should be, because those swimming pools can’t be seen. Not really. Or at least not yet. And not until sewage shakes are being served along Beach Drive will the issue be a fatal one for Kriseman’s political career.

Nor will voters take to the streets because there is untreated sewage spewing from a manhole … so long as that manhole is in some other neighborhood. Voters don’t have to see or touch or visit antiquated sewer lines, like they can crime scenes or failing schools, and that’s why rare is the politician who has ever lost an election because the toilets backed up.

Many the politician has been turned out of office because they were thought by voters to be tone deaf.

Broken sewer lines won’t beat you at the ballot box, but perceptions will.

And the perception right now about the Kriseman administration is that it’s, at best, incompetent or, at worst, covering something up, while failing to communicate with residents and intimidating city staff.

Which raises the question: Why is that happening to this administration?

What’s a director of communications for if not help a mayor better communicate with residents?

As much as I disagree with Rick Kriseman‘s politics, I strongly supported his efforts to professionalize the mayoral office. If St. Pete really is a major league city, then its mayor deserves a big-city staff.

But if taxpayers are paying Ben Kirby nearly six figures to bolster Kriseman’s communications capabilities, why is John Romano, a relatively friendly columnist, accusing the administration of “…ducking and weaving. Arguing and bullying. Constantly worrying about what everyone is saying or thinking.”

Continues Romano, “… the vibe coming from City Hall is of an administration that never acknowledges differences of opinion and never entertains the possibility that a mistake has been made.”

This has always been the criticism of Kriseman and his right-hand man, Kevin King.

It really didn’t matter when Kriseman was a backbench member of the Florida Legislature, but it does matter now that Kriseman is the mayor of St. Petersburg.

And now it has reached the point where the chief operator of the city’s Northeast stage plant is asking for whistleblower protection from retaliation for stepping forward.

Well, where would that retaliation come from? That’s right, a mayor’s office which, as the pro-Kriseman Romano describes it, thinks it can do no wrong.

Note in Frago’s reporting about Craven Askew, the whistleblower who came forward to say the city should have known that closing a sewage plant would cause problems, said he had “faith and respect in the elected council and the people of St. Petersburg to keep our public and the environment safe.” Omitted from Askew’s faith is Kriseman or his staff.

King and I have never been friends, but Kirby and I are. And he’ll probably be upset when he reads this. And that’s understandable. No one likes to read about what a bad job they’re doing.

What we all see is this guy, arguing with reporter Mike Deeson when he was clearly right about the first sign of problems with the city’s sewer system, which Kriseman foolishly denied.

nextIn Florida, a shifting Cuban vote could be the difference