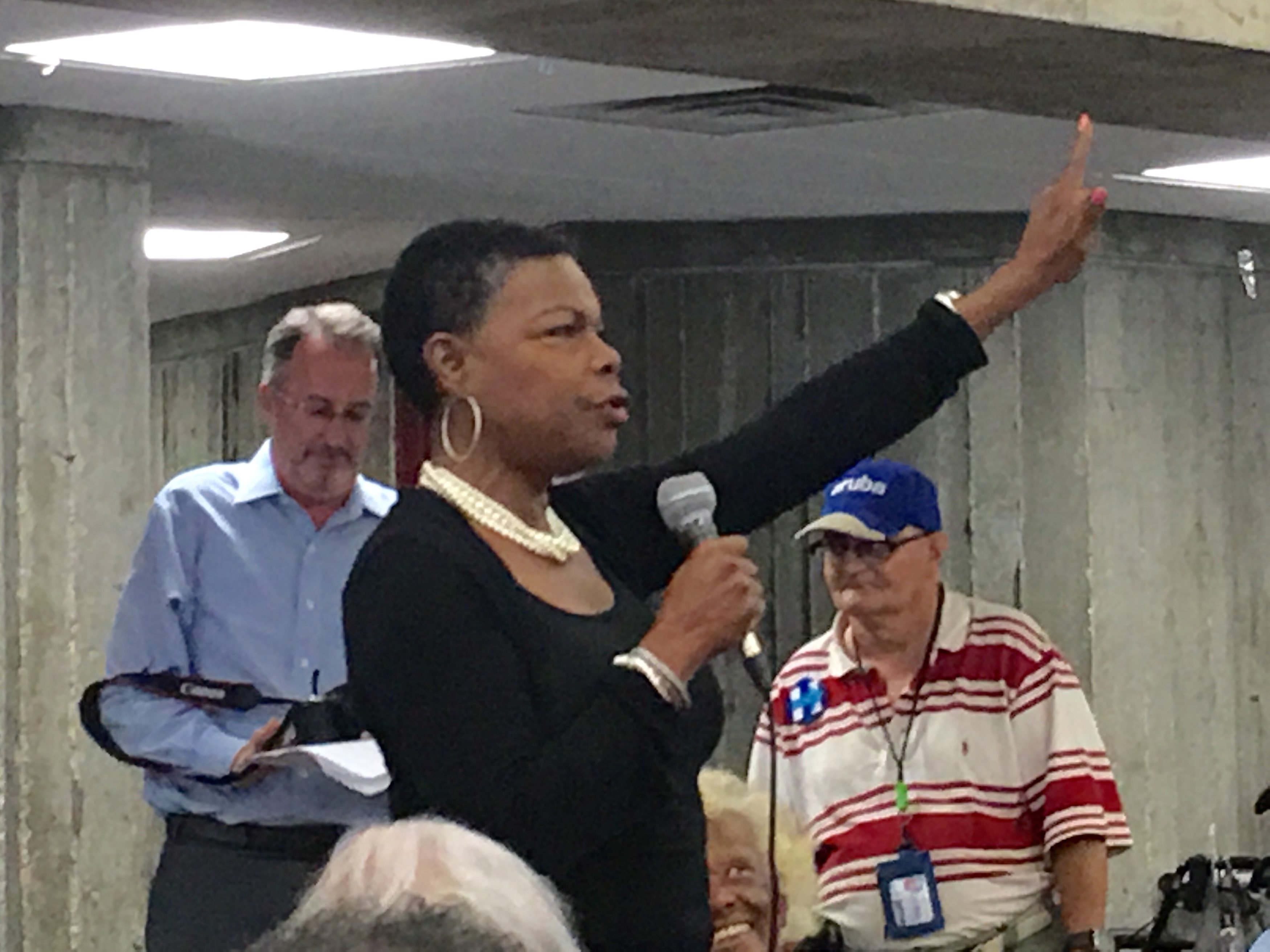 A new era began for the Duval Democrats Monday night.

As expected, the Duval Democrats elected Sen. Audrey Gibson to be the new party chair.

(Notable: Councilwoman Morgan’s council aide, Darren Mason, was one of two declared candidates for vice-chair going into the evening.)

Deininger described the Hart Expressway offramp reconstruction as a “$50 million bridge to nowhere,” after maligning establishment Democrats for supporting the pension referendum.

Gibson vowed to “take the DEC to the next level — collectively,” in a spirited speech full of laugh and applause lines.

“I want to make sure that we include all generations,” Gibson said. “Many things are possible together.”

After Gibson’s speech, and a request by Party Chair Neil Henrichsen for media to leave, a motion to close nominations for chair passed.

And with that, she took over the meeting.

In other elections, Darren Mason was elected to be the vice chair. Lisa King was re-elected to her committee woman slot, with her husband John Parker joining her as a committeeman.

As the hour got past 8:00 p.m, Gibson noted that it was “wine time,” and expedited the proceedings.