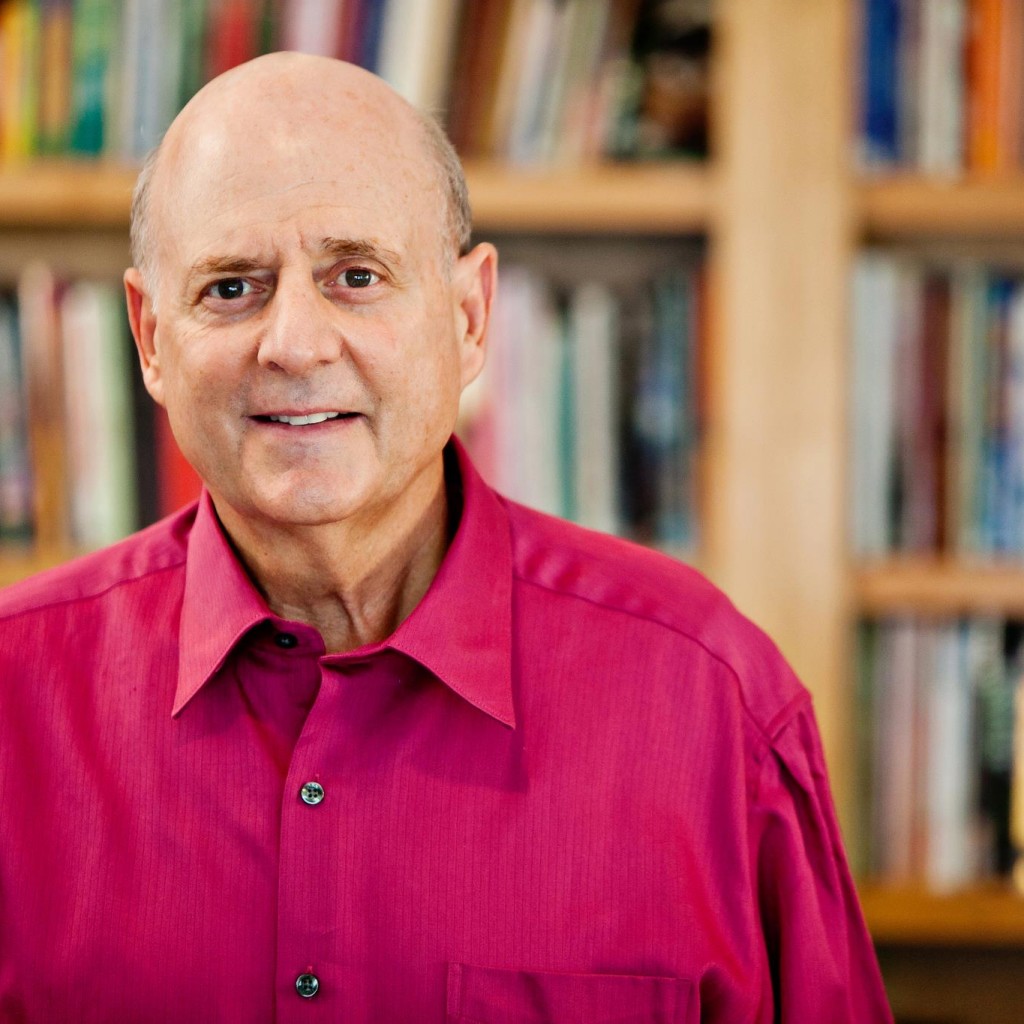 [Updated: 6:40 p.m. with commentary from Mike Weinstein, at the bottom of the piece.]

In the Jacksonville City Council Finance Committee Wednesday, Mike Weinstein, the city’s CFO, and Tim Johnson, the director of the Police and Fire Pension Fund, discussed a “waiver” in pension cost allocations that had been controversial in recent news cycles.

Their joint appearance was notable for a unified message, in which Weinstein said the city and the PFPF were on a “solution path” and that the money involved in the waiver was a “hiccup” compared to the larger unfunded liability.

Shortly after this was originally posted on Wednesday afternoon, the city’s Chief Administrative Officer, Sam Mousa, took issue with our description of the unified messaging of Weinstein and Johnson as a “kumbaya moment” between the PFPF and the city.

“There is no kumbaya on this pension issue. We are still livid over the issue and we still are of the position we did not know and the fund did not follow state law.  They misrepresented the fund value for years and we are not happy,” Mousa wrote in a text and said on the phone.

However, the ameliorating tenor of the Weinstein and Johnson messaging in Finance did not reflect Mousa’s concerns primarily.

Weinstein and Johnson agreed on a more calming message: that so-called waiver, once expected to near an extra $45 million budgetary hit in the FY 17-18 budget, likely won’t be as dramatic or sudden a hit as expected … even as the city and the PFPF diverge on the legality of the waiver.

The two outlined potential workarounds for what was feared to be a budget-busting lump sum hit to the city’s general fund, including spreading out the cost over years and absorbing the impact into amortization after collective bargaining.

No matter how the waiver is mitigated, the city will be on the hook for at least $200 million in pension costs in the next fiscal year.

However, this reframing of a narrative that caused toxic confrontation between Curry and one union head seemed well-timed; CFO Weinstein delivered it just before boarding a plane to New York with Curry and other senior staffers, for pivotal meetings with bond ratings agencies that will last for the rest of the week.

In their comments to the Finance Committee, Weinstein and Johnson both noted that the projections in question were from a “draft actuarial report” not intended for public consumption.

“In the draft that came over,” Weinstein said, “there were some changes in the assumptions that were made … that would affect next budget year.”

Among those changes: a “$25 million uptick” in the payroll growth rate.

“We talked about options on how we deal with this,” Weinstein said, “then it sort of got out from under us in the press.”

Since 2008, the actuary had been using a higher growth rate than is actually the case: a 3.25 percent payroll growth, when the real number is 0.67 percent.

“Though statute requires calculation for 10 years,” Weinstein said, “there’s wiggle room [to] adjust [calculations] … but normally not for ten years.”

All parties have believed, said Weinstein, that there was an “indication of state approval.”

“The consequence is that our payments have been a little less than they should have been,” Weinstein added, noting that “this is money we owe” and the payroll component is a mere “$25 million of a $2.5 billion issue.”

“One of the options,” asserted the city CFO, is to “get through the union negotiations and everything is redone, and this uptick [becomes] negligible.”

Another option: to ask the state Division of Retirement that the police and fire pension fund take the hit in sequence over years, phasing in the obligation so as not to offer too much of a shock to the general fund budget.

There is, said Weinstein, an “actuarial analysis every year. We have discretion … if local authorities decide to give them waiver … things could be different six months from now.”

PFPF head Johnson sang from the same hymnal as the city’s CFO, stressing that the report was a “draft,” and that actuarial reports on defined benefit plans, such as that of the city of Jacksonville, were “not unusual.”

The report in question, said Johnson: a “draft with the intent to identify size of the liability and how much money needs to be put in the plan this year,” leading to eventual discussion in an open meeting with the board.

As well, Johnson noted potential options to ameliorate the hit, including staggering the payments or, in accordance with the terms of 2016 legislation that authorized Jacksonville’s pension reform referendum, “wash[ing] the increase” when the amortization period is stretched to 30 years.

“I wouldn’t be surprised if board comes up with a recommendation,” Johnson said, “to phase in these payments” and “lower the [city] contribution.”

The changes in the mortality table, a big talking point in a meeting in January between Weinstein and other senior city staffers, will result in $8 million of the $44 million in question.

The $25 million in question was identified via an “experience study,” Johnson said, which “replaced the 3.25 percent growth rate with rate that matches inflation: 2.5 percent.

Then, the number was adjusted to the real number of 2.5 less than 1 percent, “based on the 10 year average of payroll growth,” Johnson said.

In other words, the actuarial changes were demystified.

Johnson urged the committee to “look at this in the context of past history … various assumptions that actuaries use to project liability.”

“Very likely, board is going to have to discuss if they are going to accept assumption,” Johnson added.

Weinstein cosigned the message, affirming the validity of the so-called “waiver,” even if the “terminology may not be exact.”

“The fact that different process is used,” said Weinstein, “was brought up frequently over the years … the city was told there was a waiver … wiggle room.”

Weinstein then addressed the pension reform of 2015, which scheduled $350 million more of city contributions over 13 years.

“The fact that more money has been put in has been helpful,” said Weinstein, but “not to anyway that would drastically change this calculation,” a “little hiccup” that would affect two or three years.

Weinstein has found the state’s Division of Retirement to be “unbelievably helpful.”

“They want to help us get to a solution,” said Weinstein, and have vowed to “return a new actuarial study almost immediately to help us with our budget,” after pension negotiations, which Weinstein hopes will be wrapped in time to “have benefit for next fiscal year.”

“We don’t have to close all of them,” Weinstein said, noting that an accord with general employees would unlock the revenue source.

The city, of course, wants to “get out of the pension business.”

But that has yet to happen.

And one Finance member, Councilman Bill Gulliford, noted that the city’s expected rates of return, which are between 7 and 8 percent in all pension plans, is “no longer considered a conservative rate of return.”

Weinstein noted that the PFPF had a “9 .5 – 10 percent ROI” this year; however, that is during a bull market, and the flux in rates of return illustrates “why we have to get out of this business.”

“Decisions made over the last two decades that have gotten us to where we are with our pension plans. We are on a solution path,” Weinstein said.

One union head – Randy Wyse of the Jacksonville Association of Fire Fighters – spoke favorably of the commentary on offer in Finance.

Wyse had a different reaction to Mayor Curry’s reaction in the media to the draft documents, however, asserting that showed “his lack of institutional knowledge of how this works.”

It was, said Wyse, a “kneejerk reaction” by Curry “to think something was illegal.”

Weinstein offered a response to this piece Thursday evening, and it is below in full.

“The chair [of the Finance Committee] asked for the conversation to move us forward not backwards. I mentioned numerous times the PFPF didn’t use the state calculation formula since 08 and each year it gave the city an incorrect result so our contribution was wrong. I also said numerous times when PFPF was asked by the division of retirement council members and administration why aren’t they using the state required formula their response was they have a waiver. I stated no such waivers can be given we find out. I also restated this is why we have to get of the defined benefit business. My opening comment was we have had decades of bad decisions that have brought us to this problem.”

“My position continues to be aligned with the mayor. Not following the state statutes resulted in a misrepresentation of the city’s financial obligation to the PFPF.”