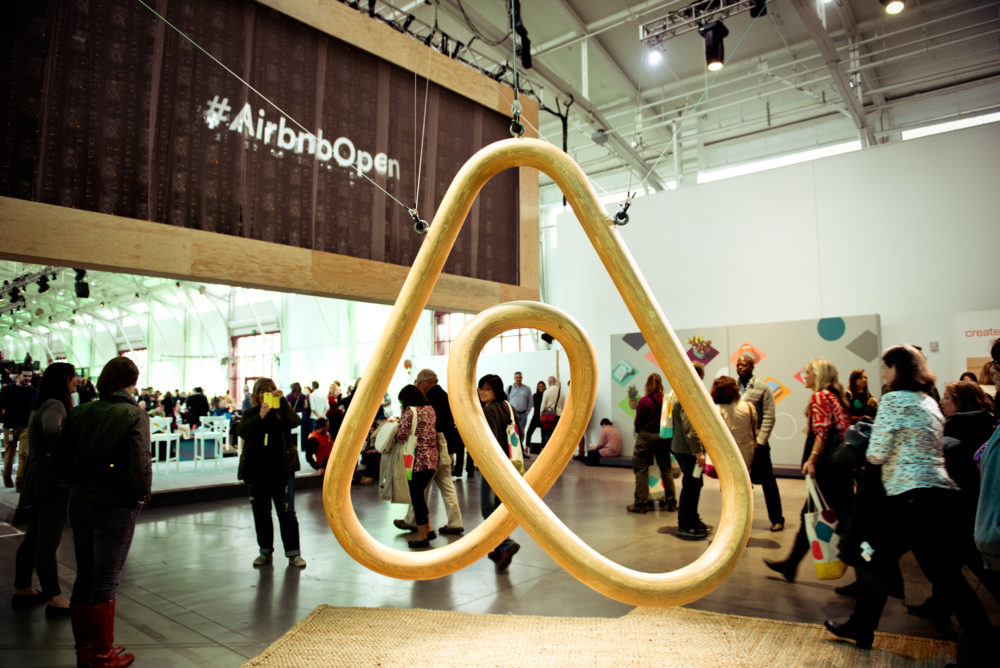 Short term rentals may have state protection if this bill becomes law.

A new group calling itself AirbnbWatch Florida has emerged declaring its goal as “to bring attention to illegal hotel operations in residential areas” in the Sunshine State.

The group is a state chapter of a national group called AirbnbWATCH, which is a project of the American Family Voices, a non-profit advocacy group that does not disclose its donors. The national AirbnbWATCH also lists the backing of such diverse supporters as the American Hotel & Lodging Association and the UNITEHERE! Local 11 labor union. AirbnbWATCH Florida’s background is not yet disclosed on either the Florida Division of Corporations or Florida Division of Elections.

“AirbnbWATCH Florida, a neighborhood watch group of concerned individuals and organizations, today launched its effort to bring attention to illegal hotel operations in residential areas that are disrupting communities and posing safety concerns for Floridians,” stated a press release issued by Bascom Communications and Consulting in Tallahassee.

Their target, Airbnb [and competing services like it] is a rapidly-growing, by-the-night, private home rental service run through apps. Last year Airbnb arranged for 754,000 visitors to stay in 16,100 private homes in Florida in 2015, according to a press release Airbnb issued in July.

AirbnbWATCH Florida’s legislative agenda, as stated on it’s Facebook page: “We urge lawmakers to close the ‘illegal hotel loophole’ and hold Airbnb accountable for keeping communities safe and playing by the rules.”

“It seems a bit counterintuitive that an organization purporting to be a ‘Florida neighborhood watch group’ is operated out of Washington D.C.,” said Ben Breit, spokesperson for AirBNB Florida. “This is simply a poorly veiled front group for the national hotel lobby. We will continue to work in support of our amazing Florida host community while engaging proactively with mayors and policymakers in all 67 counties.

Sarah Bascom, spokesperson for AirbnbWATCH Florida, insisted the group is not directed from elsewhere.

“This group has been transparent from the outset about its supporters and its objective,” she said. “It is a broad and diverse group of stakeholders who care about this issue and the need to rein in commercial operators. Opponents are simply trying to distract from the real issue, which is that they are fostering activity that is outside of the confines of Florida law on their platform and they could take simple, transparent steps to stop it. Airbnb is not the community partner they claim to be.

“There are many implications of the rise of hotels that operate outside of Florida law via home-sharing platforms. AirbnbWATCH joins residential neighborhood, affordable housing advocates and the legitimate lodging industry who all care about fair and even application of zoning, health and safety laws, and taxes,” Bascom added.

Airbnb contends it and its client homeowners abide by state and local lodging rules and regulation. But the AirbnbWatch group argues against that. The new Florida group also is alleging abuses bringing chaos to otherwise-quiet neighborhoods.

One such example is the house next door to retiree Tom Alderson, 75, and his wife in Longwood. That house was sold to someone last year and a few months later became an Airbnb-fueled bed and breakfast, he said. Alderson said he’s spent the better part of a year trying to find a government agency to get involved, without luck, and now says “the security is totally gone for the neighborhood.”

“We’ve got a year-round Spring Break happening next door to us with new people we don’t know coming in and out at all hours of the night,” Alderson said in a release issued by AirbnbWATCH. “It’s not only bad for our property values, it’s horrifying when strangers start showing up in your neighborhood night after night. Legislators shouldn’t wait for Airbnb to move in next door to them before regulating this. They won’t like it either, that’s for sure.”

The Florida Division of Hotels and Restaurants does not license or regulate Airbnb.com. However, the Division of Hotels and Restaurants retains jurisdiction over licensed establishments utilizing Airbnb.com services. Whether an individual home host applies for a lodging license and complies with state standards generally is on a case-by-case basis.

In Europe and elsewhere, the service has become enormously popular. Worldwide, Airbnb claims more than 2 million hosts and 60 million visitors using the service.

There also is a rising concern about unfair competition with highly-regulated hotels, motels and other lodging facilities in Florida.

“What sense does it make that Airbnb’s unlicensed property owners are not held to the same standard as traditional bed and breakfasts?” Florida Bed and Breakfast Inns Executive Director Patricia Detwiler stated in the news release. “To protect consumers, following fire and safety codes, operating in accordance with existing local zoning laws, and complying with the Americans with Disabilities Act should be applied evenly to the short-term rentals next door. I say a simple solution would be requiring short-term rental operators to register and be required to publish a license number when advertising.”