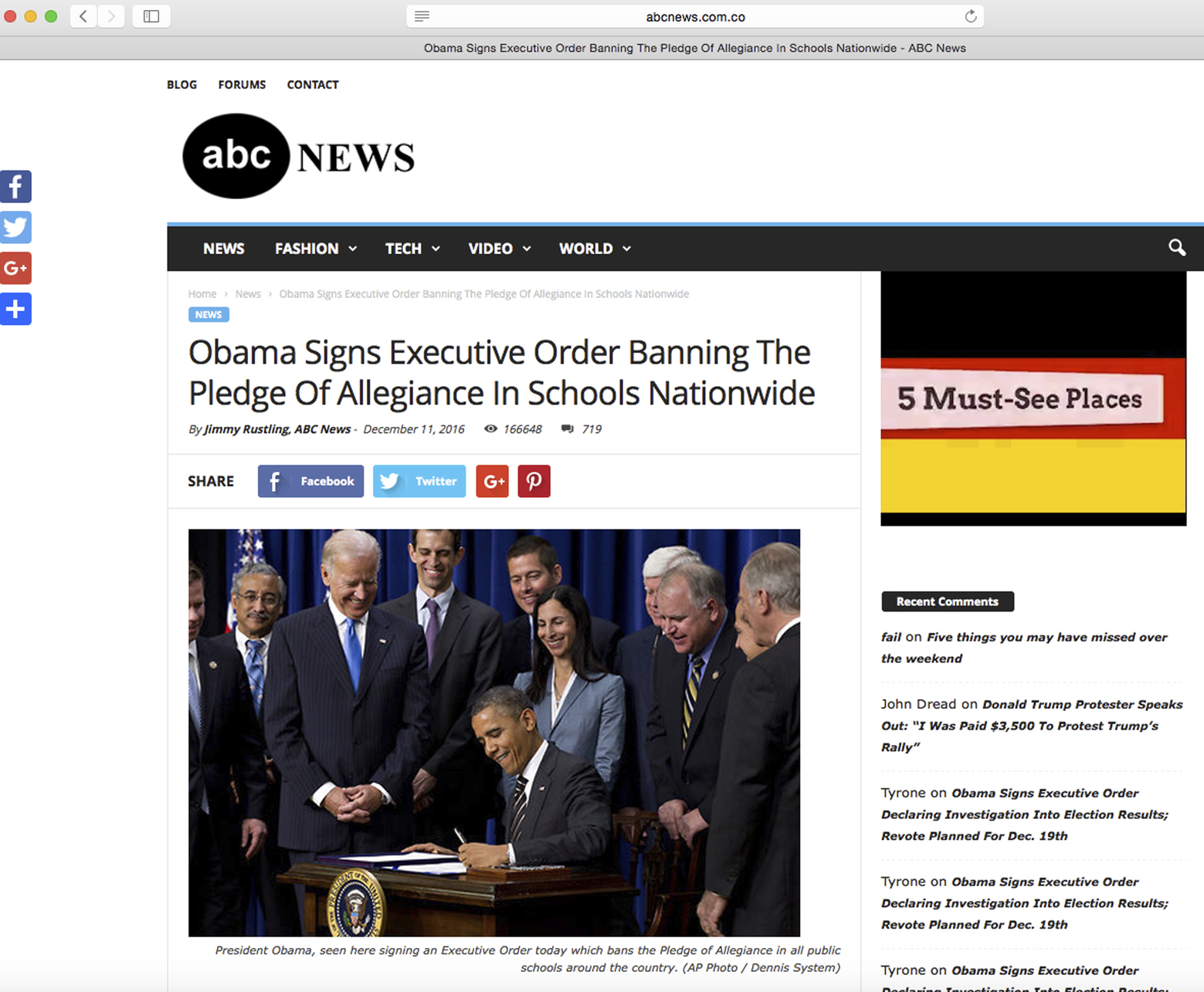 Teachers from elementary school through college are telling students how to distinguish between factual and fictional news — and why they should care that there’s a difference.

As Facebook works with The Associated Press, FactCheck.org and other organizations to curb the spread of fake and misleading news on its influential network, teachers say classroom instruction can play a role in deflating the kind of “Pope endorses Trump” headlines that muddied the waters during the 2016 presidential campaign.

“I think only education can solve this problem,” said Pat Winters Lauro, a professor at Kean University in New Jersey who began teaching a course on news literacy this semester.

Like others, Lauro has found discussions of fake news can lead to politically sensitive territory. Some critics believe fake stories targeting Democratic presidential nominee Hillary Clinton helped Donald Trump overcome a large deficit in public opinion polls, and President Trump himself has attached the label to various media outlets and unfavorable reports and polls in the first weeks of his presidency.

“It hasn’t been a difficult topic to teach in terms of material because there’s so much going on out there,” Lauro said, “but it’s difficult in terms of politics because we have such a divided country and the students are divided, too, on their beliefs. I’m afraid sometimes that they think I’m being political when really I’m just talking about journalistic standards for facts and verification, and they look at it like ‘Oh, you’re anti-this or -that.'”

Judging what to trust was easier when the sources were clearer — magazines, newspapers or something else, said Kean senior Mike Roche, who is taking Lauro’s class. Now “it all comes through the same medium of your cellphone or your computer, so it’s very easy to blur the lines and not have a clear distinction of what’s real and what’s fake,” he said.

A California lawmaker last month introduced a bill to require the state to add lessons on how to distinguish between real and fake news to the grade 7-12 curriculum.

High school government and politics teacher Lesley Battaglia added fake news to the usual election-season lessons on primaries and presidential debates, discussing credible sites and sources and running stories through fact-checking sites like Snopes. There were also lessons about anonymous sources and satire. (They got a kick out of China’s dissemination of a 2012 satirical story from The Onion naming Kim Jong Un as the sexiest man alive.)

“I’m making you guys do the hard stuff that not everybody always does. They see it in a tweet and that’s enough for them,” Battaglia told her students at Williamsville South High School in suburban Buffalo.

“It’s kind of crazy,” 17-year-old student Hannah Mercer said, “to think about how much it’s affecting people and swaying their opinions.”

Stony Brook University’s Center for News Literacy pioneered the idea of educating future news consumers, and not just journalists, a decade ago with the rise of online news. About four in 10 Americans often get news online, a 2016 Pew Research Center report found. Stony Brook last month partnered with the University of Hong Kong to launch a free online course.

“To me, it’s the new civics course,” said Tom Boll, after wrapping up his own course on real and fake news at the Newhouse School at Syracuse University. With everyone now able to post and share, gone are the days of the network news and newspaper editors serving as the primary gatekeepers of information, Boll, an adjunct professor, said.

“The gates are wide open,” he said, “and it’s up to us to figure out what to believe.”

That’s not easy, said Raleigh, North Carolina-area teacher Bill Ferriter, who encourages students to first use common sense to question whether a story could be true, to look at web addresses and authors for hints, and to be skeptical of articles that seem aimed at riling them up.

He pointed to an authentic-looking site reporting that President Barack Obama signed an order in December banning the Pledge of Allegiance in schools. A “.co” at the end of an impostor news site web address should have been a red flag, he said.

Some of Battaglia’s students fear fake news will chip away at the trust of even credible news sources and give public figures license to dismiss as fake news anything unfavorable.

“When people start to distrust all news sources is when people in power are just allowed to do whatever they want, said Katie Peter, “and that’s very scary.”

nextReport points to problems with AOBs, and a way around one proposed fix