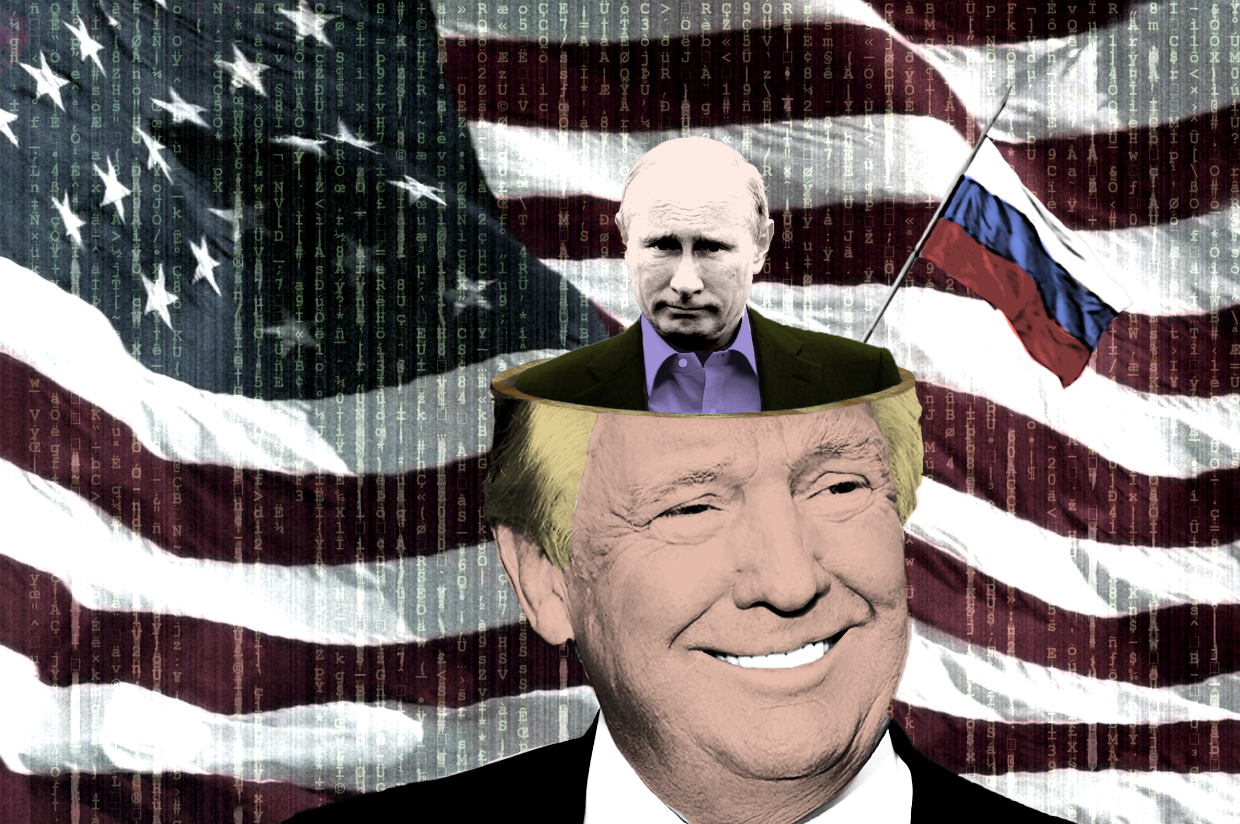 One of the guilty pleasures of my misspent youth was the movie Red Dawn, a 1980s cult classic depicting the Soviet invasion of America. While it undoubtedly has artistic value, it’s also notable for including the last role Charlie Sheen played while sober.

Red Dawn featured a stirring display of Eastern Bloc military hardware and thousands of faux-Soviet troops parachuting into the American heartland. It was fun, exciting and in the end, utterly unbelievable.

But, in the past few days, my mind has started to form an equally far-fetched scenario. What if the Russians could gain control of our country, all without firing a single shot?

Consider for a moment this possibility: President Donald Trump is a Russian mole. I know, I know. I felt more than a little ridiculous writing that sentence, and I’ve tried blocking the thought with a tinfoil hat.

But now that Team Trump has given us license to explore all manner of “alternative truth,” why not take a few minutes making the case that Vladimir Putin, the former KGB handler and undisputed master of espionage, has — through a remarkable combination of guile and luck — installed his secret do-boy in the Oval Office?

So, we start with that threshold moment when the Russians gained their initial leverage over Donald Trump.

According to news sources, Trump visited Moscow in 2013 as part of his involvement with the Miss Universe pageant. Some allege that during his trip Trump hired prostitutes to entertain him at the Moscow Ritz-Carlton in, let’s just say, irregular ways.

Does it fall within the realm of the possible that Trump, the Pussy-Grabber-in-Chief, can let his freak flag fly while visiting remote foreign capitals? I’ll let you decide.

A pivotal figure in Trump’s nascent campaign was Paul Manafort, a Washington lobbyist who, in addition to being Trump’s top campaign adviser, also happened to be the top campaign adviser to Viktor Yanukovych, a pro-Russian candidate that Manafort spent years successfully grooming to become the president of Ukraine.

Yanukovych was eventually ousted and fled to Russia. In his wake, however, Yanukovych left secret campaign ledgers showing more than $12 million in payments to Manafort.

When the press revealed these embarrassing Russian connections, Manafort stepped down as Trump’s campaign manager, continuing a less formal role behind the scenes.

The important point here is this: From the very outset, Trump’s presidential campaign had a heavy Russian presence; its internal mechanics directed (on a day-to-day basis) by someone with extraordinarily powerful ties to pro-Russian elements.

What if Manafort had run two, not one, presidential campaigns for his comrades — one in Kiev, the other in Manhattan?

In fact, such power manifested in unusual ways, when (apparently Russian) hackers gained access to the private emails of high-level Democrat Party officials. The drip-drip-drip of embarrassing revelations through WikiLeaks famously played out for months.

Trump’s campaign exploited those emails to great effect as an immense vulnerability of the Clinton effort. It served as a prelude to one of the closest presidential races in American history (after all, Hillary did win the popular vote by a margin of millions).

What may have been decisive was the advantage Russians essentially gifted to the Trump campaign.

Assuming the Russians invested in Trump’s campaign, that return on investment was immediate. Indeed, the benefits began before the inauguration.

When, in the last week of 2016, President Obama imposed sanctions Russian meddling in the election, and Trump’s man Mike Flynn was there to assuage the Russian ire.

By now, we all know the story: Flynn contacted the Russian ambassador on the day the sanctions were announced, and suddenly a belligerent Russia stood down to patiently wait for the Trump Administration to arrive.

Later, Flynn denied this was the purpose of the conversation — as did the Russians. But, inconveniently, U.S. intelligence recorded the call.

In this thought experiment, it’s engaging to consider how a president might behave if, hypothetically, he had been turned by the Russians.

First and foremost, his immediate desire would be to marginalize the institutions of accountability that could potentially expose that connection, most notably the intelligence community and the press.

Next, he might act as the chief apologist for Russia, seeking to explain away any manner of wrongdoing, even murder.

He might also use the enormous power of the Oval Office to persuade foreign leaders to cooperate with Putin.

And, could he even be so brazen as to put millions of Americans at risk, simply in deference to Russia’s clandestine and illegal deployment of potential nuclear missiles? Is Trump a wholly-owned subsidiary of Putin, Inc.?

I assume it will be months (or years) before we get to the bottom of this, and that’s only if Congress allows an investigation to proceed. Or if we can keep the Fourth Estate intact, despite Trump’s daily assaults.

But, in the meantime, what’s most interesting is the weird inversion taking place in the natural political order. Republicans, with a few exceptions — Sens. John McCain and Lindsey Graham — seem (at least for the moment) willing to turn a blind eye to the dubious stances and secret dealings of Team Trump, particularly in regards to our single biggest global nemesis, Russia.

American elected officials who endlessly talk about patriotism and sacrifice are now — either by act or omission — providing cover to Vladimir Putin.

Conversely, the Democrat Party, not often viewed as staunch opponents of collectivist philosophy, is ironically all that may stand in the way of America fully embracing Putin and his kleptocracy.

If (or when) this plays out, we’ll be lucky if we’re not standing behind a barbed wire fence, desperately screaming: “Avenge me!“