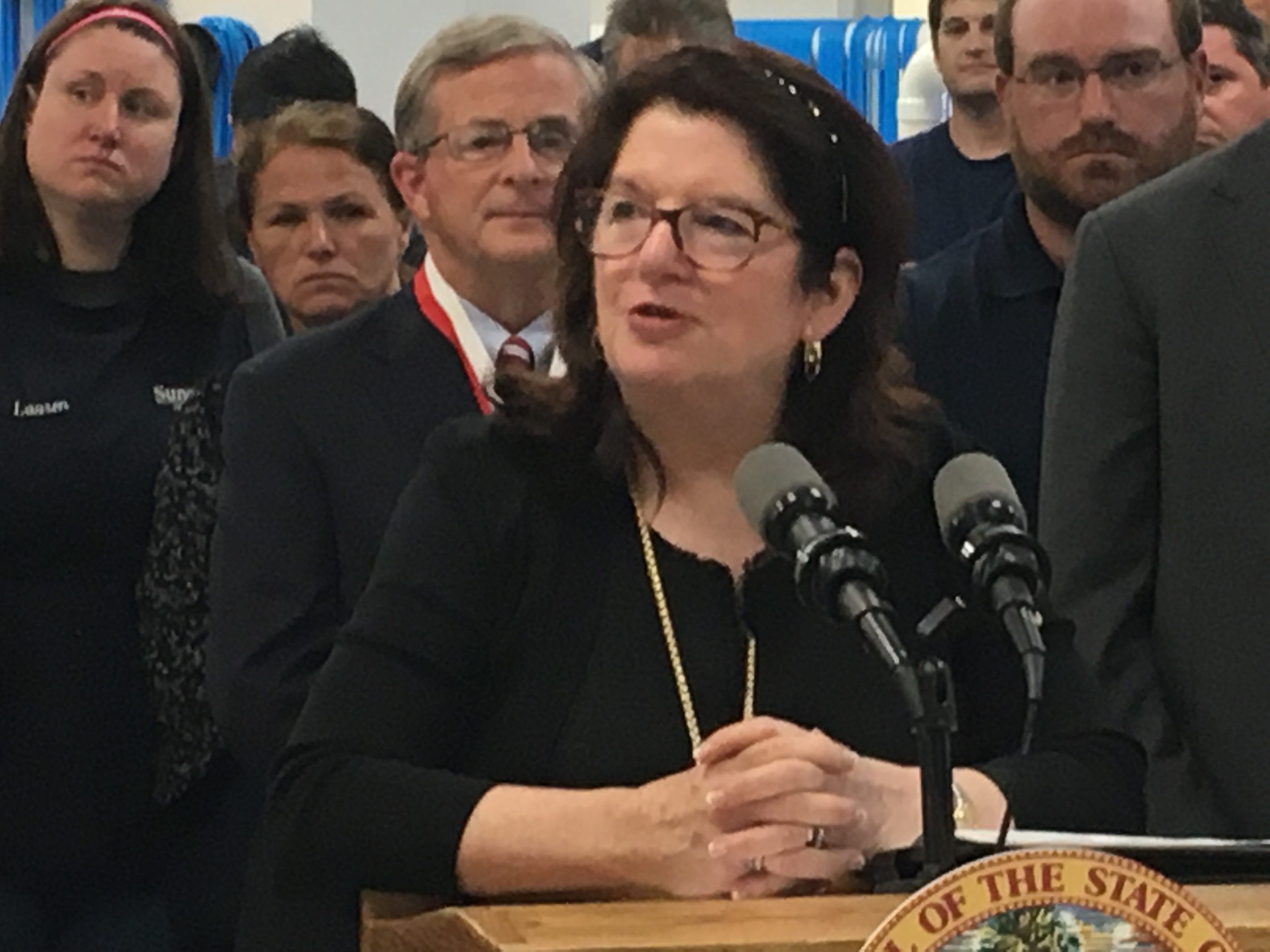 Jacksonville City Council President Lori Boyer gaveled out her last meeting Tuesday, one with its share of contentious moments on a couple of bills, contention that reflected the aftermath of a power struggle on Council related to the race to replace her.

However, before all of that, Boyer had quite a year.

On her watch, the Council ratified pension reform — a priority of the city for years now, and one that closed the city’s defined benefit plans to new hires.

That closed the extant defined benefit pension plans to new hires, creating a new defined contribution plan for them, a mechanism which  — when combined with a future revenue source via a sales tax extension that kicks in by 2030 — offers some budget relief that will go to infrastructure and new hires for long-suffering city departments.

That issue had plagued city government for most of the decade, with failed expansion attempts in 2012 and 2016. Boyer was able to ensure the integrity of the process, handling the heated discussions from proponents and opponents in a way that codified protections for LGBT people that didn’t impact religious institutions — a key worry of the religious right.

And Boyer also spearheaded an initiative of value to her personally: waterways activation.

On Wednesday morning, Boyer discussed these matters and more with FloridaPolitics.com.

Boyer noted, as she prepares to hand the gavel over to Anna Brosche (whom she thinks will be a great Council President), that she is happy to be “free of the imposed neutrality” that comes with being Council President.

Boyer, in the past, watched Council Presidents “challenge others from the chair,” and that doesn’t work well — so she maintained neutrality in policy discussions, serving as a facilitator of the debate.

And that facilitation proved key on issues like pension reform and the HRO; in each case, her process was that of a “deliberate structure,” with a “beginning, middle, and end in sight.”

That structure allowed her to make sure people’s questions and concerns were addressed, so that they didn’t feel “bulldozed,” and so they did feel that a “full debate” was held.

On pension reform, Boyer saw herself as the manager of the process, balancing the timeline that the Lenny Curry Administration had on pension reform with the need to work through process “hiccups” and the need to get information about some things that were less than clear early on.

The referendum, and the Council vote for it, represented a “decision,” Boyer said, that the “sales tax mechanism” that kicks in by 2030 was a “viable tool to pay the debt.”

The bridge, Boyer said, was already crossed by the time Council voted to ratify the collective bargaining agreements.

While Boyer “may have negotiated something different” with the public sector unions, all of which got generous raises during collective bargaining, the choice was clear: to “accept it as proposed or come back next year with a different version.”

“No one argued that,” Boyer said.

Ultimately, Boyer said, the city is in a better place because of the reforms, which are not just a “short-term thing,” but a way to earmark revenue to a problem that had stymied the city for years.

Pension reform: “a huge win for our city,” Boyer said, with a “lot of credit” due to Curry and his team.

Regarding the hot-button HRO issue, Boyer noted that the debates of 2012 and 2016 offered a foundation for what happened this year. Lots of opinions and specifics had been advanced previously.

“This was not a brand new issue,” Boyer related, with “debates around the country and here” ahead of the Council vote this year.

Boyer gave the committees room to operate, not forcing votes. But she had a predilection.

“I’m action oriented. Either do something or don’t, but stop talking about it,” Boyer said, even as she wondered if the Council was at a place where “we have consensus or not.”

As well, Boyer noted that issues like the HRO can “exhaust the Council to where they don’t get other things done.”

In that context, she wanted — and got — an orderly process, and the issue in Jacksonville’s rear view mirror.

“It’s not well-understood at this point,” Boyer said, adding that it’s more than just boat docks and expanding the Riverwalk; indeed, it’s an issue of civic identity.

She noted that when on an economic development trip to London, she had given thought to the lackluster nature of Jacksonville’s brand, which can and should be more than generically asserting that Jacksonville is a place to live, work, and play — especially in light of the city’s unique assets.

“1,200 miles of shorelines,” Boyer related, and a “downtown river … that compares to all the great river cities,” and beaches that compare with others in the state, along with Talbot Island and preserve areas that are “every bit as interesting as Asheville.”

The river and those assets have been a draw, Boyer said, for everyone from the Timicuan Indians to the United States Navy — and in that context, waterway activation is akin to civic activation, with potential ROI huge given that the city has “already built so much of this.”

The city could build a narrative around what could be done on the water here: Jacksonville’s unique value add, which could solve both economic development and branding problems — if the assets are maximized.

Looking at the Council as it is and as it will be next year, Boyer is encouraged by the development of those first-term members who served as chairs of committees; they “learned the role and understand the process.”

Others, she suggested, can stand to develop “maturity in the relationship aspects” of being on Council.

“The risk is in not knowing how the process works … there’s always another bill, another occasion, another deal where you’ve got to work with somebody.”