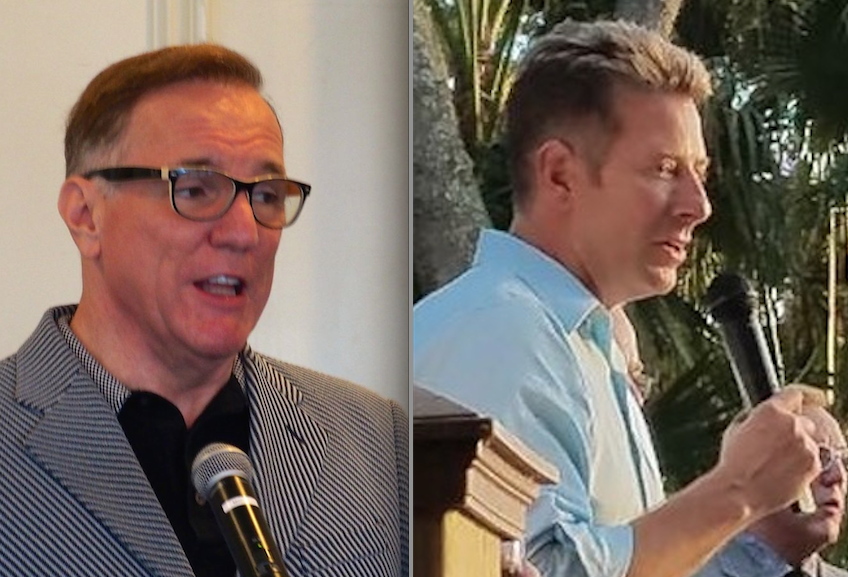 Randy Ross, founder and president of the Orange County Trump Republican Club, said Friday he and his board voted to dissolve their state charter with the state Republican Party and go it alone, renaming the club the Trump 2020 Club. Ross informed the Republican Party of Florida of that in a letter Tuesday.

That will be fine with the Republican Party leaders in Orange County, because they had sent a letter to RPOF Chairman Blaise Ingoglia on Wednesday asking him to revoke the Trump club’s charter.

The split is ugly, with Orange County Republican Chairman Lew Oliver charging that Ross and the Trump Club mishandled finances to the point that it was “fatal to financial confidence of the organization;” while Ross disputed that and said the club’s rapid growth had alarmed local Republican officials who saw it as a threat to their authority.

It’s probably a foregone conclusion that the Trump Club is splitting, since Ross said he and his board concluded they don’t want or need the party’s backing, especially since they want to open its membership to non-Republicans; while Oliver and Republican leaders don’t want the club associated with the party anymore.

Ingoglia and the RPOF did not respond to inquiries about the matter.

Oliver said that in the letter he, Orange County Republican State Committeewoman Kathy Gibson and State Committeeman Paul Paulson sent to Ingoglia, they charged that Ross had violated the charter’s rules by soliciting and accepting dues and then collected those dues through a PayPal account, and transferred them to Ross’s personal bank account, where money was co-mingled, making it impossible to trace the club’s money. Oliver said the club also did not have a treasurer, a finance committee, or a budget.

“We didn’t say we believed Randy did this intentionally or deliberately, but we also said it was so sloppy and negligent that it was fatal to financial confidence of the organization, and the Republican Party needed to take a very firm stand that this is not how we do business, and we won’t allow it,” Oliver said.

Ross, a former chairman of the Donald Trump For President Campaign in Orange County, disputed Oliver’s assertions and declared, “the chairman is lying.” Ross also called him an embarrassment for having overseen the drop in Republican dominance in the county and for not filling numerous vacant precinct chair positions, and called for Oliver’s immediate resignation.

“Time to drain the swamp in Orange County … too,” Ross said in an email.

Ross said that at a recent meetings with the Orange County Republican Executive Committee he clarified the club’s finances; and that an audit by Republican County Vice Chairman Chadwick Hardee found no evidence of missing money. Hardee also reported to Oliver that a new bank account had been opened to handle the club’s money, and a new treasurer was coming on board. Ross said he complied with every request the committee made.

Ross said the club has more than 100 active members and another 3,100 on Facebook, and claimed it was the largest Republican club in Florida.

He said the primary reason the club decided to break with the party this week was because the party informed it on Monday that it could not accept any Democrats or independent voters as members.

In his letter to Ingoglia, Ross stated, “Additionally, while we have no Democrats or NPA’s in our club, I do believe not allowing other Trump supporters to help in their transitioning to the party is a mistake. It goes against the concept of the club nurturing others to become Republicans and join OCREC.”

Ross contended the Republican leadership’s recent concerns were about the club’s rapid growth in Orange County, where Republicans are nervously split in their views of President Trump.

“Our membership scares the hell out of the establishment; that’s the truth,” Ross said Friday.

“I don’t scare easily. I’ve faced lots more scary things than Randy Ross. This is not that scenario,” Oliver replied. “This has nothing to do with Trump as a movement, or Trump as an organization, or Trump as president. This has to do with Randy Ross mishandling money.”