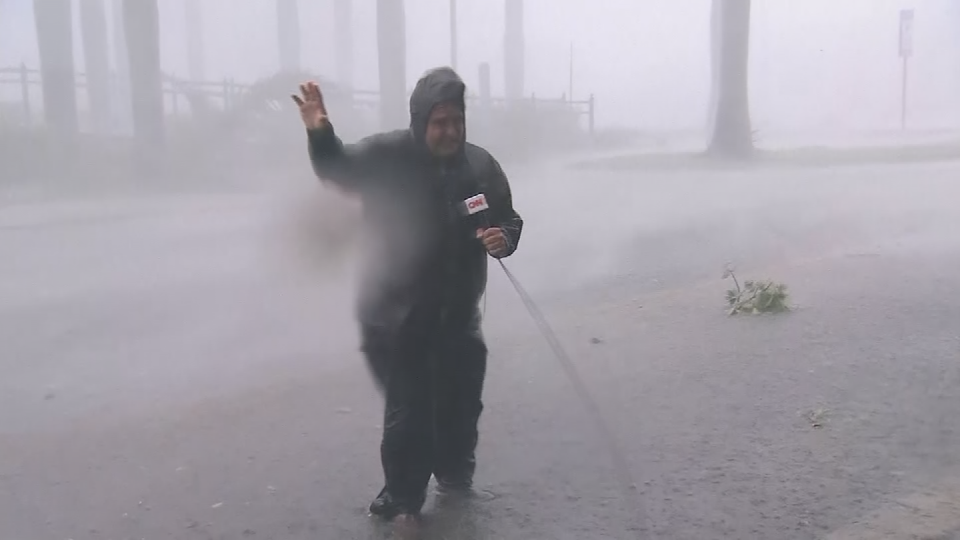 Irma was a monster; some parts of the state were lucky, others were not. My prayers are with all those impacted by the storm.

Shout outs to our state and local leaders for keeping everyone in the loop; a lot was learned from Hermine last year. I personally thought Gov. Rick Scott did a great job with communication and his relentless messaging. That is what it’s about. Keep the people in the loop. Same with county officials, they also did a great job.

U.S. Sen. Bill Nelson was also all over the place keeping the people in the know.

On Monday, I was talking on Twitter with Skip Foster of the Tallahassee Democrat about Irma (during the storm), because you honestly could not get a straight answer on the Weather Channel for what was about to happen in North Florida (meaning that after a rough sunrise, we got hit).

Skip was like “look at the radar,” it’s gone. Meanwhile, several other media outlets were still saying the worst was yet to come. It was what they were saying all weekend. But then … poof … never mind, show’s over folks.

I don’t think I ever need to see another reporter doing the “I’m in the really strong wind stance” while covering a storm. Really? Isn’t that sensationalism at its core? I only want to see it if it’s Geraldo (that guy can cover anything).

But, seriously, when a storm is barreling down on you, it would be nice to just have the facts. Thanks, Skip. So, as for the facts next time, grab the latest app and keep informed when a storm rolls around.

For finding fuel, which is still an issue, try GasBuddy, it will tell you where to find gas, and in the non-storm world, it can help you find the cheapest gas.

Another monster app that is really helping people in places like the Keys where cell towers are destroyed is called Zello. As long as there is a wireless network of some kind going (you can use your cellphone as a hot spot, you know), you can use this walkie-talkie app to communicate with others that have it. Innovation at its finest. Very cool.

Considering our interstates are still clogged, Waze can help navigate the roads and find shortcuts when available. These apps can all help you bring some calm, before, during and after the storm.

Lastly, you need Bottle Flip, a time-wasting gem of an app, for something to do besides watch the trees bend into Cirque De Soleil/Forest Road Show-like shapes.

I wish our state and island neighbors a speedy recovery, help where you can and prayers for all those who were in the path of this storm and the next one, whenever that comes.

Blake Dowling is CEO of Aegis Business Technologies and can be reached at [email protected]. Blake enjoys electricity, cold beverages, television and fuel for his car. The end.